The Washington Nationals called 2010 2nd Round pick Sammy Solis up to the majors on Wednesday, adding the 26-year-old left-hander to a bullpen that already features lefties Matt Grace and Matt Thornton.

"Honestly, I think I'm finally ready to make an impact with the team. I'm just working hard, keeping my head down and let the front office make the decisions." - Sammy Solis in January of 2014

Solis was ranked sixth overall on Baseball America's list of the Nats' Top 10 Prospects that Fall, the second-highest ranked left-hander in the organization behind Robbie Ray, who was subsequently dealt to the Detroit Tigers.

Heading into the 2014 campaign, Solis told reporters that he felt he was finally in a position to contribute at the major league level for the franchise that drafted him with their second pick after they took Bryce Harper no.1 overall in 2010.

"I think I'm finally ready to make an impact with the team," Solis said. "I'm just working hard, keeping my head down and let the front office make the decisions."

"It's very exciting," he said of the possibility of pitching in the majors that year.

Unfortunately for Solis there was another stop. He threw a total of 18 innings in 2014, with a back issue limiting him in Spring Training and elbow soreness leading to him getting shut down in late May.

Solis returned to the mound in August to make two appearances for the Gulf Coast Nationals.

Heading into the 2015 campaign, the hope was once again that he could stay healthy and potentially contribute at the major league level.

"'Hopefully, this is a year where he can stay healthy and help us,'" Nationals' Director of Player Development Mark Scialabba told MASNSports.com's Byron Kerr this past February.

"Because he certainly has the talent to help us at the major level. It's just a matter of being able to stay on the field."

Until 10 days ago, Solis was working in extended Spring Training. He was then sent to Double-A where he made three appearances before he was called up to the majors today.

The Nationals' plan for the now-26-year-old lefty, is to use him out of the bullpen, as Nats' GM Mike Rizzo explained to reporters, including NatsInsider.com's Mark Zuckerman, today in Atlanta:

"'He’s a guy with really good stuff,' Rizzo said. 'And every time I’ve seen him pitch, be it in the minor leagues or as an amateur or big-league camp, he’s thrown extremely well for us. He just keeps getting sidetracked by these injuries. We thought maybe a bullpen role will keep him able to pitch more.'"

Matt Williams was asked before the series finale with the Braves what he saw in Solis?

"Just the ability he's got to throw two pitches for strikes," Williams said. "He's been working out of the bullpen, so he's pitched one, one and a multiple inning [outing], so he's getting used to that. 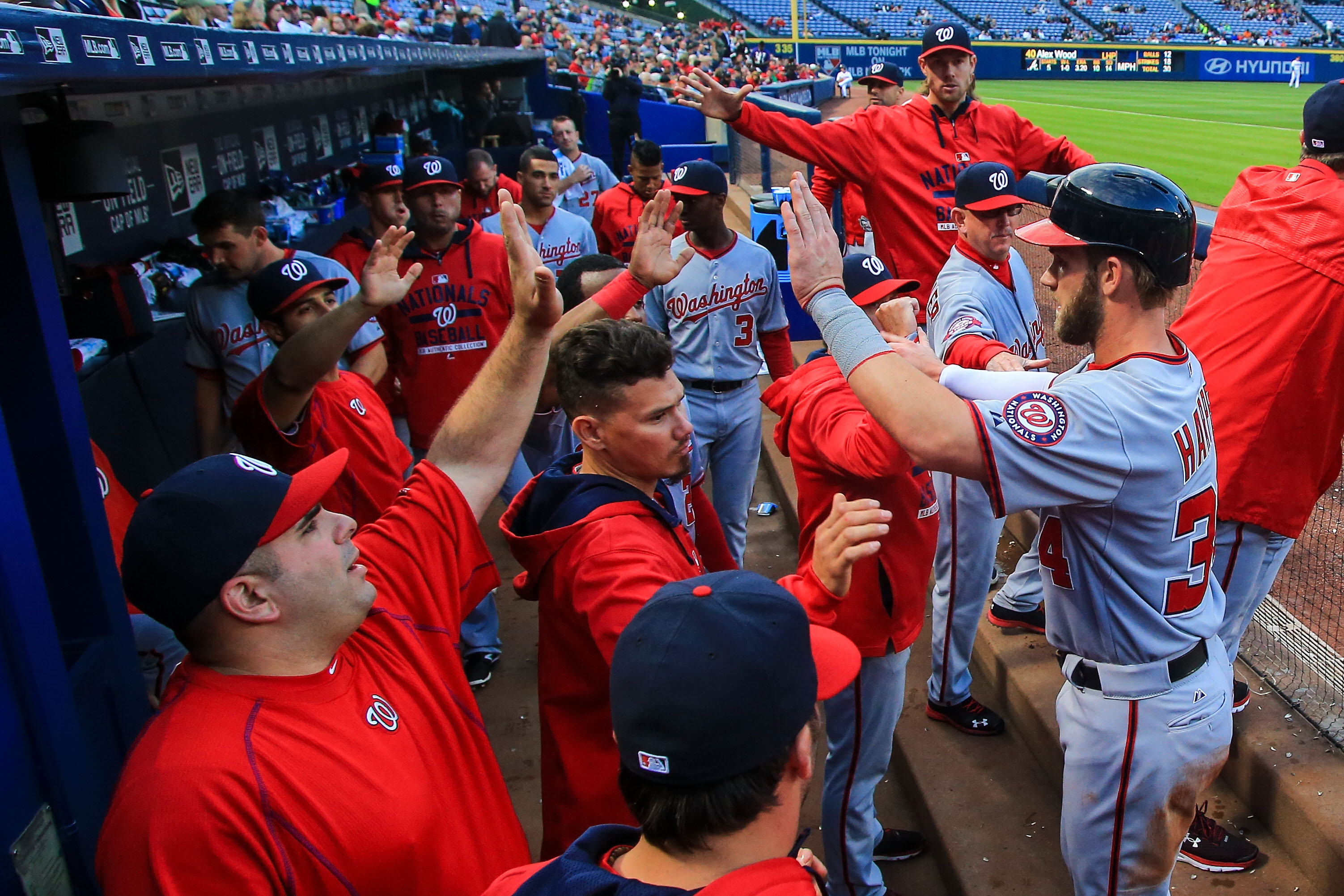 "I just think any time you can find a power lefty, a guy that throws the ball in the mid-90s from the left side, that's something good. He's had some injury issues, so a change to the bullpen may make it a little easier for him to deal with that where he doesn't have to go out and extend to a hundred pitches."

Solis, one of three left-handers in the Nats' bullen now along with Matt Grace and Matt Thorton, didn't get into Wednesday night's 13-4 win over the Braves in Turner Field, but if he does debut tonight in New York, he'll become the fifth rookie to make his MLB debut for the Nationals in the month of April after Rafael Martin, Felipe Rivero, Matt Grace and A.J. Cole.