Washington Nationals' manager Matt Williams announced a number of roster moves this afternoon though not everything has been decided. Clint Robinson made the cut. Veterans Rich Hill and Mike Carp were reassigned to minor league camp...

Matt Williams was asked this morning how he would make the last few tough decision on the Washington Nationals' Opening Day roster. There weren't too many to make at this point, but a spot on the bench and one in the bullpen were seemingly still up for grabs as the Nats prepared to play their final exhibition game before Monday's season opener.

"I think that we have a number of different things to look at," Williams explained.

"We want to be balanced with regard to all of our bench. We want to have the ability to hit the ball over the fence when we need to..." -Matt Williams on making final roster decisions

"One, we want to be balanced with regard to all of our bench. We want to have the ability to hit the ball over the fence when we need to, on occasion. It doesn't happen very often but the threat of that is important. We want to have some semblance of speed, where if you get in a situation where you need to steal a base late in the game, we're given the opportunity to do that, we want to accomplish that to set ourselves up to score a run late in a ballgame. We want to defend, so that's important to us too, so that's why all of those guys are here and that's why the decision has come down to today."

Williams went on to say that having someone who's been there and done it before was important.

"We want guys that, one, have the ability to do it. Two, maybe a little bit of history of doing it. That when they step into that position, they've been there, they know, it's not something that's new. So all of those things come into play."

After the Nationals' 4-3 loss to the New York Yankees today, Williams and the Nationals announced the latest moves.

Clint Robinson, who signed a free agent deal with the Nats this past December and put up a .320/.382/.580 line this Spring with five doubles, a triple and two home runs in 27 games, made the cut, earning a spot on the Opening Day roster.

Williams said he was impressed with the 30-year-old, one-time Royal and Dodger, who's played a 13 major league games thus far in his career and 921 games in the minors with Kansas City, Toronto and Los Angeles.

"He's got a short, repeatable swing. And he played well. And it's important to have left-handed help..." -Matt Williams on Clint Robinson making roster

"Just consistency," Williams said when asked what he saw from Robinson. "He's got versatility. He played first base and he played the outfield. Played well in right field. He's got a short, repeatable swing. And he played well. And it's important to have left-handed help, especially with our roster, because generally it's right-handed-heavy. So he's a guy that we can count on in that regard. So we're happy to have him."

While breaking the news that some players have been reassigned or cut is tough, the second-year skipper said that telling a player he's made it is one of the good parts of his job.

"It's fun to be able to tell somebody that the hard work that they've done has paid off," he said. "On the other side of the coin, it's not easy when it's the other way. For Clint, he's excited about it and I think he can help us."

The Nationals told veterans Rich Hill and Mike Carp today that they were reassigned to minor league camp, but Williams said they haven't made all the final decisions on the bullpen.

"We haven't done that yet," he explained. "We know that Rich has pitched really well in Spring Training.

"He's got pedigree. He's been in the big leagues. He understands it. We will officially do that tomorrow, late. But for Rich, I want him to make sure that he stays ready and he's able to help us if need be."

With Hill reassigned, Xavier Cedeno and Matt Thornton are two lefties remaining in the bullpen mix, but Washington Post writer Chelsea Janes threw another possibility out there:

In addition to Xavier Cedeno, Felipe Rivero could also be in mix for final bullpen spot. Pitched today, and has a locker here.

The Nats will also have to wait on a decision from Carp to see what he wants to do after learning he was reassigned. 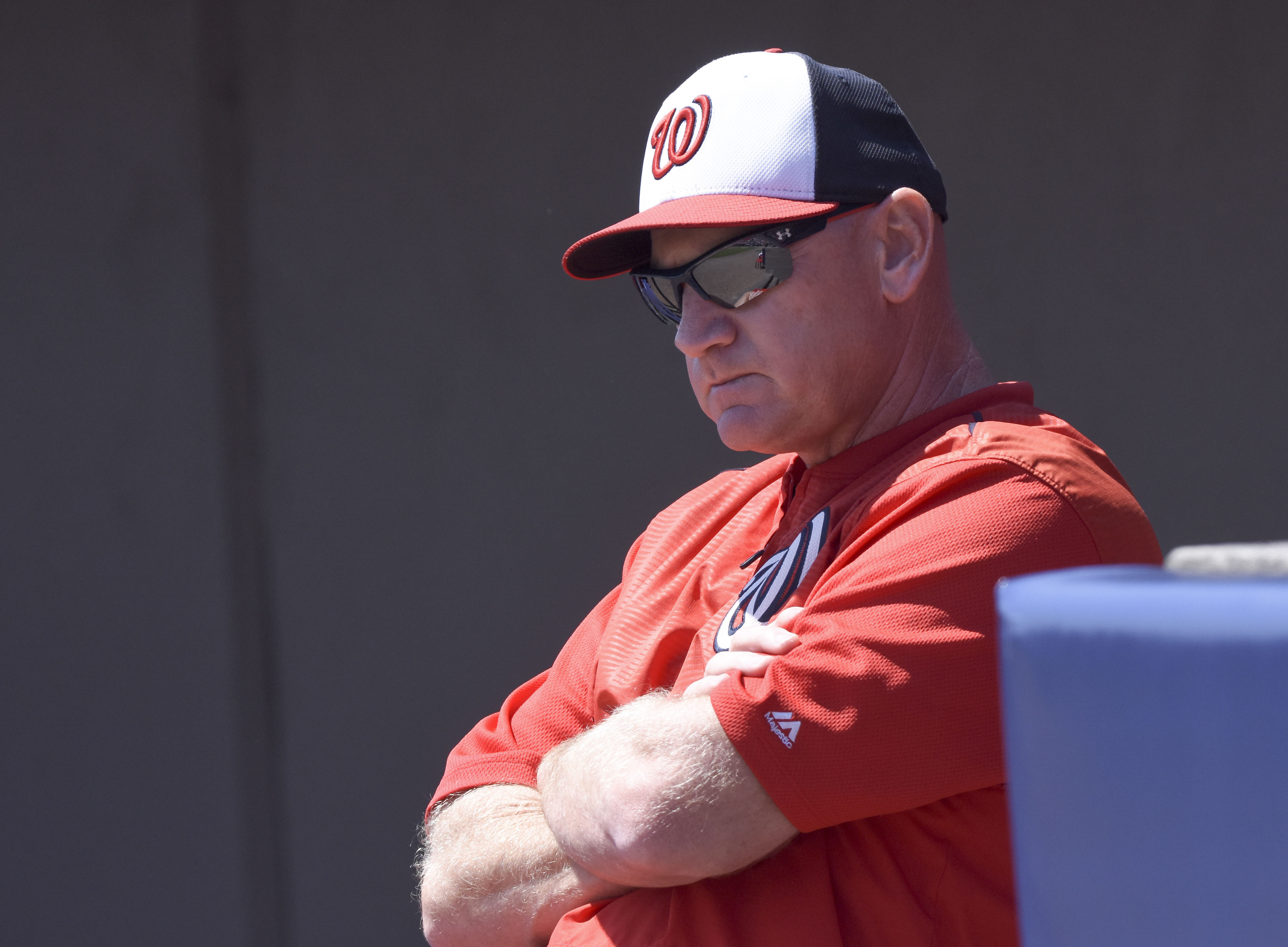 "Mike Carp was re-assigned to the minor leagues and he has an option in his contract," Williams explained. "He's got an out in his contract, so we'll know what his intentions are (in) the next couple of days."

"Danny had a great spring," Williams said. "I think that what he showed us is he's comfortable, he's seeing the baseball well. He's started games. He's come in late. He's pinch hit. He's done all of the things that he's done in the past. This guy brings a lot of success with him. That's what I saw from him. Confidence. Calm at the plate. Seeing the baseball well. Tomorrow we'll be able to make those determinations, but Dan played really well."