The Washington Nationals' hitters didn't come up with much offense on Opening Day, so a solid outing by Max Scherzer wasn't enough in what ended up a 3-1 loss to the New York Mets. Can the Nats make up for the absence of last year's 1-2-3 hitters?

Max Scherzer's debut was impressive, but it was shaping up to be something special even if thoughts of a no-hitter in the sixth inning were a bit premature. After issuing a leadoff walk to New York Mets' leadoff man Curtis Granderson in the first at bat of the game, Washington's 30-year-old right-hander retired seventeen straight batters before he issued his second walk of the game to Granderson.

An error by Ian Desmond on a pop-up to second by David Wright in the next at bat and a two-run single to right-center by Lucas Duda followed, providing the margin of victory in what ended up a 3-1 loss for the Nationals.

The Mets' third run scored on an RBI triple by catcher Travis d'Arnaud that Michael Taylor tracked to the wall in center but didn't catch. Juan Lagares scored from first on d'Arnaud's hit after reaching on Desmond's second error of the game.

"I thought he pitched really well," Nats' skipper Matt Williams told reporters after the loss. "First hit he gave up was the difference in the game. Miscue behind him, that was the difference today. He was really good, as advertised."

It was the difference because the Nationals' offense struggled against Mets' starter Bartolo Colon connecting for just three hits and one earned run which came on Bryce Harper's home run to right in the fourth.

The Nationals struck out eight times in Colon's six innings of work, and came up hitless against the Mets' bullpen.

Two runners reached with one out in the first, with Michael Taylor singling and Yunel Escobar reaching on an error by Mets' second baseman Daniel Murphy, but Harper and Ryan Zimmerman K'd swinging and Wilson Ramos grounded out to second to end the threat.

"Early on... in the first inning we had a chance and didn't get it," Williams said, "but just keep putting pressure like that on the opposing team and we'll take our chances in that regard."

The Nats' second-year skipper, as he did throughout his first season on the bench in the nation's capital, stressed that he believes as long as his hitters keep generating chances the runs will come.

"We just want to keep providing ourselves these opportunities," he said. "We'll come through, but keep providing those for us and we'll take our chances."

The Nationals will, however, have to try to generate opportunities with the hitters they have available until Jayson Werth, Denard Span and Anthony Rendon are back in the lineup.

"Any time you're missing your main guys, 1-2-3 hitters, you want to take advantage of opportunities," Williams said. "But we just need to continue to give ourselves those opportunities."

So when will the Nationals' 1-2-3 hitters be available again? Williams talked about the Nats' injured players before the season opener.

The Uggla-ness of it all 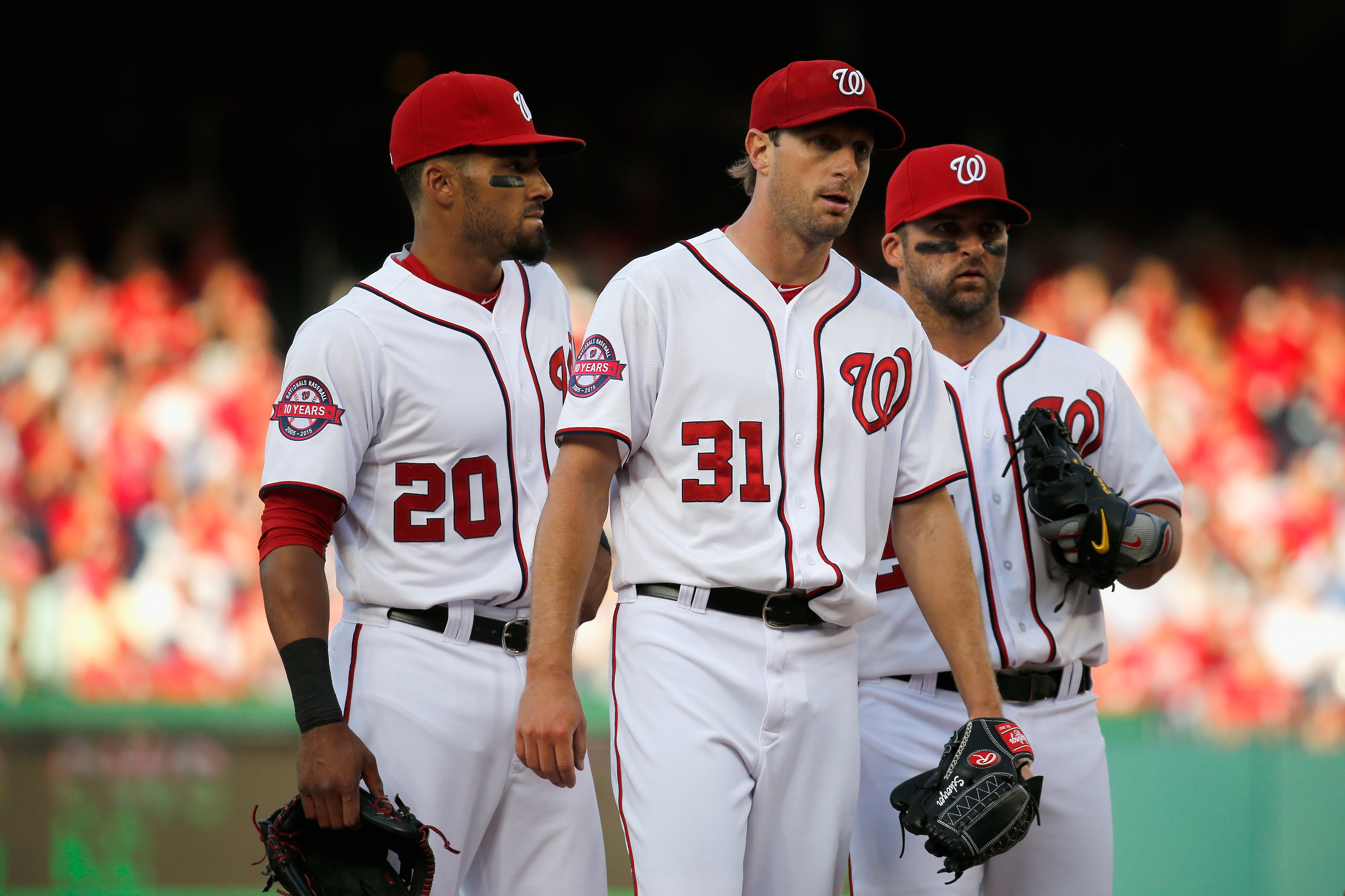 "We have this lull betwteen today and the ninth when the minor league season starts, so we have them here and we'll work them out over the next three days and send them out for rehab assignments.

"Then Anthony, of course, is week to week. He's doing exercises, he's doing the things he needs to do, but that injury does take some time to heal."

"I think Jayson's probably the closest," Williams continued, "but Denard is going through a full workout and playing in those minor league games. It's a little bit spring-training-esque for him right now where we'll get him three innings we'll get him to five innings and then get him out on a rehab assignment to build up and start playing in games.

"Jayson's closer. Anthony's probably the furthest away, but that can change this week. If he starts feeling good, then we can start ramping him up and getting him going as well."