The New York Mets threatened to come right back in the second after Ryan Zimmerman put the Washington Nationals up 2-0 early last night, but Jordan Zimmermannn struck Curtis Granderson out with the bases loaded, to preserve the lead, which held up.

Share All sharing options for: Nationals' Jordan Zimmermann and Matt Williams on 3-2 slider to Curtis Granderson, 2-1 win over Mets

Zimmermann's first outing of 2015 was delayed 56 minutes by the threat of rain, but Washington's 28-year-old right-hander took the mound in Nationals Park just after 8:00 PM and went right to work against the Nats' NL East rivals.

After Ryan Zimmerman's first home run of the season put the Nationals ahead early, 2-0 after one, the Nats' starter found himself in a bit of jam in the top of the second after three straight one-out singles cut the lead in half and a fourth single one out later loaded the bases in front of Mets' leadoff man Curtis Granderson.

"As long as he throws it with conviction, then he's good. Curtis is a good fastball hitter, so he felt good about throwing that pitch in that situation." -Matt Williams on Zimmermann's 3-2 slider to Granderson

Granderson questioned the call, leaned in to hear Everett's take over the noise of the crowd and walked away having left the bases loaded in what would end up being the Mets' best opportunity of the night against the Nationals' starter.

Nats' skipper Matt Williams was asked after the game about the decision to drop a full-count bender in on Granderson.

"He feels good about the pitch," Williams said. "As long as he throws it with conviction, then he's good. Curtis is a good fastball hitter, so he felt good about throwing that pitch in that situation."

"'I knew he was sitting fastball on a 3-2 count,'" Zimmermann told reporters, including MLB.com's Bill Ladson. "'I figured if I get a slider close, he would probably punch out and that's what I went with."

Zimmermann settled in after that, retiring ten straight batters before Lucas Duda singled to right with one down in the sixth. Two outs later, however, the Mets' first baseman was stranded at first. 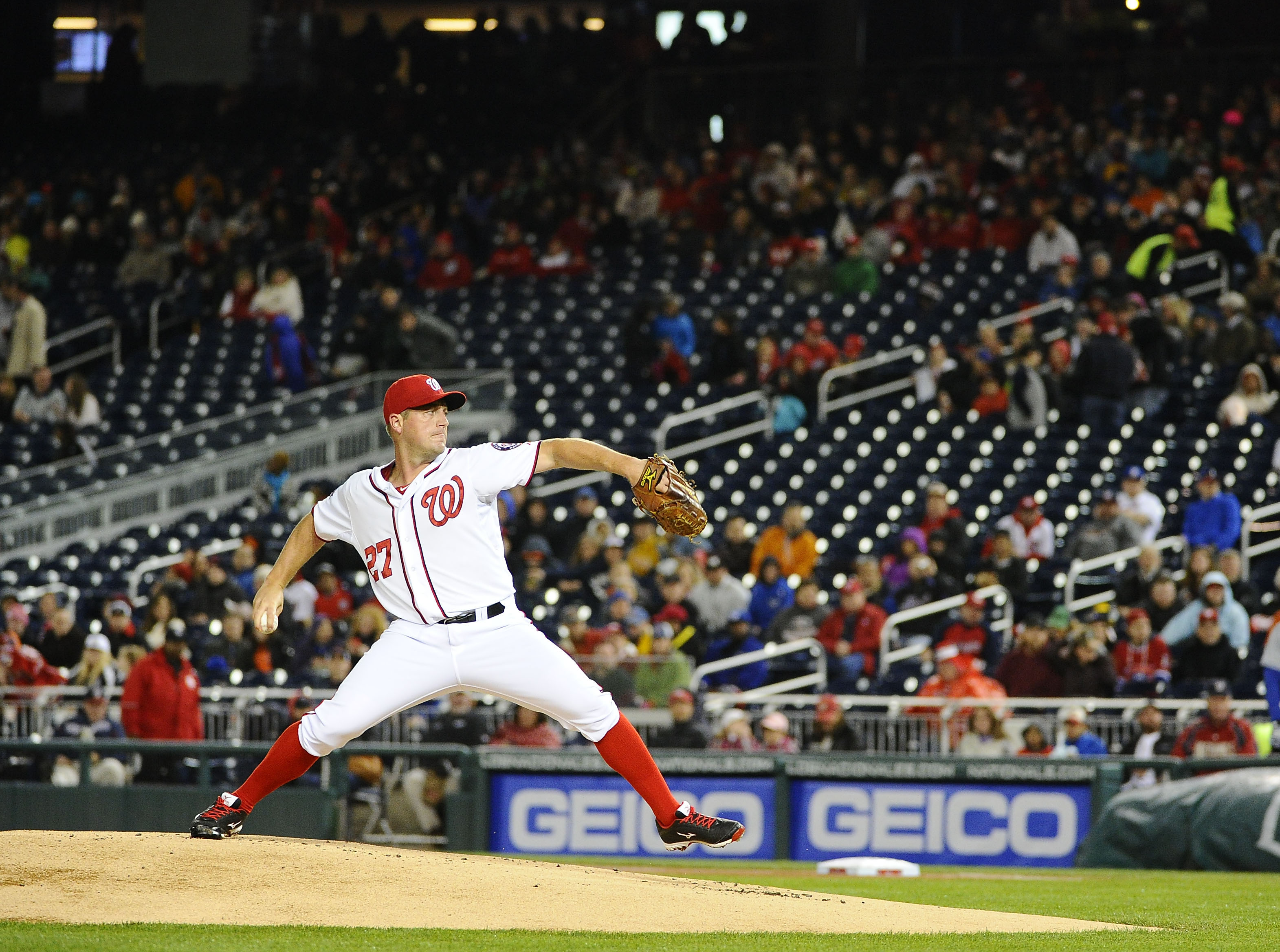 Williams went to the pen after Zimmermann completed the sixth, having thrown 91 pitches in six innings of work in which he gave up five hits and the one earned run.

After the game, the Nats' skipper said he liked what he saw from the right-hander.

"He was good," Williams said. "Got out of one issue, one jam, made a nice pitch to Granderson to get out of it. He'd been 85 pitches in his last Spring Training start, and we didn't want push him too much beyond that, so got him out of there and set up the bullpen for the rest of the game. He pitched really well."