Stephen Strasburg walked New York Mets' leadoff man Curtis Granderson in the first at bat of this afternoon's game, but quickly erased the runner on a double play grounder when he shattered David Wright's bat with a mid-90s fastball in on the fists and got a weak roller to second that started a 4-6-3 DP. A two-out walk and single followed, but the Washington Nationals' 26-year-old starter stranded both runners and got out of the second, throwing a total of 27 pitches in the first two frames.

Things fell apart in the third, however, after an error by Ian Desmond. Strasburg threw a 2-2 curve to Granderson and hung it up in the zone, giving up a single to right. Wright grounded to short in the next AB for what looked like another DP, but Desmond misplayed it and rushed a throw to first that arrived too late. After hitting Lucas Duda and loading the bases, Strasburg gave up an RBI line drive to right by Michael Cuddyer that drove in the first run of the game for the Mets. Daniel Murphy hit a chopper straight down off the plate in the at bat that followed. Ryan Zimmerman charged in from first to field it, but had no play, 2-0, and Mets' catcher Travis d'Arnaud dumped a fly into the center to drive in two more and make it 4-0 New York before Strasburg could get out of the inning.

"He had the double play ball with David Wright. And then a chopper off the plate and a broken bat single for two." - Matt Williams on the Mets' rally vs Strasburg in the 3rd

"He had the double play ball with David Wright," Nats' skipper Matt Williams said after what ended up a 6-3 loss in the series finale in Nationals Park. "And then a chopper off the plate and a broken bat single for two. I thought he threw the ball where he wanted to. Considering he had limited starts in the Spring, I thought he was sharp. So, I thought he pitched well, well enough to keep us in it, that's for sure."

Asked about Strasburg not reacting well to the miscue behind him, and his history of struggling after errors, Williams had a question for the reporter who asked: "I don't know," he said. "Are you telling me that that's what's happened over the years?"

"All I know is that for me today, Stephen pitched well," Williams said. "And that's all that I'll take from it. That's all he'll take from it. And us as a team, that's all we'll take. Errors are going to happen, it's going to go that way sometimes, but we can't put too much stock in it because we've got another one to play tomorrow.

"That being said, he pitched well. I think that him having limited outings in Spring, he got close to the 100-pitch mark, which is important for him. It's almost like his last start of the Spring. So, I don't put too much stock into that, because that play can be made tomorrow and we can win that game. So, we'll just go play, that's what we do."

Strasburg wasn't unhappy with the outing either, telling reporters, there weren't really many hard hit balls.

Strasburg when asked what went wrong in the 4th inning: 'I don't think anything went wrong if you look at the contact that they made.'

Strasburg cont'd: 'It was a lot of very weak contact. That's just how baseball is sometimes.'

As for the error by Desmond, who's made three in three games and started slow in each of the last two seasons with seven errors in April 2013, and eight in the first month last year?

"I don't know," Williams said. "The first game I think we throw out. Today, he just didn't get in the proper position. I think that if we look at it as a whole, he's a pretty darn good player and we're happy to have him on our club. So, that's what I take from it. He's dynamic. He does a lot of things on the baseball field that help us win. I was pleased with a couple of base hits he got today the other way, that's a good sign. At the end of the day it's about winning baseball games, and -- that ball that [Daniel Murphy] hit [in the third] could have been a double play ball too, it just happened to go off the plate. So it's the way the ball bounces sometimes, but we're happy to have him."

The issue this time, on Desmond's third error of the season? Williams said the shortstop just didn't move his feet.

"That was a good double play ball for us and he just got it in-between hops," the second-year manager explained.

"Didn't move his feet as well as he normally does to get the good hop. And he was in-between and it kicked off the heel of his glove. I don't see anything in particular. He's made a couple of nice plays too. Last night a couple of skipping balls on the wet turf that he handled fine. It's one of those things. We'll run him back out there, he'll be just fine I think." 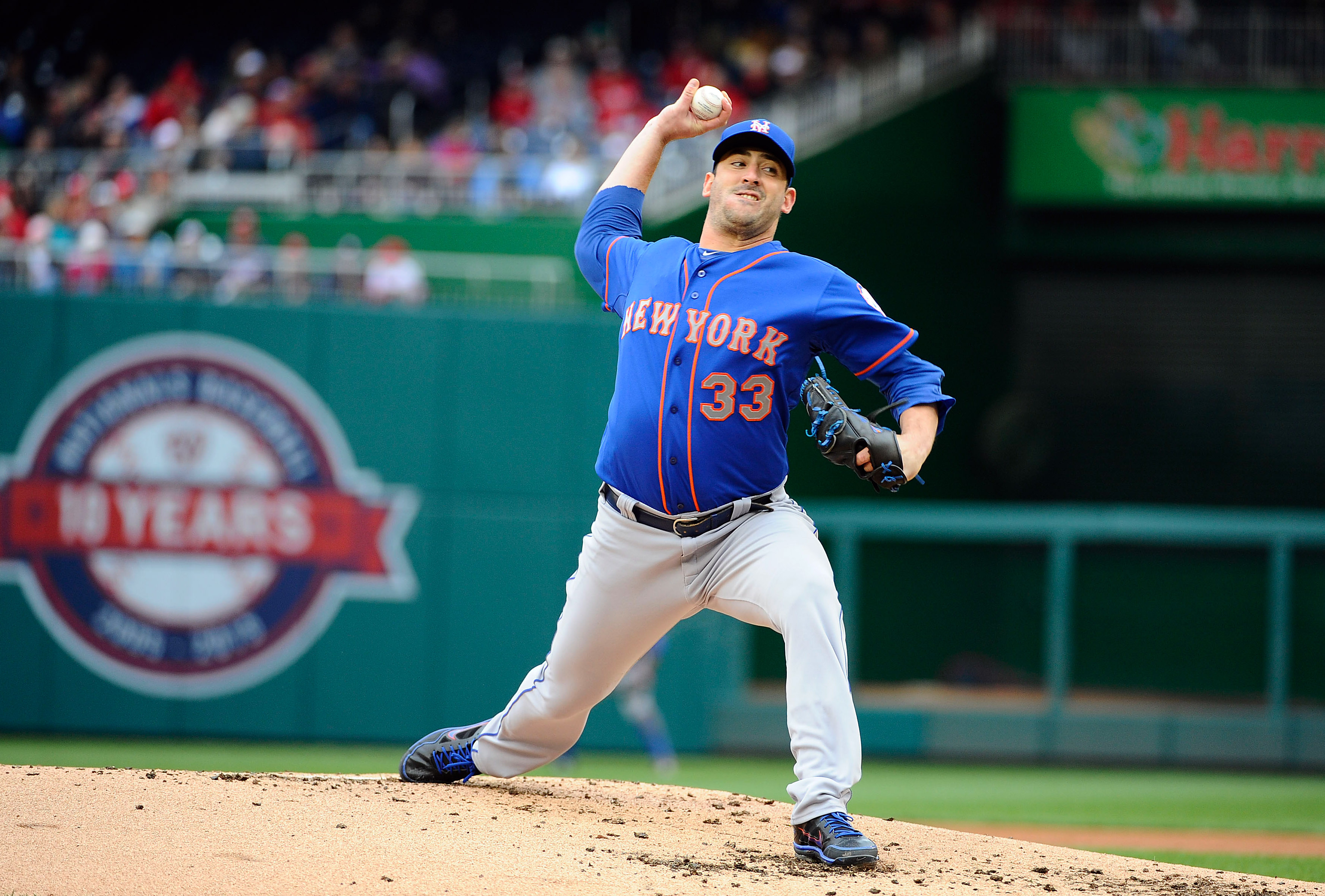 The error hurt, leading to a four-run third inning, and Strasburg gave up two more in the top of the sixth, surrendering a walk and three singles before he was replaced on the mound by Xavier Cedeno, having thrown 95 pitches in 5 ⅓ IP.

It didn't help that Matt Harvey dominated the Nationals hitters as well, throwing six scoreless in his first start back from Tommy John surgery in 2013.

"I thought he was really good," Williams said of the Mets' starter. "The ability to throw the breaking ball for strikes, offspeed, changeups. Generally, you would imagine the first time back out there, in a real game, anyway, [he] would have some adrenaline throwing, but he had feel, good fastball between 94-97 [mph] and throwing it where he wanted to. So, that's why he's one of the premier pitchers in our game. He's really good."

The Nationals dropped two of three to the Mets. Up next, it's the Phillies, and a three-game set in Citizens Bank Park starting tomorrow night at 7:05 PM EDT.