No surprise here. Bryce Harper tore the cover off the ball all week during the Washington Nationals' 5-1 homestand and today he was named the NL Player of the Week after hitting a double and six home runs over the last six games.

It would probably be more of a surprise if Bryce Harper wasn't named the NL Player of the Week after the week the 22-year-old Washington Nationals' slugger just had. Over the last seven days, and six games, from May 4-10, Harper was 10 for 22 (.455/.520/1.318) with a double, six home runs, three walks and four Ks in 25 plate appearances while the Nats went 5-1 on the six-game homestand against the Miami Marlins and Atlanta Braves.

"It took him a couple years to really get his feet on the ground. I think he now understands the pitchers in the league, what they're trying to do to him..." -Hall of Famer Frank Robinson on Bryce Harper

Nats' skipper Matt Williams was asked (once again) on Sunday, after Harper went 2 for 4 with a double, RBI and run scored, about Harper's improved patience at the plate and what role that's played in his step up to a new level.

"I just think he's understanding it," Williams said. "I think he understands that it's not how far, it's how many, and he doesn't have to generate to hit a ball, to drive a ball. We saw that in the first today where he didn't catch all of that baseball and still it went to the fence and we got a run out of it, so he's unique in that regard.

"There's not too many guys that can do stuff like that. He's understanding that at this point and he's getting better and better at it. Being calm at the plate, letting the bat head work and he's doing great."

Hall of Famer Frank Robinson said he was impressed with what he's seen of Harper, telling reporters this weekend, while in D.C. to have his name added to Nationals Park's "Ring of Honor", that the no.1 overall pick of the 2010 Draft is the real thing. 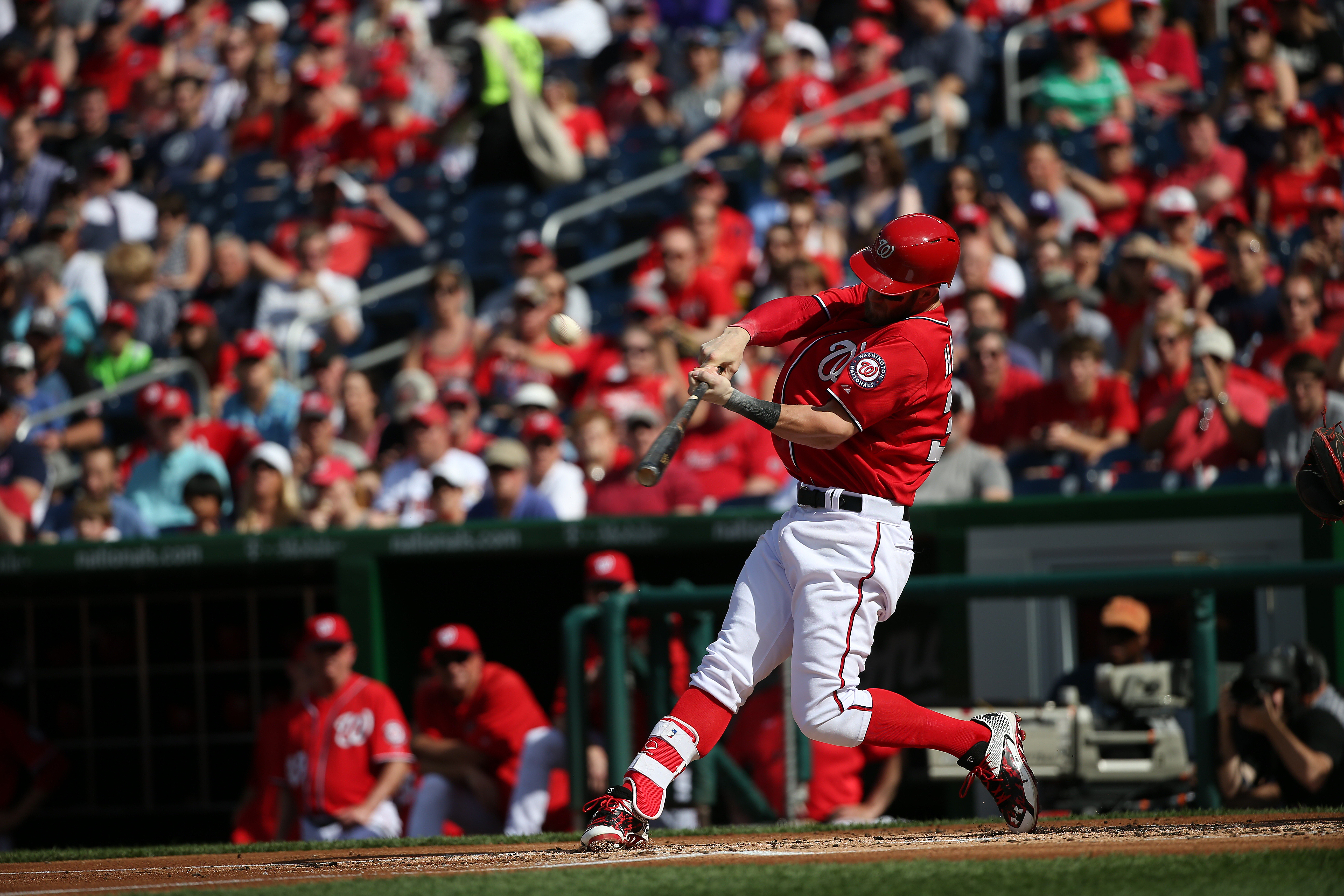 "It took him a couple years to really get his feet on the ground," Robinson said. "I think he now understands the pitchers in the league, what they're trying to do to him and make some adjustments. He's the real thing."

Harper is the ninth National to be named the NL Player of the Week since the franchise relocated to the nation's capital in 2005. Can you name the other eight (some of whom got more than one NL POTW)?

We'll put the answers in the comments section below...