Chip Hale on Nationals' Max Scherzer: "He looked like he was pitching in a tie game or a one-run game."

Washington Nationals' skipper Matt Williams, Arizona Diamondbacks' manager Chip Hale and Max Scherzer talked after last night's game about the Nats' right-hander's approach on the mound in what was a 10-0 game before he came out for the second...

Share All sharing options for: Chip Hale on Nationals' Max Scherzer: "He looked like he was pitching in a tie game or a one-run game."

Max Scherzer took the mound on Monday night in Arizona's Chase Field with a 4-0 lead courtesy of a solo home run by Denard Span and a three-run blast by Ryan Zimmerman, but the Washington Nationals' 30-year-old right-hander wasn't taking anything for granted.

Scherzer cruised through a quick, seven-pitch, seven-strike, 1-2-3 first and by the time he came out for the second inning, the Nats were up 10-0, having knocked Diamondbacks' starter Josh Collmenter out after just 1 ⅓ IP.

You would never have known the score by the way Scherzer was pitching, however, as D-Backs' skipper Chip Hale said after what ended up an 11-1 loss for the home team.

"He looked like he was pitching in a tie game or a one-run game. That looked like his mindset out there. He was going after our guys. -D-Backs' skipper Chip Hale on Max Scherzer

"What I was saying on the bench was he looked like he was pitching in a tie game or a one-run game," Hale told reporters.

"That looked like his mindset out there. He was going after our guys. He was using his breaking ball well and obviously he's got a knockout changeup."

"It's easy to let your guard down," Nats' skipper Matt Williams said when asked about pitching in a blowout.

"We're all human. He doesn't do that though. He competes every time he goes out there for an inning, regardless of score, situation, whatever it is. He just competes."

"He just competes every time he goes out there regardless of how many pitches he's got or what inning it is."

"'You can’t pitch to the scoreboard,'" Scherzer told reporters, including Washington Post writer James Wagner, after the game.

"'You’ve got to treat it like a 0-0 game. The old tale is give them fastballs because you’re just trying to get through the lineup. But it’s actually no. You’ve got to still pitch.'"

Williams, who managed Scherzer at one point in Arizona's '06 1st Round pick's time in the D-Backs' minor league system and was a coach with the Diamondbacks in the right-hander's second major league season in 2009, was asked what, if any, differences he saw in Scherzer now as compared to the pitcher he was back then?

"I just think he understands himself," Williams said. "He knows that he's got multiple pitches now to get guys out. Before it was a blazing fastball and a slider to go along with it.

"Now he's got a change, he throws a curveball every once in a while, and he can pick spots. Throws it where he wants to, gets ahead, which is key for him.

"The guy we saw early in his career was a bunch of pitches early, and going right after guys, but now he's got the ability to feel a strike and that's why he's at where he's at."

Yunel Escobar goes 5 for 5 in win over D-Backs 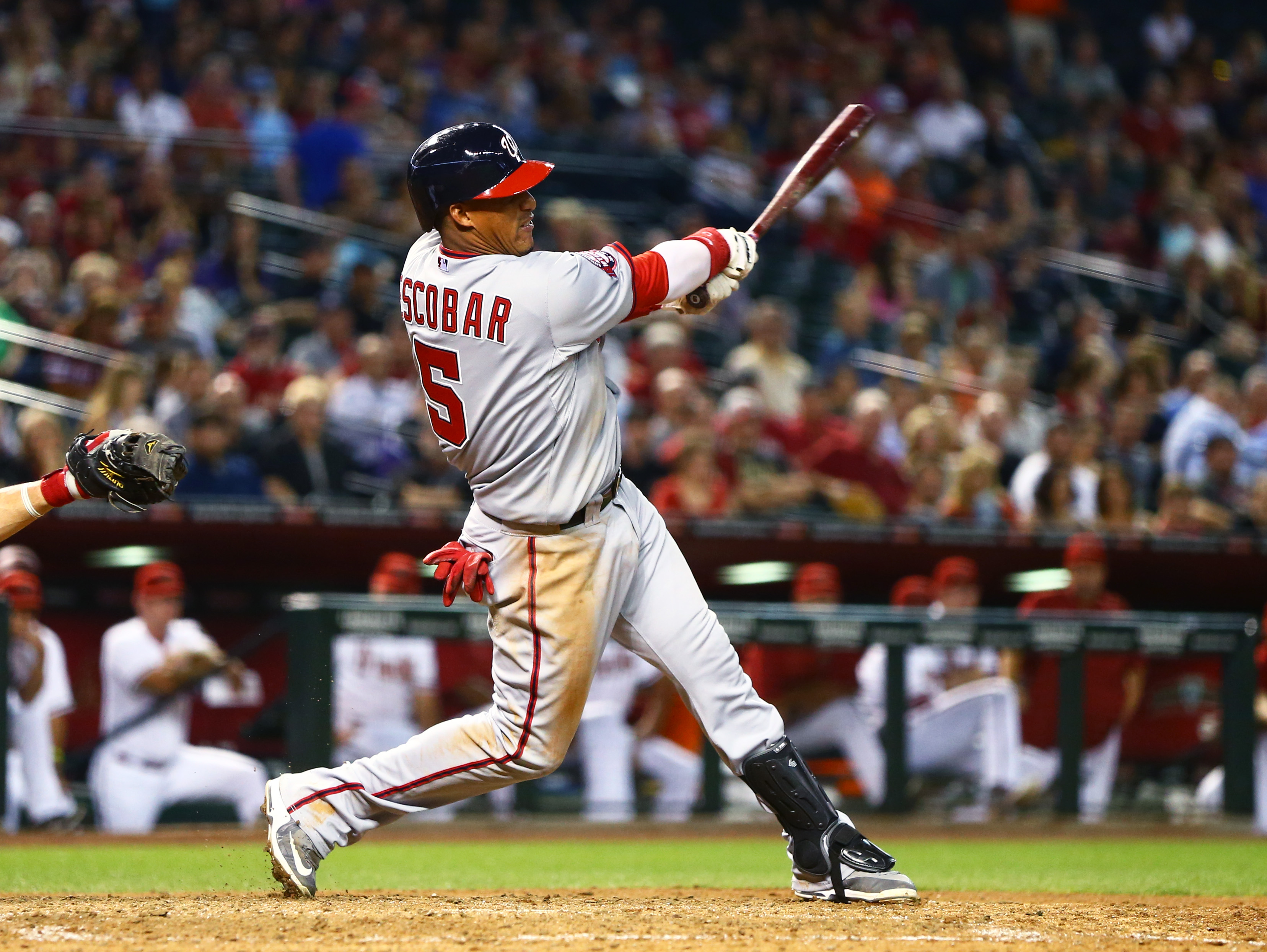 After taking the loss in three of his first four starts, Scherzer's back to .500 after seven outings and with the exception of the five runs he gave up against Miami during last week's matchup with the Marlins (with 3 of the ER coming on a Giancarlo Stanton bomb), he's allowed 2 ERs or less in six of seven starts this season.

"Early on our defense let him down a couple times," Williams said. "But he gives us a chance to win every time he goes out there."