Washington Nationals' starter Doug Fister's start was delayed by two hours and it last just two innings and 41 pitches. What was wrong? "Ball was just up," Nats' skipper Matt Williams said. That much was painfully obvious.

Share All sharing options for: Nationals' starter Doug Fister's command not there vs Padres in Petco Park

Doug Fister told reporters, including the Washington Post's James Wagner, earlier this month, that he wasn't particularly concerned about his velocity and it was more about his command:

"'[Velocity] is something I keep in the back of my head, just to gauge where I’m at, what I’m doing, but when I’m throwing my typical 86-88 sinker anyway, it’s all about location as opposed to velocity anyway,' Fister said. 'Yes, I’d love to make it better, but at this point I’ve got to deal with what I’ve got and it’s something I’m still trying to continue to get stronger for the year.'"

"Ball was just up," Matt Williams told reporters after the rain-delayed series opener in which Fister gave up eight hits, two home runs and seven runs total in just two innings. Derek Norris took Fister deep in the first for a three-run blast and Cory Spangenberg hit a solo home run in the second.

Justin Upton drove in a run with an RBI single to center and Norris hit a two-run triple before Fister got out of the frame.

"Up in the middle of the plate," Williams said, returning to his diagnosis of the problem for Fister. "A couple of singles and then the homer got us down early. But just up and middle, didn't throw it where he wanted to tonight."

Fister warmed up for the start (as Padres' righty Tyson Ross did) but one out into the top of the first the rain came and forced the teams into a nearly two hour delay.

"It's never good for anybody to have a delay like that," Williams said.

"Start the game and then get one batter in and have over -- I don't know what it was -- ended up being an hour and a half or whatever it was. That's never good, but it is what it is, sometimes it rains."

He stuck with Fister in spite of the lengthy delay, explaining that since right-hander never actually threw a pitch in the game, he was comfortable with sending him out for the bottom of the inning two hours later.

"Doug never touched the mound," Williams explained, "so he had warmed up, it's the standard warm-up, but he never got out there, so, standard practice."

Fister refused to blame the delay for his struggles.

"'I can't make any excuses for what I did tonight,'" he told reporters, including MLB.com's Bill Ladson. "'It's one of those nights I didn't do my job at all.'"

"'The ball came up in the middle of the plate. [The Padres] are whacking at it, too. That's unacceptable.'"

Padres 8-3 over Nationals in rainy Petco 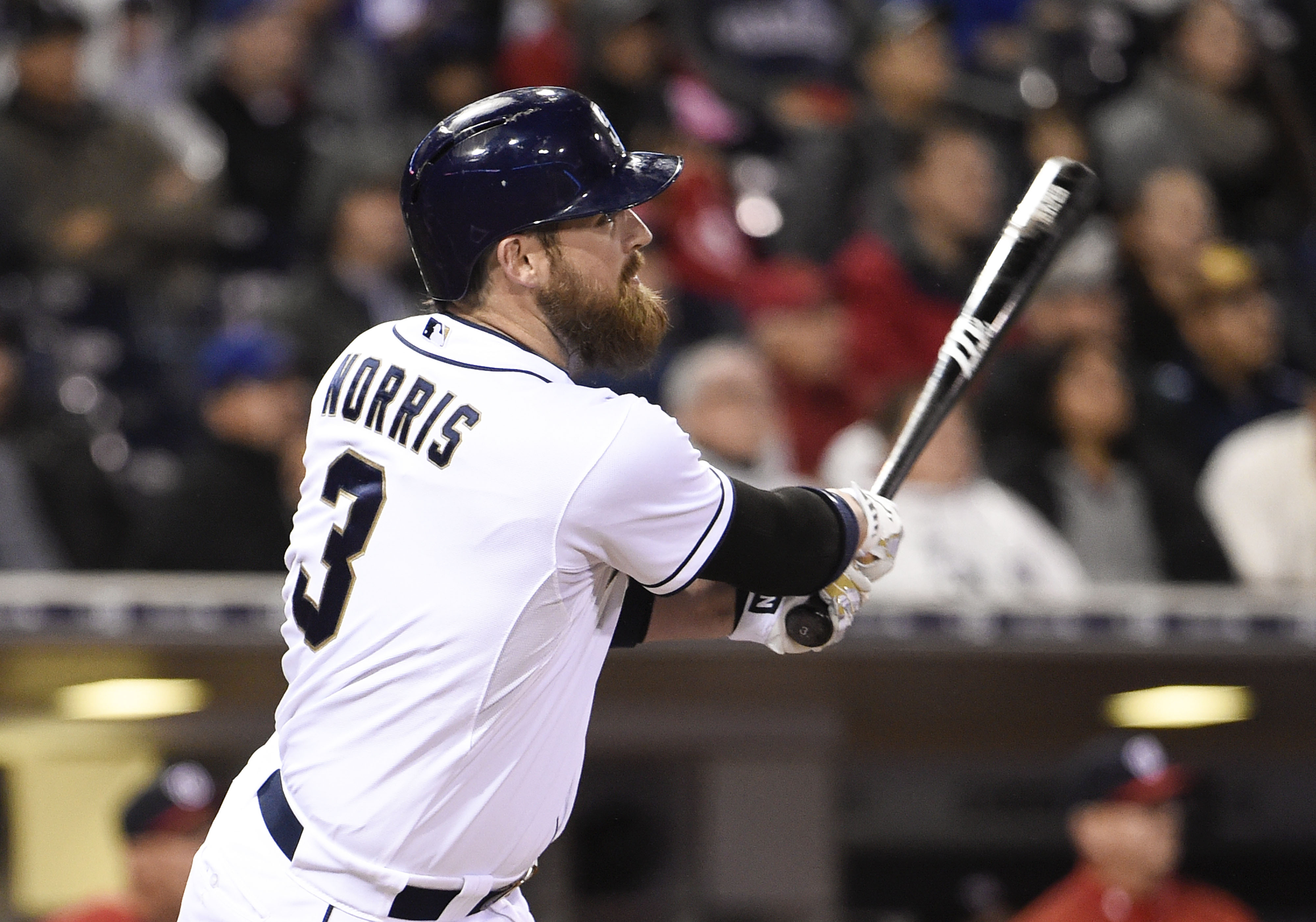 After a solid outing against the Atlanta Braves last time out in a start in D.C., Fister talked to reporters about what allowed him to keep the ball down after struggling to do so early this season, saying it was an issue with, "... some timing on my delivery in general... being able to stay back and really locate the fastball down."

Williams was asked if he noticed anything in particular about Fister's mechanics last night?

"No, I don't think it's anything mechanical," he said. "It's just up. Again, it's difficult to hit a homer. It's difficult to hit that ball with a round bat. Sometimes those balls can be popped up too, but they got him tonight. And we'll have to move on for tomorrow."