Jayson Werth took a 92 mph fastball from San Diego Padres' starter Odrisamer Despaigne flush on the wrist in the second inning of Friday night's game. Werth was replaced in the field in the bottom of the second, but X-rays on the wrist were negative.

San Diego Padres' starter Odrisamer Despaigne didn't last long on Friday night in Petco Park, but the right-hander was on the mound long enough to do some damage. In the second inning, Despaigne came in on Jayson Werth with a full count fastball that hit the Washington Nationals' 35-year-old outfielder flush on the left wrist.

"X-rays are negative. So we'll see how he responds tomorrow, but he took a pretty good one on the wrist." -Matt Williams on the results of Werth's X-rays

Werth crumbled to the ground in obvious pain outside the right-handed batters' box, but remained in the game for the rest of the frame. After testing the wrist, however, he was replaced by Tyler Moore in the bottom of the second.

Nats' skipper Matt Williams talked to reporters after the Nationals' 10-0 win about the results of the X-rays on Werth's wrist.

"X-rays are negative," Williams said. "So we'll see how he responds tomorrow, but he took a pretty good one on the wrist."

Luckily, Werth, who broke the wrist on a sliding play in the outfield back in 2012, and has dealt with potentially career-threatening wrist injuries in the past, was wearing a wrist guard in the at bat which softened the blow. 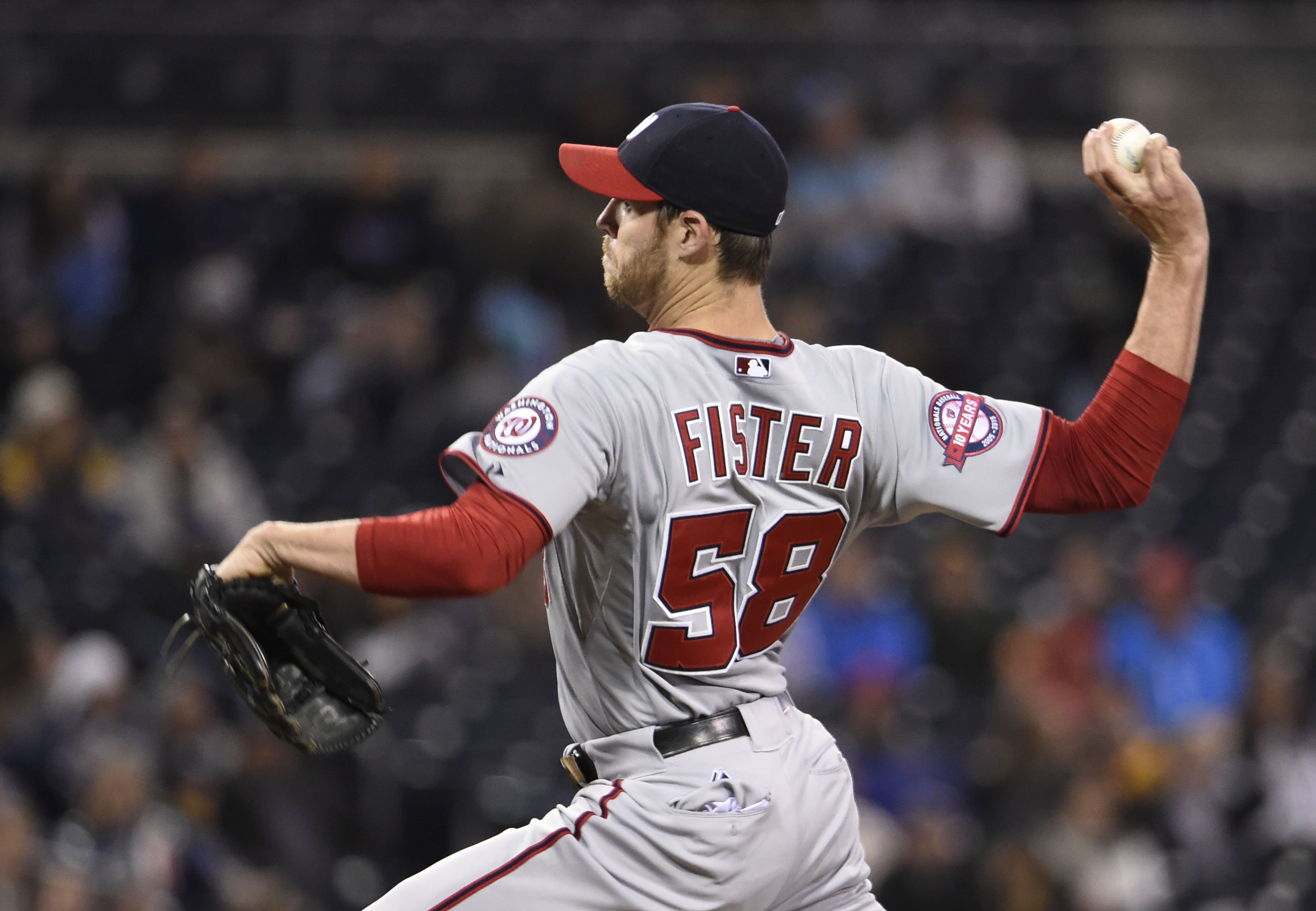 The potential of injury is obviously a big concern for the Nationals and Werth given the fact that he's still working his way back to full strength after offseason surgery to repair the AC joint in his right shoulder.

The history of wrist injuries on top of that has the Nats taking a cautious approach.

"He's had a bunch of them, hasn't he?" Williams said when Werth's history with wrist problems was brought up.

"He's had multiple surgeries and he's got metal in there, so we want to make sure."

• We talked about the HBP on Werth, Despaigne's struggles, Jordan Zimmermann's outing and Doug Fister's forearm tightness on a late night edition of Nats Nightly: