Can Nationals' Stephen Strasburg bounce back in hometown? Strasburg returns to San Diego

Stephen Strasburg is set to start in the finale of the Washington Nationals' four-game set in San Diego, returning to his hometown for the second start of his career in Petco Park. Can Strasburg end the rough stretch he's been going through?

Share All sharing options for: Can Nationals' Stephen Strasburg bounce back in hometown? Strasburg returns to San Diego

Washington Nationals' manager Matt Williams was asked after last night's 4-1 win in San Diego what he expects to see from Stephen Strasburg when the struggling 26-year-old right-hander takes the mound this afternoon to face the Padres in the finale of the four-game set in Strasburg's hometown.

"Last time out he relied a little bit on secondary pitches, but for him it's always about fastball command..." -Matt Williams on what he's looking for from Stephen Strasburg today

"Just aggressiveness," Williams said. "Since his last start to this one, the only thing that we've talked about with him is being aggressive. Be aggressive with your pitches and go after them. He's got really great stuff. Last time out he relied a little bit on secondary pitches, but for him it's always about fastball command and if he's got that tomorrow then he can be really tough on them."

Between his sixth start, which ended after three innings when Strasburg experienced discomfort in his back, and his seventh, which ended after 3 ⅓ innings pitched in which he gave up eight hits and seven earned runs, Strasburg and pitching coach Steve McCatty worked on the right-hander's mechanics and alignment, believing that an ankle injury sustained this Spring led him to alter his delivery, which in turn led to the back problem.

After the brief outing on Arizona last time out, McCatty told reporters, including the Washington Post's James Wagner, that before he took the mound in Chase Field, it appeared that Strasburg had sorted things out.

"'We worked on it and he was right on line in the bullpen," McCatty said. "He had great alignment throwing in the bullpen the other day, and his stuff was great. [Tuesday] warming up in the bullpen, I just walked out of there saying, ‘Wow! Wow!’ But then you go out there, get two quick outs and sometimes when you struggle, you wait for the other shoe to fall.'"

Strasburg said he was "embarrased" by the outing.

"His stuff will show itself in the end. We've got all the confidence in the world in him. It hasn't been his best stretch, but he's a competitor..." -Matt Williams on Stephen Strasburg

"I let the team down," Strasburg told reporters. "It sucks. I’m just trying to go out there and help this team win some games. I didn’t do that tonight. I’ve just got to turn the page and get back on it tomorrow."

Strasburg's manager said he was confident that the talented starter could turn things around once he got sorted out and got back on track.

"I just know that he's got great stuff," Williams said. "His stuff will show itself in the end. We've got all the confidence in the world in him. It hasn't been his best stretch, but he's a competitor, he goes out there every fifth day, sixth day if we have an off day, and goes at them. So, the concern coming out of the last one was his health, and we think he passed that hurdle, which is good, so now he'll get back in the swing of it." 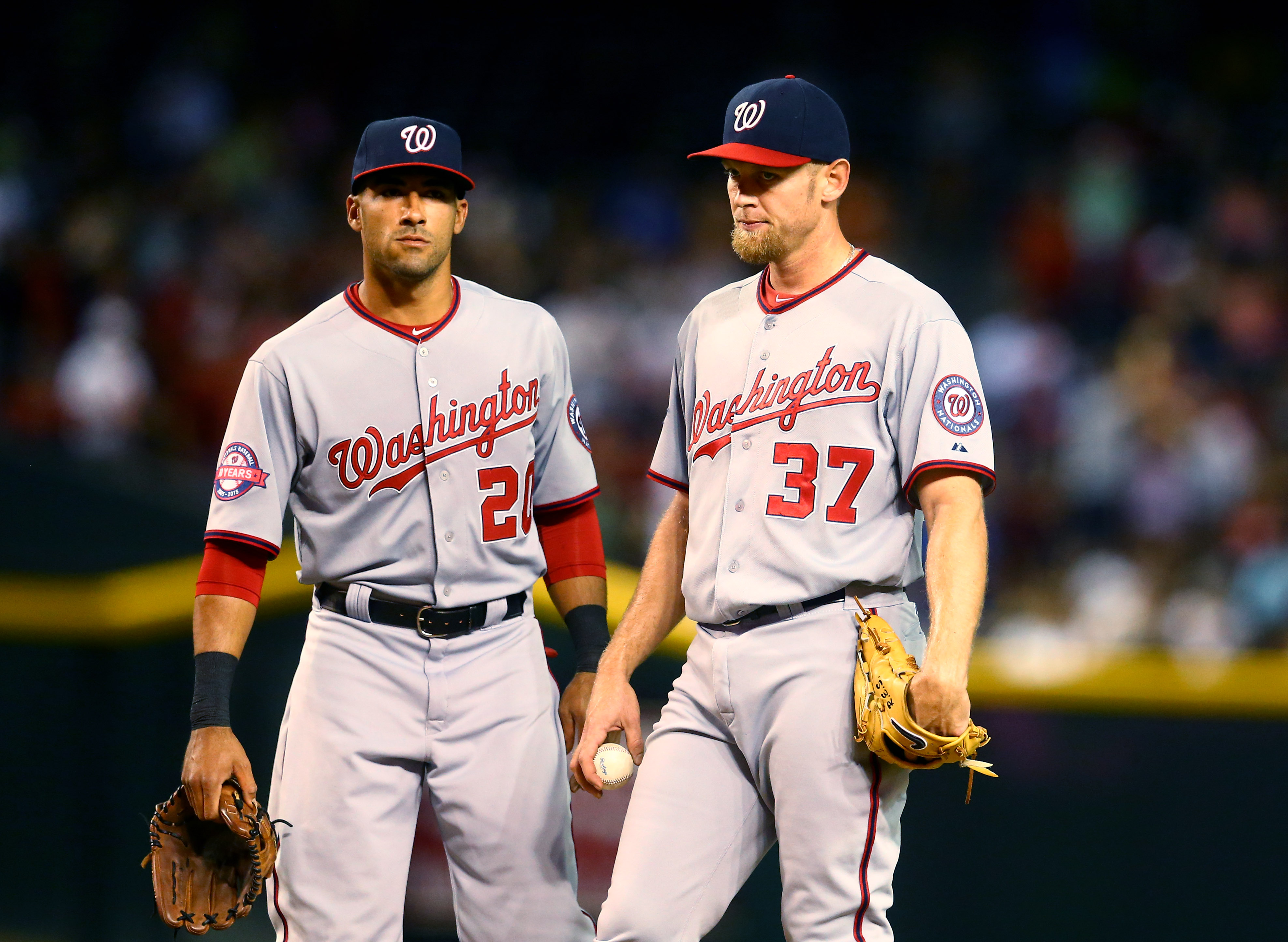 His .398 BABIP is up significantly over his career mark of .304, and would lead all National League pitchers if he had enough innings pitched to qualify for the leaderboard.

Will a return to his hometown help? Strasburg has started just one game in Petco Park in his career, back in 2013, when he gave up three hits and two runs, one earned over eight innings.

No one likes being embarrassed. Can that serve as motivation to get Strasburg over whatever mechanical issues he's dealing with?

We'll find out at 4:10 PM this afternoon when he takes the mound in San Diego...