The New York Yankees scored two runs in the top of the first last night, but Washington Nationals' right-hander Jordan Zimmermann kept the visitors off the board after that as the Nats rallied for their fifth straight win, 3-2 final in the nation's capital.

Lost in all the Bryce Harper/Matt Williams/Marvin Hudson drama, was the fact that Jordan Zimmermann put together another solid performance last night in the Washington Nationals' 3-2 win over the New York Yankees.

After he gave up two runs in the first inning on an RBI double by Carlos Beltran and a sac fly by Brian McCann, the 28-year-old Nats' right-hander shut the Yankees down, retiring 19 of the next 23 batters he faced over six scoreless frames as the Nationals slowly worked their way back for another come-from-behind win.

"Everything was working. I had pretty good stuff tonight. First inning was just -- they were on the fastball..." - Jordan Zimmermann on start vs Yankees

"Jordan was really good," Nats' skipper Matt Williams told reporters after the 88-pitch outing in which Zimmermann gave up five hits total, a walk and the two early runs, while striking out six and inducing nine ground ball outs from the 27 batters he faced.

"He was on the corners, down in the zone," Williams continued. "First inning, [Brett] Gardner got a bloop hit and then the double [by Carlos Beltran]. They did a good job of moving [Beltran] over to third and scoring the second one, but from then on he was really good."

Zimmermann was happy with his outing against the Yankees, coming off six scoreless vs the San Diego Padres in Petco Park last time out.

"Everything was working," Zimmermann explained. "I had pretty good stuff tonight. First inning was just -- they were on the fastball, and I just left a few over the middle. I like to try to go a few innings with just the fastball and I had to break everything out right away after the first, and I told myself, 'Gotta hold them here, we're going to score runs and I was able to do that."

"I just told myself, 'You've got to start mixing it up and can't throw first-pitch fastballs to all these guys,' They're all good fastball hitters..." -Jordan Zimmermann on success after first inning vs NYY

And the Nationals did score runs with Ian Desmond connecting for solo blast off Yankees' starter Adam Warren in the home-half of the first, Tyler Moore taking Warren deep in the fourth and Denard Span sending a bases-loaded single through the left side in the seventh for what ended up being the winning run.

"These guys are really swinging the bat and it makes it easier on us," Zimmermann told reporters.

"We don't have to be perfect every time out, and that's the biggest thing right now. they're putting up six or seven runs a game and taking a lot of pressure off us."

Zimmermann held the Yankees at bay too, of course, settling in after the first and mixing it up once he gave up a few hits on fastballs.

"It was just mixing everything in," he said. "I threw all fastballs and Gardner had a broken bat hit and a double in the gap [by Beltran] and then they obviously moved him over and got him in and played good baseball in the first and I just had to step my game up and move everything up."

"I just told myself, 'You've got to start mixing it up and can't throw first-pitch fastballs to all these guys,'" Zimmermann said. "They're all good fastball hitters. And I started throwing the curveball and the slider and got them off-balance and was able to go seven." 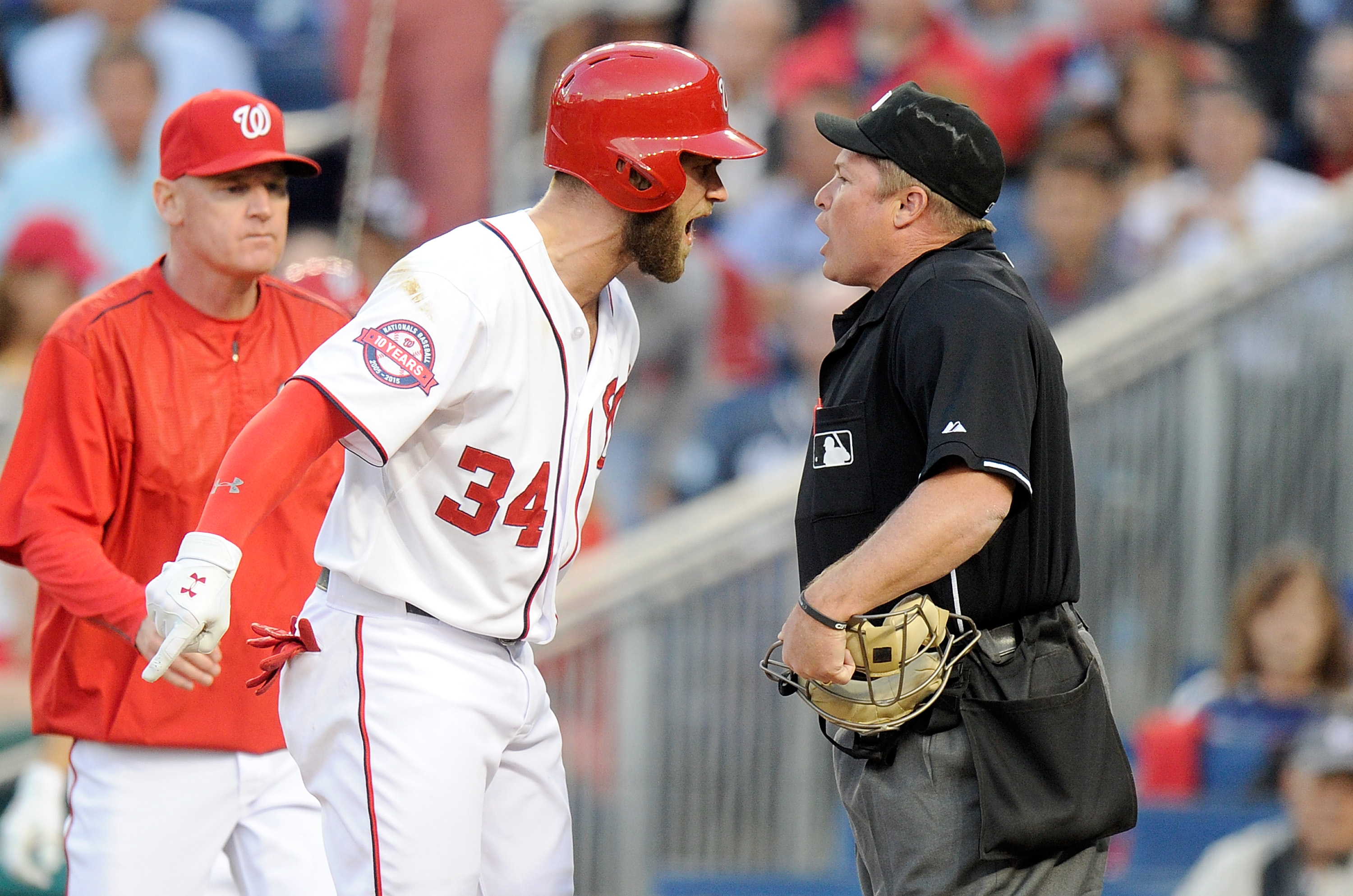 Given the opportunity to comment on the excitement of Harper's ejection and his manager getting tossed, the soft-spoken right-hander, predictably, declined to comment.

"I didn't really see what happened or what all went on," Zimmermann said.

"Obviously Bryce was upset about something. I didn't even ask him after the game or anything, so you guys will have to ask him about that."