"He knows how to pitch. He knows how to get guys out," Washington Nationals' skipper Matt Williams said. He was talking about Tanner Roark, who gave up one run in five innings of work today in the Nats' 2-1 win over the Chicago Cubs in Wrigley Field.

Working exclusively out of the bullpen before today, Tanner Roark averaged 92.6 mph with his two-seamer which he dialed up to 96.4 mph at times. Washington Nationals' manager Matt Williams told reporters earlier this week, after announcing that the right-hander would start the series opener with the Cubs in Chicago, that he didn't think Roark would be topping out at the 94-95 mph that he has in relief.

"'If he knows that he’s going to have to get our there for four or five,'" Williams explained, as quoted by Washington Post writer Chelsea Janes, "'then I don’t expect that velocity to be 94, 95 miles per hour all the time.'"

"He knows how to pitch. He knows how to get guys out. His fastball, it stayed 95 [mph] today, so we didn't want to push him too far..." -Matt Williams on Tanner Roark vs the Cubs

Roark, who started all last season, understands how to pace himself for a longer outing, the Nats' skipper said, so going all out like he would in a relief appearance was unlikely.

Roark, however, as the WaPost reporter noted, "... said if he has it when he starts, he doesn’t plan to hold that back."

Brooksbaseball.net, which labeled all 43 of the fastballs Roark threw today in Wrigley Field as two-seamers, had him averaging 95.4 mph with his fastball against the Cubs with a maximum velocity of 97.2 mph.

Roark gave up just one run on a Kris Bryant home run in the first, then shut Chicago's offense down for the next four innings he was on the mound, with some help from his defense, in what ended up a 2-1 Nationals' win.

Williams was impressed with Roark's work on the mound in Wrigley, but didn't want to push him past the 66 pitches he threw through five.

"He knows how to pitch," Williams told reporters after the game.

"He knows how to get guys out. His fastball, it stayed 95 [mph] today, so we didn't want to push him too far."

"I think he probably could have gone one more," Williams said, "but the start today is not about today it's about potentially the next one.

"With the exception of one slider to Bryant he threw the ball exactly where he wanted to throw it today. Really kept his pitch count down through five."

With all he's done in his three major league campaigns, it probably shouldn't be a surprise that Roark put together a solid outing in his first start this season.

Nationals 2-1 over Cubs in Wrigley 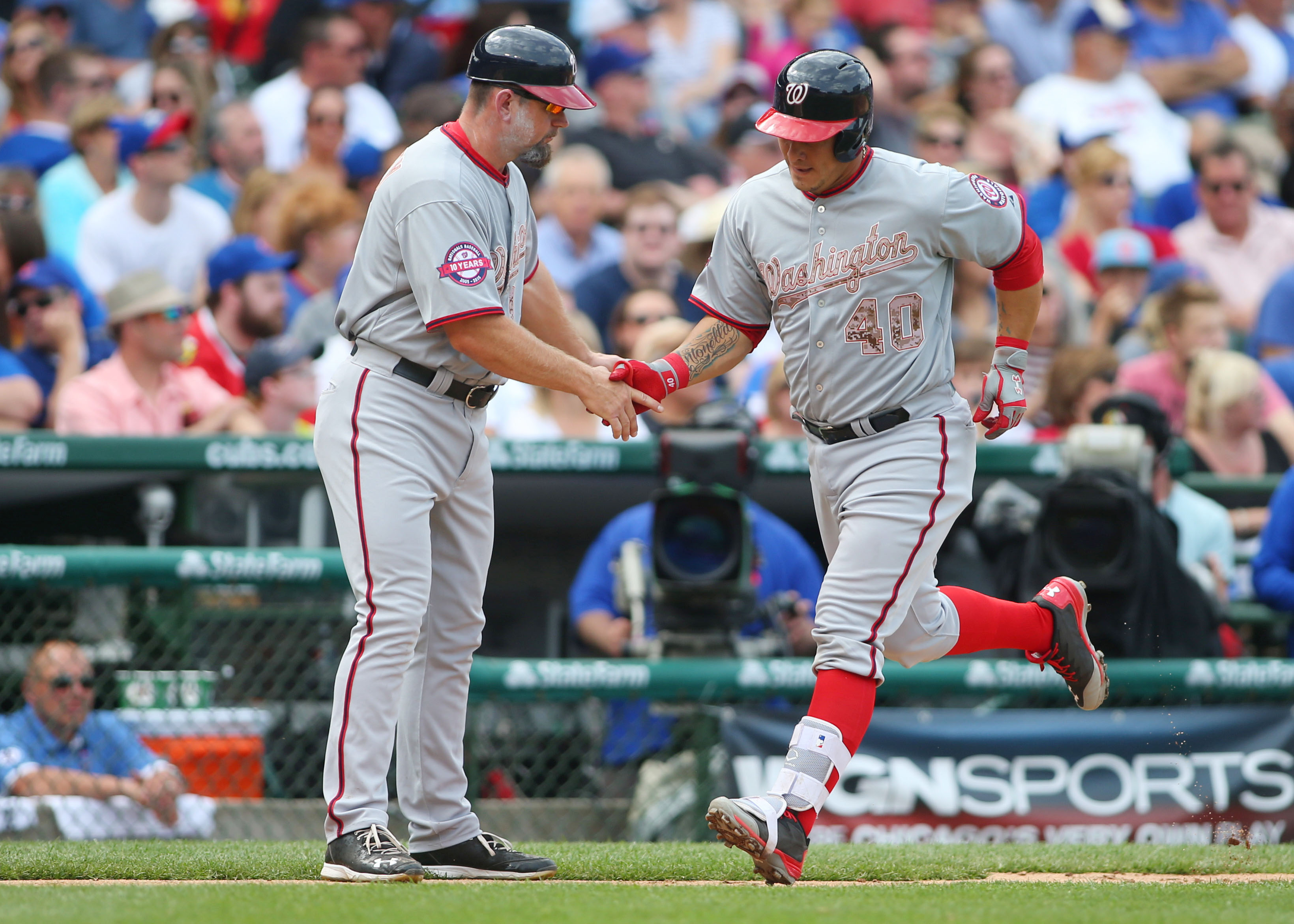 Still, his ability to succeed in whatever role he's asked to fill remains impressive.

"It just doesn't matter to him what the role is," Williams said. "He's anxious to get the ball whenever he wants it or whenever we can give it to him and whether it's one inning or five innings it doesn't matter."

Doug Fister, whose spot in the rotation Roark filled today, still hasn't thrown as he deals with a strain of the flexor muscle in his forearm, so Roark might making another start five days from now.

• We talked about Roark's outing, Span's "old man power" and more on the latest edition of Nats Nightly: