Before Stephen Strasburg's start against the Cincinnati Reds tonight in Great American Ball Park, a look back at his stats on the year and the talk after his last few starts. Can Strasburg reward the Nats' faith in him with a solid outing in Ohio?

Share All sharing options for: Is tonight the night Nationals' starter Stephen Strasburg turns things around?

In his article two weeks back now, Fangraphs.com's Jeff Sullivan wrote about the issues that Washington Nationals' starter Stephen Strasburg has been having pitching out of the stretch this season.

"I just know that he's got great stuff. His stuff will show itself in the end. We've got all the confidence in the world in him." -Matt Williams on Stephen Strasburg after start vs AZ

As Sullivan put it, "... as soon as someone reaches, Strasburg’s been about the most hittable pitcher in baseball."

The Nationals and Strasburg are clearly aware of the issues the 2009 no.1 overall pick is having. Both Nats' skipper Matt Williams and the right-hander fielded questions about his struggles from the stretch after his outing against the Padres in Petco Park.

"His stuff is still really good. His velocity is good, the arm speed, the spin rate, all those things that we look into are normal and trending in the direction." -Mike Rizzo on Strasburg on 106.7 the FAN in D.C.

"I just know that he's got great stuff," Williams said. "His stuff will show itself in the end. We've got all the confidence in the world in him."

After he struggled again last time out against the Philadelphia Phillies, Williams said they weren't concerned about the right-hander.

"He has that capability every time he walks on the mound. So, he'll work hard till the next one and be ready to go."

In an appearance on 106.7 the FAN in D.C. on Wednesday, Nationals' GM Mike Rizzo was asked by hosts Grant Paulsen and Danny Rouhier about the work Strasburg and the Nats' coaches are doing between starts and if they are doing anything different than they normally would? 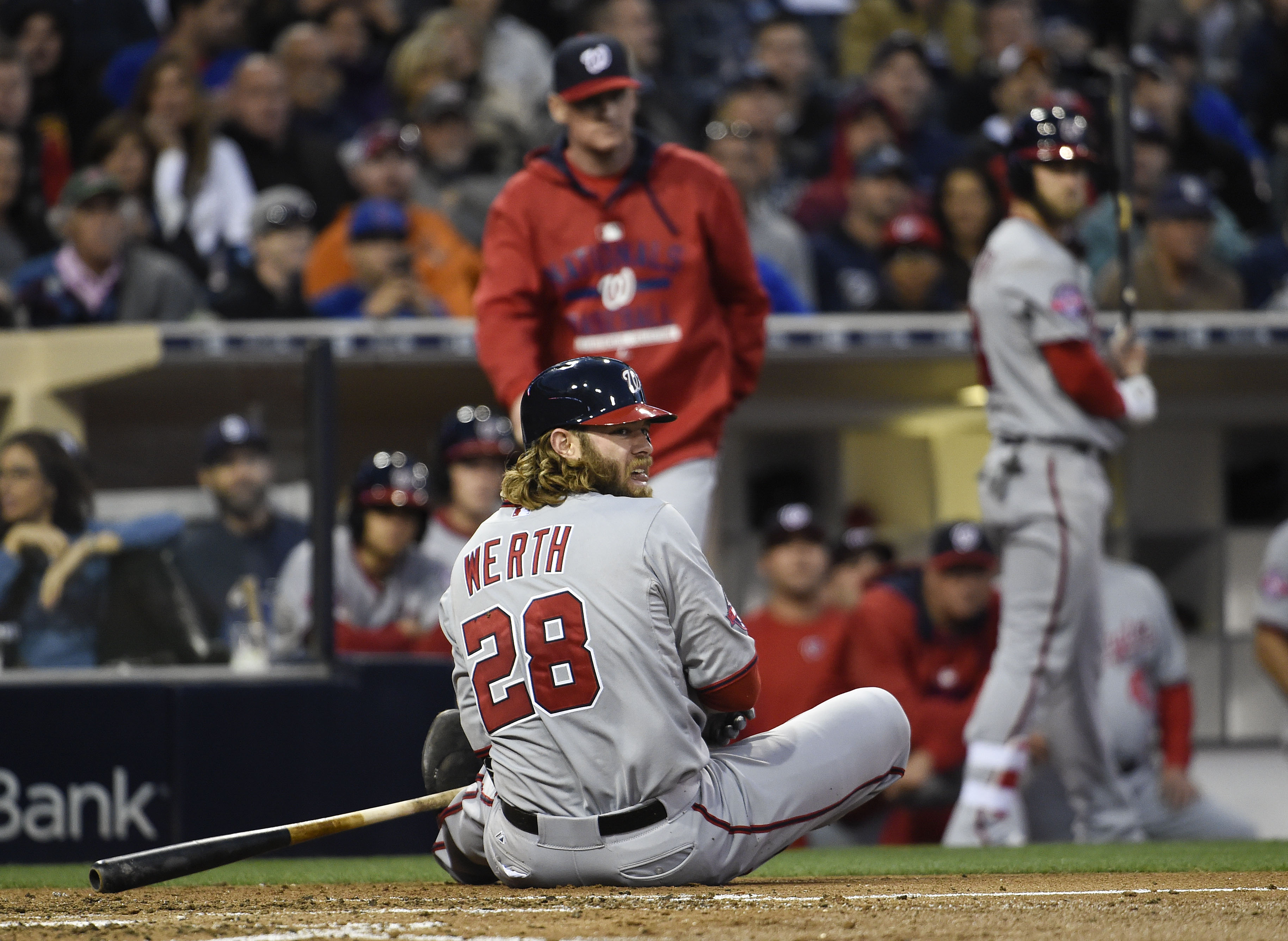 "I think it's fairly routine," Rizzo said. "He's concentrating -- we're concentrating a little bit more on his mechanics than we would in the past, and I know he's looked at some video and that type of thing.

"But other than that it's routine, it's normal. He feels good, healthy... His stuff is still really good. His velocity is good, the arm speed, the spin rate, all those things that we look into are normal and trending in the right direction. And we feel that he's going to get on a roll and pitch to the level that we expect of him and that he expects of [himself]. So good things in the making for Stras because he's not going to pitch with these kind of numbers for very long."

Will the turnaround start tonight? Just two hours until we find out...

Until then, take a few minutes if you like and check out our appearance on The District Podcast from last night where we talked about Strasburg's struggles, Bryce Harper's hitting and more...