"With their pitching staff, every night you're going to see almost a no.1 starter," Terry Collins told reporters after Gio Gonzalez followed Max Scherzer with another strong effort on the mound in Citi Field in the Nationals' 1-0 win.

With a win last night in Citi Field, Washington Nationals' lefty Gio Gonzalez improved to (6-1) in nine career starts in the New York Mets' home. With his seven scoreless innings of work, Gonzalez lowered his ERA in Flushing, Queens to 1.66 in 59 ⅔ innings pitched, over which he's now walked 20 (with two last night), struck out 60 (after he added nine) and held Mets' hitters to a combined .159/.235/.231 line.

Without some help from his defense, however, he might have been in an early hole.

Gonzalez gave up a one-out single by Mets' center fielder Juan Lagares in the bottom of the first inning and Lagares tried to score on a double to left by Lucas Duda only to get thrown out at home on a perfectly-executed relay from Jayson Werth to Ian Desmond and Wilson Ramos, who applied the tag on the dead-to-rights runner.

"As long as Gio throws the ball where he wants to throw it and gets ahead in counts, then he's really effective..." -Matt Williams on Gio Gonzalez vs the Mets

"Gio is going to make them put the ball in play and so we need to make the plays behind him," Matt Williams said after the Nats' 1-0 win in New York. "Tonight it happened for us which is a good thing."

It happened for Gonzalez too, after the drama early in the outing. Three of the six hits he allowed came in the first two innings, but the 29-year-old lefty settled in and limited the Mets to just three hits over the next five frames.

Williams said Gonzalez quickly found his secondary pitches after the trouble in the first and was able to go from there with all his weapons working.

Gonzalez told reporters that he actually took some things he saw from Max Scherzer on the mound on Friday night as inspiration.

"I wanted to be aggressive," he said, as quoted by MASNSports.com's Chris Johnson.

"I was flying open a little bit. I was nit-picking the corners, trying to be fine with it. And after that, I just figured, 'You know what? Here, just put it in play. Get me out of there. Let me get a couple of strong innings.' I was also watching Maxie throw yesterday. He looked aggressive. He was going after them. That's what I didn't want to do was fall behind on a good hitting team."

"As long as Gio throws the ball where he wants to throw it and gets ahead in counts, then he's really effective," Williams added. "When he gets into trouble, the ball is off the zone and getting behind, he didn't do that tonight."

Nationals 1-0 over Mets in Citi Field 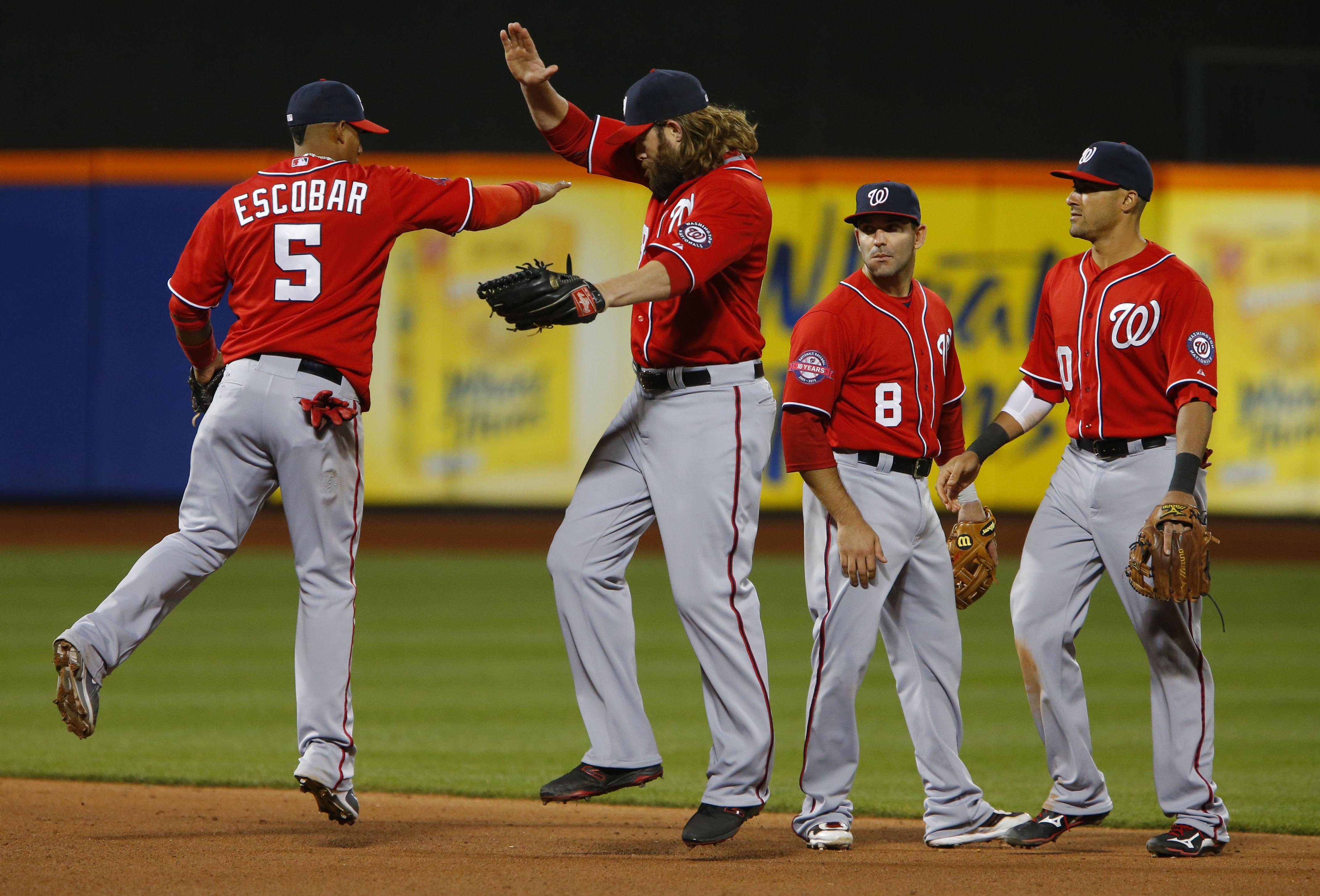 Mets' skipper Terry Collins, after seeing Stephen Strasburg on Thursday (5 ⅓ IP, 2 ER), Scherzer on Friday (7 IP, 1 ER) and Gonzalez (7 IP, 1 ER), told reporters last night that they know this is what they're in for when they go up against Washington.

"With their pitching staff," Collins said, "every night you're going to see almost a no.1 starter, every single night so you've got to pitch well yourself, and we did that tonight, we just couldn't get to Gio. We know he can be really, really good like he was tonight."

We talked about Gonzalez's outing, the Nationals' 1-0 win, the bullpen matchups in the eighth and more on Nats Nightly after last night's game: