There was panic in NatsTown again on Friday night after Washington Nationals' starter Stephen Strasburg left the series opener against the Cincinnati Reds one batter into the second, having faced five hitters and surrendered a homer that put the Nats in an early 1-0 hole.

The 26-year-old right-hander was clearly uncomfortable on the mound in the second, stretching his neck and rolling his right shoulder after pitches and it was obvious enough that after he issued a leadoff walk to Brayan Pena, he got a visit on the mound from manager Matt Williams and team trainer Lee Kuntz.

Without much of a discussion Strasburg, who's dealt with ankle and back issues already this season, left the game at that point. After what ended up a 5-2 loss in Great American Ball Park, Williams talked to reporters about the issue that led to Strasburg's early exit.

"He came out of the game with left trap tightness," Williams explained. "Trapezius muscle, neck tightness."

Asked if it was in any way connected to the previous issues this season, Williams said they weren't sure.

"We don't know at this point," he told reporters. "Have to see how he is tomorrow and evaluate. I don't know, it's the other side, so we'll see what he shows up with tomorrow."

It wasn't an issue before tonight according to the Nats' skipper.

"This is new," Williams said. "It's new. It's left side and it's in his neck, so we'll have to address it, but nothing as of right now until tomorrow."

"It's hard for me to really turn my head to the left and I just didn't feel like it was something where I'd be able to throw out of the corner of my eyes..." - Stephen Strasburg on injury after tonight's game

As Strasburg explained it, he felt fine through his pregame bullpen and the first inning, but something happened in between innings.

"It's pretty stiff," the right-hander said. "I don't know why. It just felt fine in the first inning. And then when I sat down in the second I just felt it kind of tighten up a little bit so I threw some Hot Stuff on it and it just progressed.

"It's hard for me to really turn my head to the left and I just didn't feel like it was something where I'd be able to throw out of the corner of my eyes and be effective and just didn't want to push it too much."

Williams was asked when he realized something was wrong?

"When he got out there for the second inning," he said.

"Came out of the bullpen good, went through the first inning good. Joey [Votto] hit a 97 mph fastball down and in for a homer, pretty good pitch, but then the second inning he went out there [and] it started to tighten up on him." 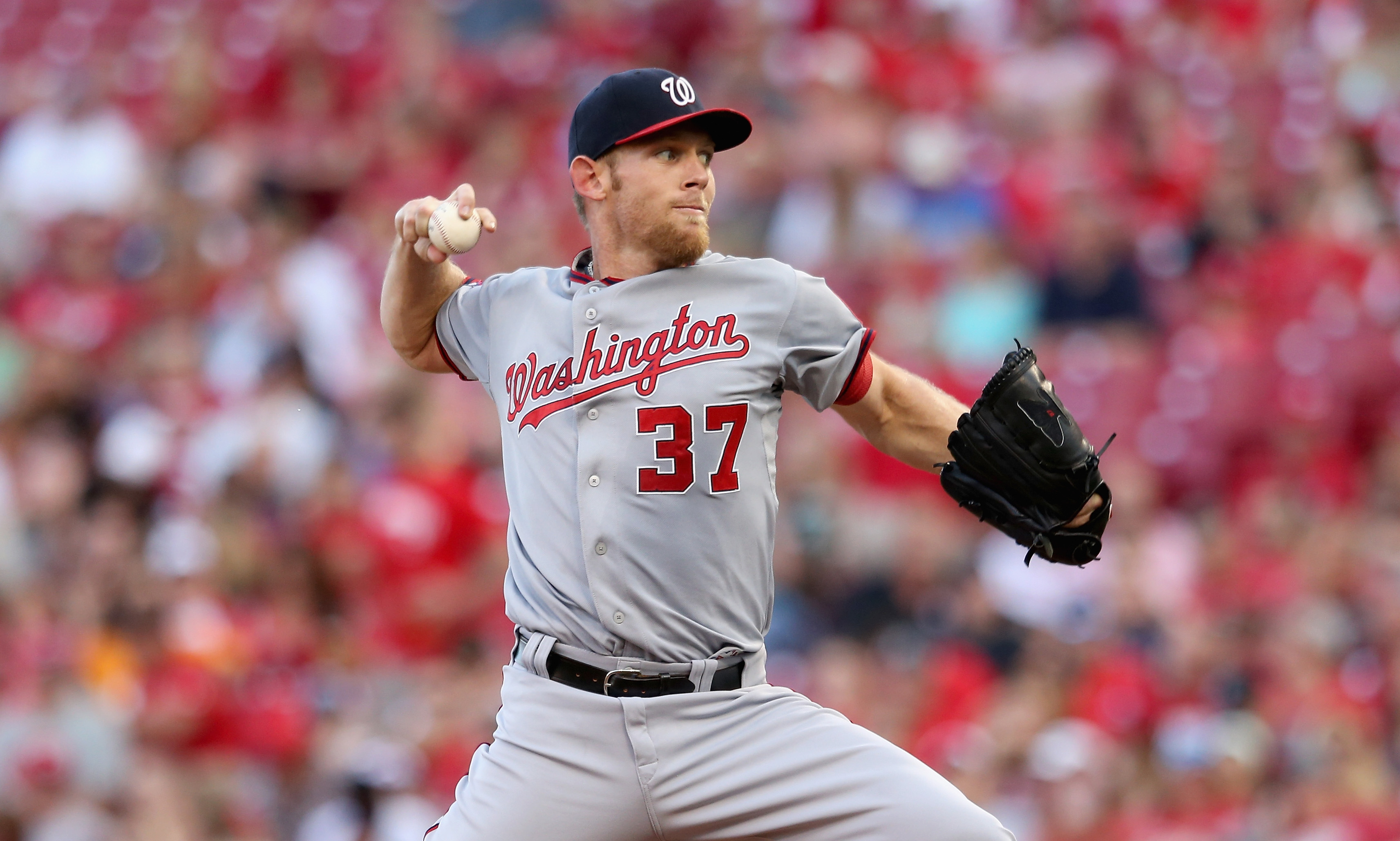 "It wasn't a pitch, really, or anything," Strasburg said. "I never felt it on a pitch, it was just like I sat down, I don't know what it was. I just felt it start tightening up and it's pretty tight right now too."

Until he sat down for the top of the second, however, there was no problem.

"I didn't feel anything," he explained. "It felt good and like I said, it was just after the first inning, I kind of just sat down and for some reason it locked up on me."