For the first time since 2011, Washington Nationals' infielder Danny Espinosa had a two-home run game last night in the nation's capital. He was sort-of-upstaged by Bryce Harper, of course, but Espinosa impressed his skipper once again.

Danny Espinosa's first two-home run games since May 31st of 2011 and the third two-home run game of his six-year career was upstaged somewhat by Bryce Harper's prolific home run hitting, but the Nationals' 28-year-old infielder laughed it off and told MASN's Johnny Holliday and Phil Wood that he was just as impressed as everyone else with Harper's five blasts in the last two games.

"He's on everything. He's really not getting fooled by anything. Swing looks great, real under control, so it's a lot of fun to watch him hit right now." -Danny Espinosa on Bryce Harper's swing

"He's been swinging the bat real well," Espinosa said. "He's on everything. He's really not getting fooled by anything. Swing looks great, real under control, so it's a lot of fun to watch him hit right now."

"It's calm and it's quick and he's waiting for the baseball, he's not going to get it," Washington's skipper, Matt Williams, said last night when asked about Harper's swing after the 22-year-old outfielder hit two out for five home runs in the last two games.

Asked about Espinosa, who went 0 for 2 with two Ks against Atlanta's starter Eric Stults then 2 for 2 with the two homers off the Braves' right-handed relievers Brandon Cunniff and Trevor Cahill, Williams said, "Little bit of the same."

"He was a little bit bigger right-handed against Stults, and then he got some guys in there with some velocity and calmed it down a little bit and just hit it. When the weather warms up here the ball carries a little bit better. It hasn't mattered much for Bryce in the last two games, but Danny just stayed on two balls and got the bat head to them and hit them well."

Both of Espinosa's home runs were opposite field blasts, on a 94 mph first-pitch fastball from Cunniff and a 93 mph 1-0 heater from Cahill in his next at bat.

"For me he's got bigger power right-handed than he does left-handed. Viewing it in batting practice, he's more powerful..." -Matt Williams on "Left Side" vs "Right Side" Danny Espinosa

Williams was asked if the fact that Espinosa hit exclusively from the right side against lefties and righties this Spring may have allowed him to stop thinking about his left-handed stroke?

All four of Espinosa's home runs early this year have come from the left side of the plate.

"Possibly," Williams said. "That's potentially something that has attributed to the success. I just think he's ready to play every day and I think he works hard. Every day now he's taking batting practice left-handed, but it's been, for him too, it's been more under control and taking what they're giving him. Base hits and then if he gets a chance to get a ball up in the zone that he can hit well then he does."

Williams did, however, say that in his opinion, Espinosa has more power from the right side of the plate. 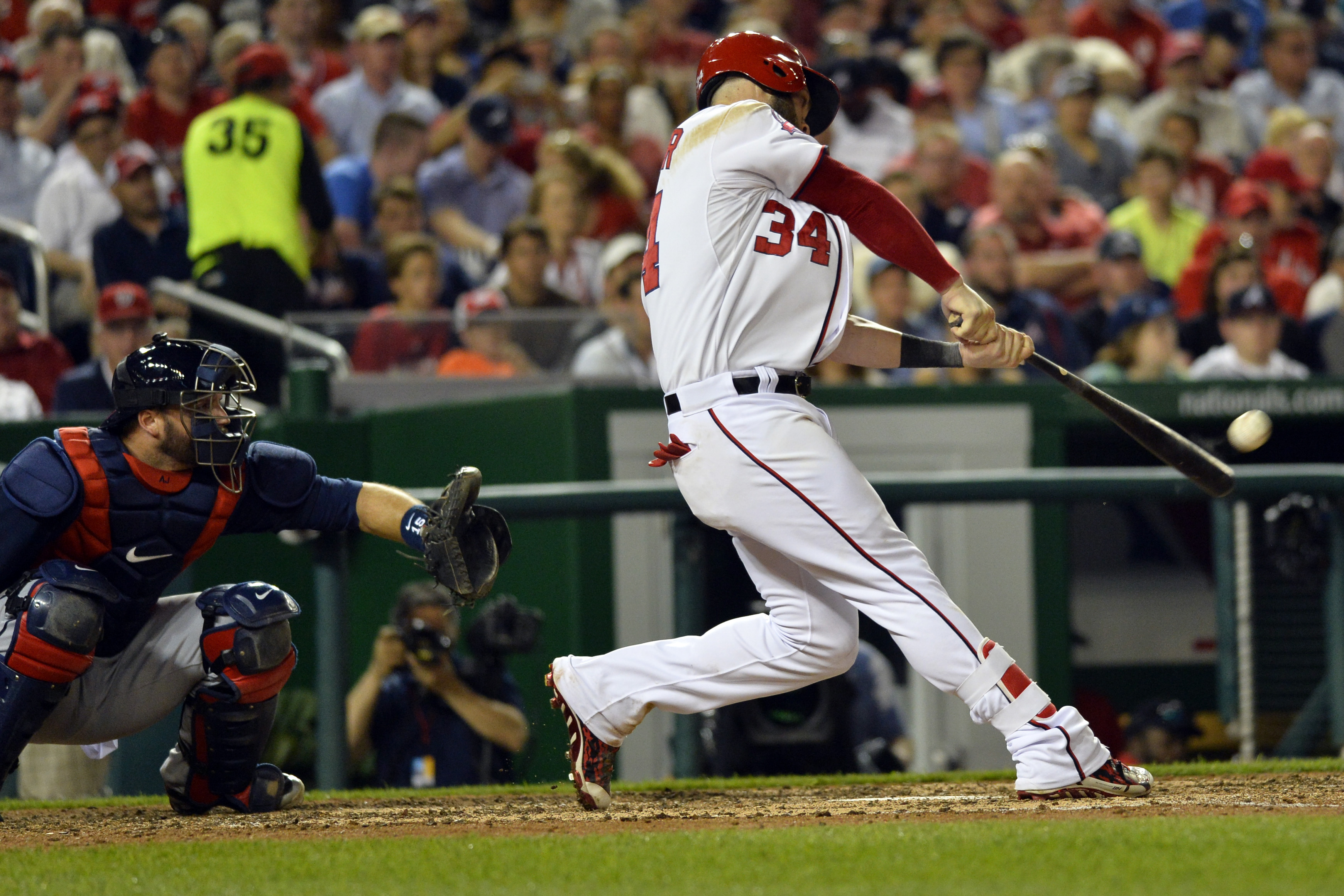 "I think the power from the left side is attributed to more at bats than the right side. For me he's got bigger power right-handed than he does left-handed. Viewing it in batting practice, he's more powerful for me right-handed. He's hit more homers left-handed because he's hit left-handed, but I think his greater power is right-handed."

Espinosa has hit 44 of 59 career dingers from the left side of the plate, in 1,515 plate appearances, with the other 15 in just 526 career PAs right-handed against lefties, and he does have a .458 SLG on his career from the right side vs his .368 SLG on the left side.

As Espinosa said on MASN's post game interview, he's more concerned with just staying in the place he's in right now than anything else.