Washington Nationals' starter Jordan Zimmermann has struggled with his command in each of his last two starts and another brief outing against the Milwaukee Brewers in Miller Park taxed an already beleaguered Nats' bullpen.

The eighth start in that unbeaten streak was a scoreless eight-inning outing in the nation's capital in which he shut Toronto out, limiting the Blue Jays to six hits and a walk in a 2-0 win.

"Every inning I had guys on base and I was working out of jams all day. It should have been a lot worse than what it was. I guess I can take that out of it." -Jordan Zimmermann on brief outing vs Cubs

In two starts since then, including last night's brief appearance in Milwaukee's Miller Park, the Auburndale, Wisconsin-born righty has given up 19 hits, three walks and 10 ER in 8 ⅓ IP (10.80 ERA) over which opposing hitters have posted a gaudy .452/.489/.595 line.

The Cubs connected for ten hits and scored four runs in five innings in what ended up a 6-3 win for the Cubs, and the Brewers scored six runs on nine hits in just 3 ⅓ before Zimmermann was lifted with the Nats trailing 5-2 in what ended up an 8-4 loss.

"Every inning I had guys on base and I was working out of jams all day," Zimmermann told reporters after the start against the Cubs.

"It should have been a lot worse than what it was," he added. "I guess I can take that out of it. I had 12 baserunners in five innings and they only got four runs, which was halfway decent."

"Just wasn't locating," Zimmermann said. "Leaving the ball over the middle. My breaking pitches were terrible. That's going to happen when you don't have all your pitches and I just wasn't sharp today."

He said much the same after last night's loss to the Brewers.

"Everything was over the middle," Zimmermann explained, as quoted by The Washington Post's James Wagner:

"I was falling behind guys, and then I [was coming] after them and leaving stuff over the middle. . . . It’s just one of those nights that nothing was working for me."

"I think his location was off," Nats' skipper Matt Williams said. "Couldn't command much tonight. Balls middle of the plate and up."

"I think his location was off. Couldn't command much tonight. Balls middle of the plate and up..." -Matt Williams on Jordan Zimmermann's struggles vs the Brewers

It wasn't all on Zimmermann, of course.

Before Milwaukee scored the first two runs of the game, Ryan Braun grounded into what looked like an inning-ending double play, but a moment's hesitation on the part of Nationals' shortstop Ian Desmond's led to Braun reaching first safely ahead of Anthony Rendon's throw from second.

An Adam Lind single and Aramis Ramirez double followed with the Brewers' third baseman driving in two for a 2-0 lead.

"We had an opportunity to turn two in the first inning that didn't happen," Williams said, "and then a couple of base hits and we're down two. But from then on he just wasn't commanding as well as he normally does."

Zimmermann's early exit, of course, did damage to more than just his ERA, which jumped from 2.88 on June 2nd to 3.18 after the start against the Cubs and 3.74 after last night's outing.

"Short outing, tax the bullpen again," Williams said. "So we'll have to make some adjustments and get him ready for his next turn.

"We'll start tomorrow hopefully, getting the ball down in the zone a little bit, collecting some runs ourselves and got get them tomorrow."

Doug Fister, who started for Double-A Harrisburg last night and Stephen Strasburg, who threw a live bullpen against teammates in Milwaukee, are currently unavailable, on the DL. Zimmermann is struggling, and a team that was "built" around pitching is struggling at the plate and on the mound as they've lost five of the last six and 11 of the last 14.

Brewers 8-4 over Nationals in Miller Park 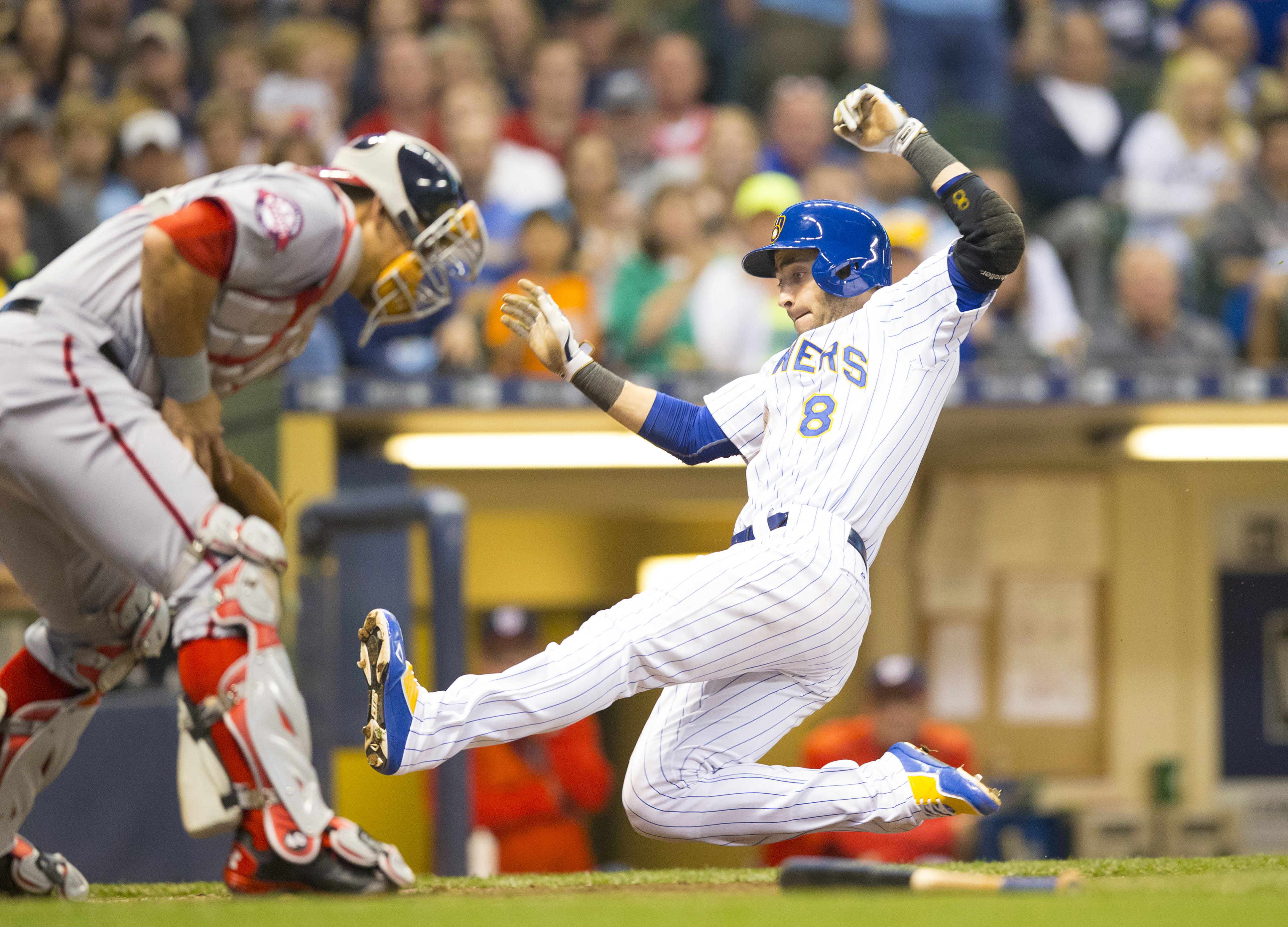 "It's still built on starting pitching," Williams told reporters in Miller Park, "and all of our starters will be just fine. Going through a rough patch right now, but they'll come out of it and continue to work hard, we'll get through it."

It's not all on the starters either, the Nats' skipper explained.

"We have to play the game behind them a little bit better too. It's one thing for Jordan to struggle with command and give up some base hits, but if we're giving them extra bases or not getting the outs that we should get, it puts more pressure on him certainly, so, have to a better job of that, we'll start tomorrow."

• We talked about the Nationals' loss, Zimmermann's struggles and more on a rant-filled edition of Nats Nightly after last night's game: