Bryce Harper took a 95 mph fastball off his left quad in his final trip to the plate on Saturday in Milwaukee. Will the Washington Nationals' slugger be back in the lineup on Sunday, or will the HBP lead to a day off?

Share All sharing options for: Nationals' slugger Bryce Harper leaves game after getting hit in the leg

Three games into the four-game set in Miller Park, Washington Nationals' slugger Bryce Harper was 6 for 9 against the Milwaukee Brewers, with a homer, four runs batted in and four walks when he stepped to the plate against right-hander Michael Blazek in the top of the ninth inning.

"Got him right in the quad... right above the knee, so we want to make sure that -- given the state of that game -- get him out, get some ice on him right away..." -Matt Williams on HBP on Bryce Harper

Blazek threw a 95 mph fastball way inside and caught Harper on his back, left, leg, right above the knee. Harper stumbled, bent over at the hips and tried to walk it off but didn't get far.

Nats' skipper Matt Willliams and the Nationals' trainer came out to check on Harper, who left the game at that point, hobbling off the field in obvious pain.

"Got him right in the quad," Williams said after the Nationals' 7-2 win over the Brewers. "Right above the knee, so we want to make sure that -- given the state of that game -- get him out, get some ice on him right away, hopefully he's good to go tomorrow."

"'It hurts,'" Harper told reporters, including Washington Post writer James Wagner, who noted that Harper was still limping when he met with the press.

"'Really bad. … Squared me up pretty well. 95 to the knee don’t feel very good. We’ll see what happens tomorrow and see if it feels good."

Harper singled the first time up, connecting for the third straight one-out hit off Brewers' right-hander Jimmy Nelson and driving in the first run of the game.

The second time up, the 22-year-old slugger lined a one-out single to center field.

Harper walked in the fifth, taking his 52nd free pass, which him more walks than Ks (51) through 61 games. 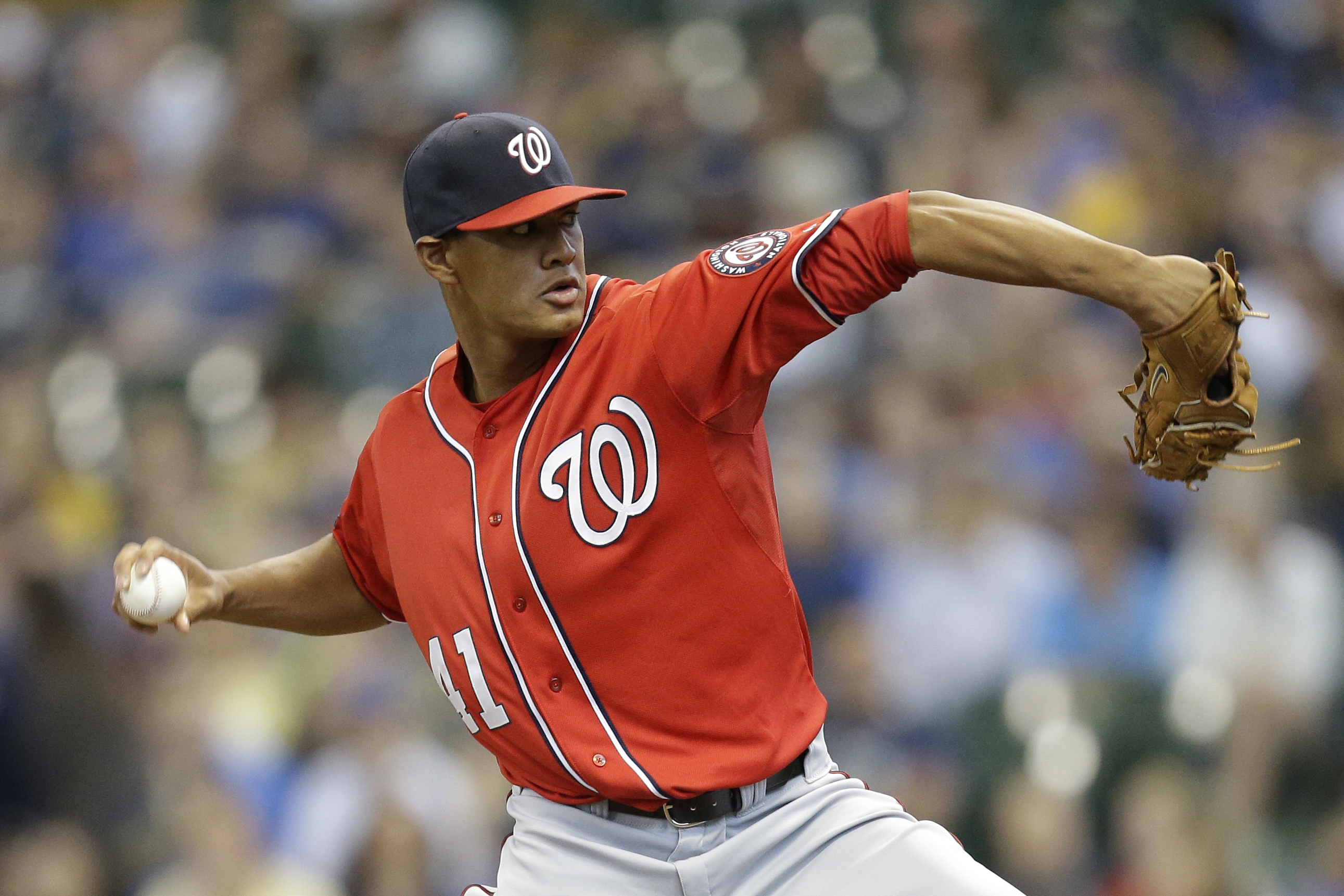 On the road trip that started in New York with two against the Yankees before the Nationals traveled to Wisconsin, Harper is 9 for 17, leaving him with a .339 AVG (39 for 115) on the road this season.

He's also reached base in 32 of 33 games away from the nation's capital this season with a .480 OBP outside of D.C.

"It's been good," his manager said when asked about Harper's season so far. "It's calm, it's under control. He's taking what they're giving him and he's driving the ball too, but today's an example of just taking what they gave him. It's flat, it's level, it's controlled baseball for him, which is, it's important for him, if he does that then you can see what can happen."