Doug Fister is scheduled to start against the Tampa Bay Rays on Thursday. Stephen Strasburg is making a rehab start for the Harrisburg Senators at noon today. So what will the Washington Nationals do when both starters are able to return?

Doug Fister is scheduled to return to the Washington Nationals' rotation after two rehab starts in which the 31-year-old right-hander, who was placed on the DL on May 15th with right forearm tightness related to a flexor strain, gave up a total of two runs, one earned and nine hits in 9 ⅔ innings pitched in which he struck out 10 batters. Matt Williams said yesterday that Fister would return against Tampa Bay tomorrow night in the nation's capital, barring any setbacks.

"We're not going to push him too far. Seventy pitches last time is pretty good, but it doesn't mean that we're going to run him to 110 either..." -Matt Williams on plans for Doug Fister on Thursday

"We're looking at Thursday, yeah," he told reporters in Tropicana Field. "Barring some kind of issue between now and then, we'll look to Thursday."

Fister threw a total of 70 pitches in six scoreless innings for the Harrisburg Senators this past Friday night.

Williams said the sinker-balling righty should be able to approach his return to the majors like any other start in terms of pitch count.

"We're not going to push him too far," the second-year skipper explained. "Seventy pitches last time is pretty good, but it doesn't mean that we're going to run him to 110 either, but he feels good coming out of it, he's ready to go, so we'll see what we can take it to."

Fister's return will make a move necessary, and though 22-year-old righty Joe Ross would seem likely to be the odd man out in spite of two solid starts since he was called up to make his major league debut, Washington Post writer Chelsea Janes wrote this week that Williams, "did not rule him in or out of another start."

"'Those are decisions that hopefully will have to be made, but they’re good decisions,'" Williams told the WaPost reporter, before adding that Ross has, "... opened eyes and shown us a lot.'"

Williams was asked specifically about Tanner Roark when he discussed Fister's return yesterday.

With both Fister and, barring any setbacks for either, Stephen Strasburg returning in the near-future, does that mean Roark is heading back to the pen where he began the 2015 campaign after the signing of Max Scherzer forced the 2014 15-game-winning, +3.2 fWAR starter out of the rotation?

"Hopefully today is a really good start for [Roark] and with Doug being ready and Stras coming back we'll see where we stand with all of it..." -Matt Williams on plan for Nationals' rotation

"We're just going to see how it goes," Williams said. "Hopefully today is a really good start for him and with Doug being ready and Stras coming back we'll see where we stand with all of it and hopefully today he makes it very difficult to make a decision."

He said afterwards that he hasn't been told and has no idea what the future holds.

"He had a really good live session in Milwaukee and came through his bullpen good yesterday," Williams said on Sunday. "So he's ready to go. He's 60 pitches in the live and he can get out and get his rehab start and he's good to 80 or 85 and as long as he feels good physically then we're happy about that. He has had no issues so far. And so we'll step up the competition and intensity a little bit and make sure he's good to go."

It's hard to tell if it's all a little quick for Strasburg without having seen the bullpen session live, but Nats' bench bat and backup first baseman and outfielder Tyler Moore offered a first-person account after facing the right-hander. 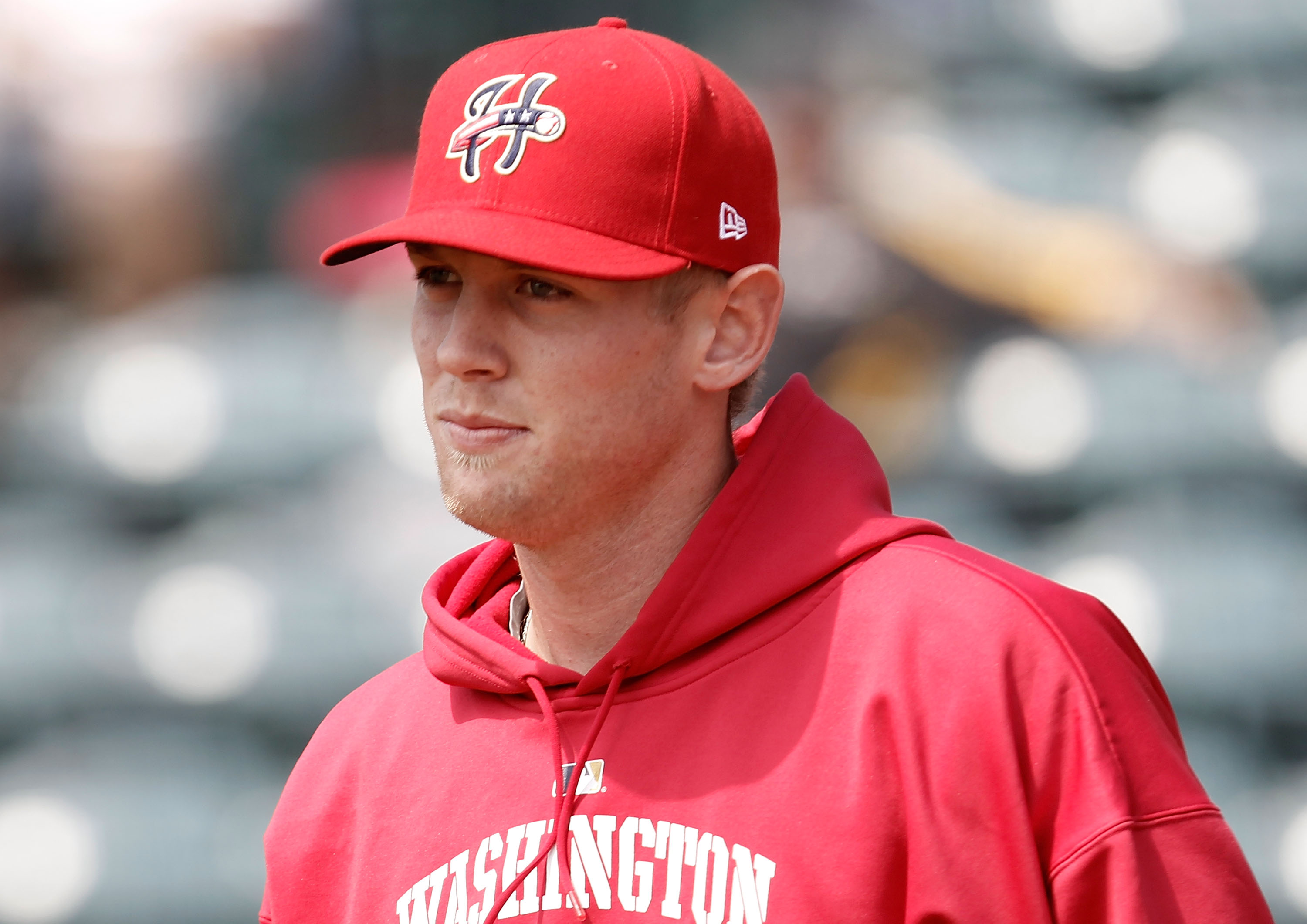 "I don’t know why he’s not pitching now," Moore told the Washington Post this weekend.

"His stuff didn’t look any different. Explosive. The fastball really gets on you and curveball is really sharp. He was throwing strikes. He seemed to be fine out there. It wasn’t a comfortable at-bat."

Strasburg makes his first rehab start today at noon in Harrisburg, PA's Metro Bank Park. It's available on MiLB.tv if you have nothing to do this afternoon. After that?