Washington Nationals' skipper Matt Williams talked today about Stephen Strasburg's rehab outing with the Harrisburg Senators and what's next for Strasburg and the rest of the Nats' rotation. Will Strasburg's next start take place on a major league mound?

In his first, and what might be his only, rehab start this afternoon in Harrisburg, Pennsylvania's Metro Bank Park, 26-year-old, right-handed Washington Nationals' starter Stephen Strasburg struck out six in five innings and gave up four hits and two runs, one earned, in a 4-3 loss to the Richmond Flying Squirrels.

Strasburg told reporters that he felt better today than he has since he initially injured his ankle in Spring Training.

"Threw seventy-one pitches in five innings, which is a really nice pitch count for him given that many times up and out there..." -Matt Williams on Stephen Strasburg's rehab start with Senators

Strasburg said he was happy with today's outing when he spoke to reporters.

"The goals were just go out there and establish fastball, establish the command, pitch to both sides of the plate, throw some off-speed effectively down and keep the tempo up," Strasburg said, as quoted by MASNSports.com's Chris Johnson.

"I feel really good and I feel strong."

Strasburg's fastball sat around 96 and he dialed it up to 98 on the in-stadium radar at least once while mixing in a changeup and a number of curves.

"I thought he came out of it fine," he said.

"Threw 71 pitches in five innings, which is a really nice pitch count for him given that many times up and out there and then, really, he had another inning in the bullpen, albeit a short inning, so he went back down to the bullpen and threw nine more to give him 80 [pitches] and so he really had six times up and came out of it feeling fine, so we'll see where he recovers to tomorrow and his next bullpen and see where he's at, but it was a good outing for him today."

Williams wasn't yet ready to commit to the idea that Strasburg's next start will take place in the majors, though he acknowledged that considering where Strasburg is in terms of his pitch count, it would make sense, if he's healthy, for him to pitch for the Nationals next time out.

"We have to see how he is feeling after today and how he gets through his bullpen which won't be for a couple more days..." -Attribution goes here (optional)

"We have to see how he is feeling after today and how he gets through his bullpen which won't be for a couple more days," Williams explained. "But after that if he feels good to go, then -- his pitch count is such that it would be his final Spring Training pitch count anyway in anticipation of start no.1 for the season at 80 or 85 pitches anyway, so he would be good to 100-ish for the next start, so if he feels good, there's no reason we wouldn't think about that."

The Nationals have Doug Fister (DL'd with tightness in his right forearm) scheduled to start tomorrow night against Tampa Bay after two rehab starts, and the Nats could have Strasburg back soon.

Williams was asked if he's looking forward to have all five starters (Max Scherzer, Strasburg, Jordan Zimmermann, Fister and Gio Gonzalez) who were expected to make up the 2015 rotation back on the mound?

"I think that the guys that have stepped in for them have done a fine job," he said. "Tanner [Roark] has done fine. Joe [Ross] has done fine. But the plan going into the season was to have those five guys in the rotation and Tanner in the bullpen. Never in our wildest imagination we thought Joe Ross would be here. But he's stepped in and done well, so that's a good thing for us. But we'd like to get whole and we'd like to get healthy. We still have some guys that won't be here for a while, but you've got to go with it. And so if Doug is healthy and ready then he's got track record and we have confidence in him and the same goes for Stephen. If he's healthy and ready to pitch then we want him on the mound every fifth day."

Strasburg strikes out six in rehab start with Harrisburg 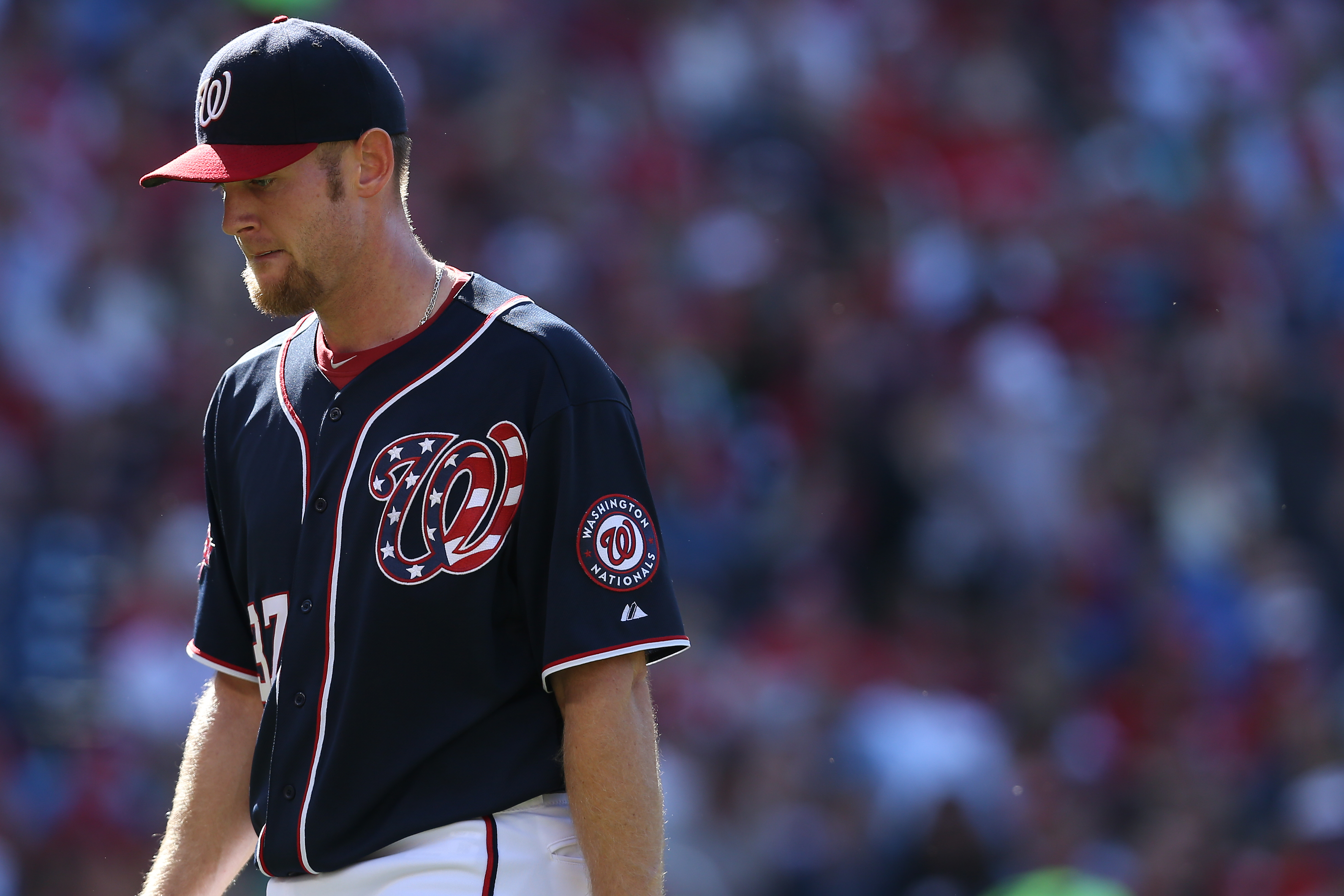 As for how the Nationals' starters will line up over the next few games after Zimmermann tonight and Fister tomorrow?

"It's the same as it has been," Williams said, "so you can do the math. Max [Scherzer] is certainly scheduled for the weekend, Gio [Gonzalez] is scheduled for the weekend, and Joe is on his normal turn, so unless we decide to make a change or if we've got to go heavy somewhere in the next day or two, then we can make that change and move guys, but that's how it sits right now, so we'll just continue with it."