Washington Nationals' manager Matt Williams and Nats' GM Mike Rizzo talked openly in the last two days about what the future holds for the top infield prospect in the organization, Trea Turner, who was officially acquired from the Padres on Sunday.

Former Washington Nationals' GM and current MLB Network Radio host Jim Bowden went out on a limb with what he described as a "bold" prediction earlier this week when he said that he thought new Nats' prospect Trea Turner would be the Nationals' shortstop by August 1st:

.@JimBowden_ESPN: "My bold prediction: Trea Turner will be the everyday SS by August 1st." #Nationals #InsidePitch

Chris Lingebach, from 106.7 the FAN in D.C., got the full quote from Bowden on MLB Network Radio:

"Trea Turner — and I’m going to make this bold prediction; you know I’ve done it before — will be the everyday shortstop for the Nationals by August 1. Okay? I’m going out there to say it. This kid’s got range to both sides. He’s got speed. He’s hitting .341 in the minors with like a 41 [percent] on-base. He is the guy to definitely watch."

Turner, 22, put up a .322/.385/.471 line, 13 doubles, three triples, five home runs and 11 stolen bases in 58 games and 254 plate appearances at Double-A in San Diego's system at the start of his second pro season, and he's now with the Nationals' Double-A affiliate after he was officially included as the PTBNL in this winter's three-team trade with the Nats, Rays and Padres a year after got a $2.9M signing bonus from the Padres, who drafted him 13th overall in the first-round in 2014.

In an MLB Network Radio interview this morning, Nats skipper Matt Williams offered a more conservative prediction when he was asked for his thoughts on when fans in the nation's capital might get a chance to see Turner, who was ranked as the top infield prospect in the organization as soon as he was included in the trade.

Williams: "Turner is getting his feet wet at Double-A here...There may be a September call-up to get acclimated to our team" #Nationals

"I don't know," Williams said. "I think that right now he's in a different league. He played Double-A ball for the Padres. Now he goes to our Double-A league and he's going to get that experience there. I don't know whether the plans are to send him to Triple-A. But he's going to get his feet wet at Double-A here.

"There may be a September call-up there, to get him acclimated to our team. But from everything that I've seen -- I haven't seen him personally play -- but everything that I've seen and heard is that he's a pretty dynamic player, he's got good speed, he's a good shortstop, he's certainly having a great offensive season, so he's progressing and doing things he needs to do to get here at some point. What that point is, at this time we just don't know. But we get to September and have an opportunity for him to get here you very well may see him in a Nationals uniform come September."

"He's a terrific prospect for us. We think he's got a great upside, but he's a prospect and he needs to develop his skills to get to the major league level..." -Mike Rizzo on Trea Turner on 106.7 the FAN in D.C.

Williams comments came a day after Nationals' GM Mike Rizzo talked to 106.7 the FAN in D.C.'s Grant Paulsen and Danny Rouhier about Turner, and brought a dose of reality to the discussion.

"He's a terrific prospect for us," Rizzo told the show's hosts. "We think he's got a great upside, but he's a prospect and he needs to develop his skills to get to the major league level and to master his skills at the minor league level is very, very important for his development. And this guy is not far out of the draft, so let's not forget how young he is and how much minor league and professional experience he's had. But with that said, he's got a great skill set and a great instinctual package in himself and he's a guy with a great clock in his head at shortstop.

"He really knows how to handle the barrel of the bat, he's got good strike zone command and has got some power and runs extremely well.

"So he's a guy that we really like and we put him in with that next wave and next group of guys, position player-wise and pitching-wise and we think that we feel good about ourselves down the road."

Asked about Bowden's bold prediction in particular, Rizzo made a bold statement of his own about the situation at short in the majors right now.

"Ian Desmond is the shortstop of the Washington Nationals," he stated firmly.

"He is and will be the shortstop of the Washington Nationals. He's one of the best shortstops in the game, a three-time Silver Slugger. I don't see anybody supplanting him as our shortstop unless he gets injured or something like that and we've got quite a few options at shortstop that we could turn to internally and several of them are on the big league club right now. 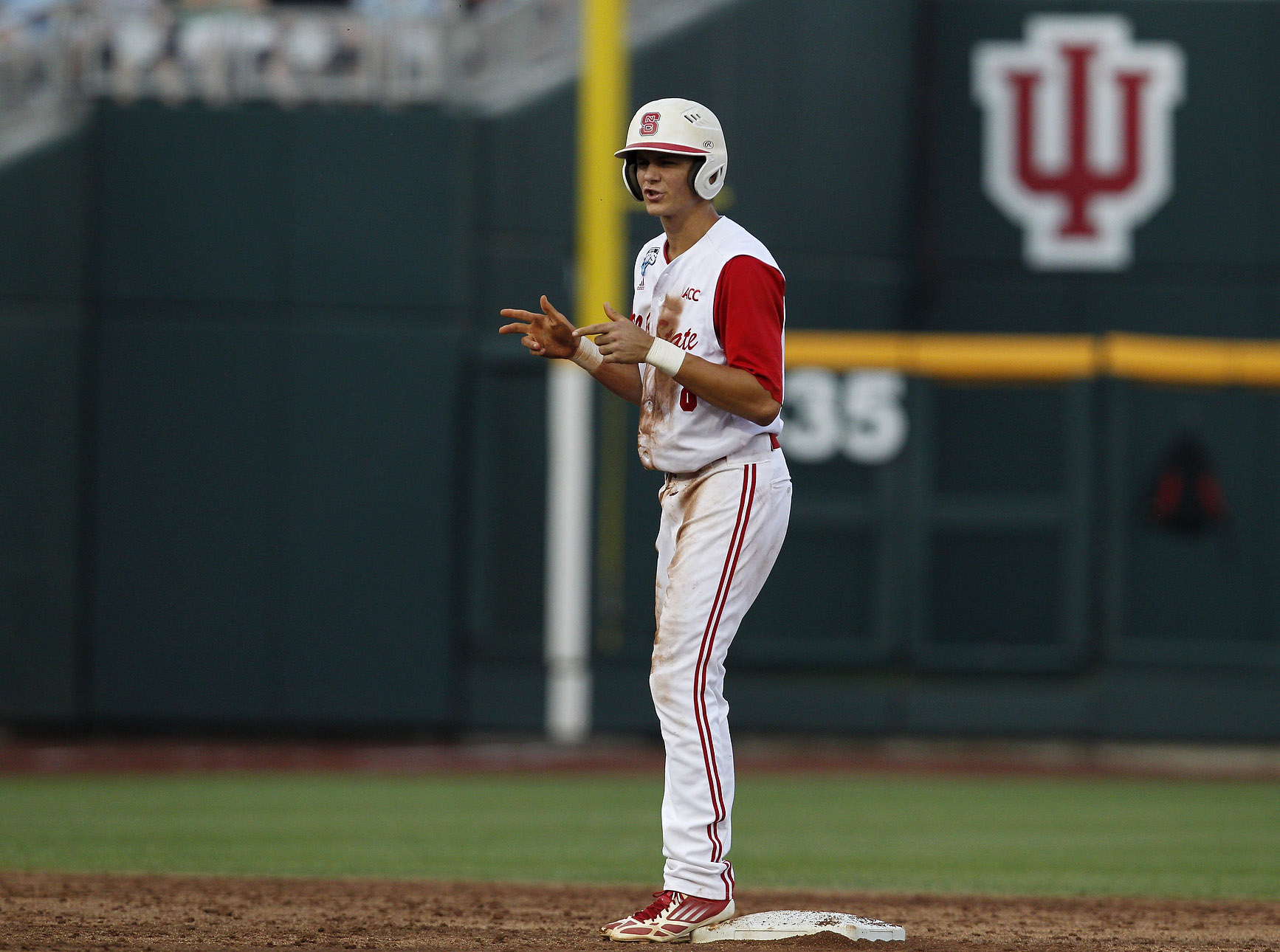 "You've got Yuni Escobar, who's been a shortstop his whole career. Danny Espinosa can handle the job. Wilmer Difo, who's a guy who's a prospect of ours that can play great defense, so highly unlikely.

"You never say never, but it's extremely unlikely that Jim will be right in this particular thing that he said, but we've got a shortstop and we've got a damn good one. And he's going to be our shortstop for every game this year, because that's what he does, he posts up every game and he's the one guy that I know when I look in the lineup that Ian Desmond is going to be there playing shortstop for us and it's a comforting feeling, believe me, with all the injuries we've had."