In just his third major league start, Washington Nationals' right-hander Joe Ross dominated a Pittsburgh Pirates team that came to the nation's capital with an eight-game win streak going. Ross struck out 11 in seven-plus innings with a brutal slider.

Before tonight's series opener with the red-hot (yellow and black, really) Pittsburgh Pirates, who were on an eight-game win streak when they arrived in the nation's capital, Washington Nationals' manager Matt Williams was asked what he wanted to see from 22-year-old starter Joe Ross on the mound in Nats Park?

"I think I want him to do what he does and that's [be] aggressive in the zone," Williams explained, "and throw the fastball to both sides of the plate and continue to do what he's done. I think that is the measure of his success, it doesn't change regardless of who he's facing."

"He throws strikes. Throws strikes down in the zone which leads to a lot of swings on the slider down out of the zone. But it starts with the fastball. He throws it where he wants to..." -Matt Williams on Joe Ross vs the Pirates

Aggressive is a good word for the approach Ross took to the Pirates and one Williams used several times in talking to reporters after the outing.

Ross pounded the zone with fastballs and dropped sliders out of it, striking out 11 batters total in 7 ⅓ innings pitched over which he gave up six hits, his second walk in 20 ⅓ IP in the majors and one earned run in what ended up a 4-1 win.

"I think that he's aggressive," Williams said. "He throws strikes. Throws strikes down in the zone which leads to a lot of swings on the slider down out of the zone. But it starts with the fastball. He throws it where he wants to, pitches in to right-handers which is good too, gets them off that slider a little bit. He's aggressive. He's been aggressive since he's been here. He's pitched really well for us."

A start like the one he had against the Pirates has to be a confidence builder, right?

"It gives him confidence to know that he can pitch against arguably one of the hottest teams in all of baseball and have success," Williams said.

"It gives him confidence to know that he can pitch against arguably one of the hottest teams in all of baseball and have success, and that does nothing but give him confidence." -Matt Williams on Joe Ross having confidence on the mound

"And that does nothing but give him confidence. From what I know of him and his personality, that doesn't change the way he's going about it, regardless of where he's at or what role he's pitching in.

"He'll continue to do what he does best and that's pound the strike zone with fastballs and use his slider."

As the Nats' skipper explained, it's hard to be surprised because they didn't know much about the right-hander, who was acquired from the Padres along with top infield prospect Trea Turner in the three-team trade with the Tampa Bay Rays this winter.

"None of us really had a chance to see him other than Spring Training," Williams said.

"We went over one day to minor league camp to watch Felipe [Rivero] throw and [Ross] started a game over there and that's the only time I'd seen him pitch. You don't get a chance to see him from the back side, it's a long way from our viewing perspective, so I don't know if we can be surprised because we just didn't know. But he's got a really good teacher in his brother that pounds the strike zone. I think they're made from the same cloth and he's aggressive and that's going to allow him to go deep in games like that because he throws strikes and he's not afraid to let them put the ball in play." 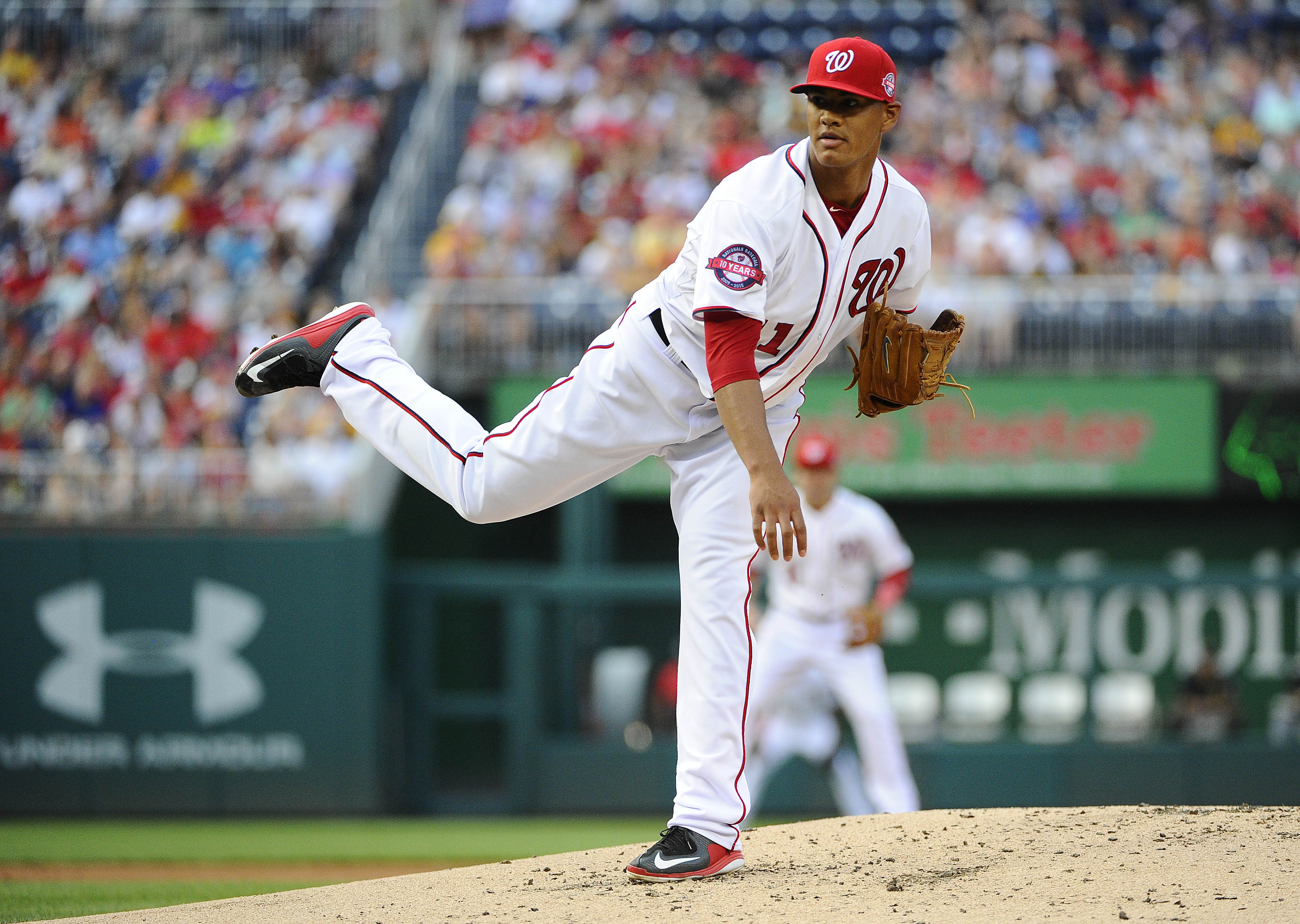 So what does the future hold for Ross? Williams wasn't saying, but with Stephen Strasburg due to return in the near future a decision will have to be made.

Whatever happens, Ross has made quite an impression on his manager and on the 38,935 fans who stood and cheered when he left the mound in Nationals Park in the eighth.

"It allows us to have confidence in him in any situation," Williams said. "So whether that's starting or if he comes back and is in the bullpen or if he remains in the bullpen or what have you, it's the impression that we all hoped he would make and I'm sure he's proud to have made, so we'll see where we go from here."