Bryce Harper returns to the Nationals' lineup after injury scare

Matt Williams told reporters this morning that he got a text from Bryce Harper telling him that he was ready to go, so the 22-year-old Washington Nationals' slugger is back in the lineup for this afternoon's game against the Pittsburgh Pirates.

Share All sharing options for: Bryce Harper returns to the Nationals' lineup after injury scare

Washington Nationals' skipper Mat Williams talked before and after last night's game about the work Bryce Harper did yesterday as he sat out of the series opener with the Pittsburgh Pirates with the mild left hamstring strain he suffered in Thursday night's finale of the four-game, two-city series with the Tampa Bay Rays.

"We'll monitor him today during batting practice, but he's in the lineup and if we see anything that tells us that he is gimpy or not feeling well, then we'll get him out." -Matt Williams on cautious approach to Harper's return today

"His comments last night were that it scared him," Williams told reporters before the Nationals took on the Pirates.

"You never want to get in that position. The surface was wet and he slipped and that's the knee he had surgery on, all of things he said last night. So that being said, we want to be cautious and make sure we're taking the appropriate steps, but for today we're going to see how he feels and if we have to get further testing..."

While Harper's teammates were preparing to take on the Pirates, the 22-year-old slugger was hard at work to see if he could get back into the lineup as soon as possible..

"He did some leg work today," Williams said in his post game press conference last night.

Harper, in response to about five different questions about how he feels, lingering concerns, etc: "I'm in the lineup."

"Got a text from him this morning that said, 'I'm good to go,' Williams said. "So yeah, he's ready to go." -Matt Williams on decision to put Harper back in the lineup

"More weights, more lifting. Again, remember, he got hit in the quad. So he did some quad work today to make sure that hematoma gets out of there. He's still hampered by it a little bit because it was a pretty good hit-by-pitch. So he has to make sure that he doesn't rest on that. He needed some PT work and he was out for BP, didn't do much, but he went out there. So good day, all in all, we'll see how he is tomorrow."

This afternoon, when the Nationals announced their lineup, Harper was penciled back in.

Williams was asked how they decided to put Harper back in and what went into the decision?

Asked if there was any reluctance when he got the text, Williams said "of course" and explained that they will continue to approach things cautiously.

"Of course we're going to get him out to BP and make sure," he said. "He's going to run, he's going to do all those things he has to do. But for right now he's in the lineup and we'll see how he gets through BP and how he reacts to all of it to make a final decision. But he's in there for now." 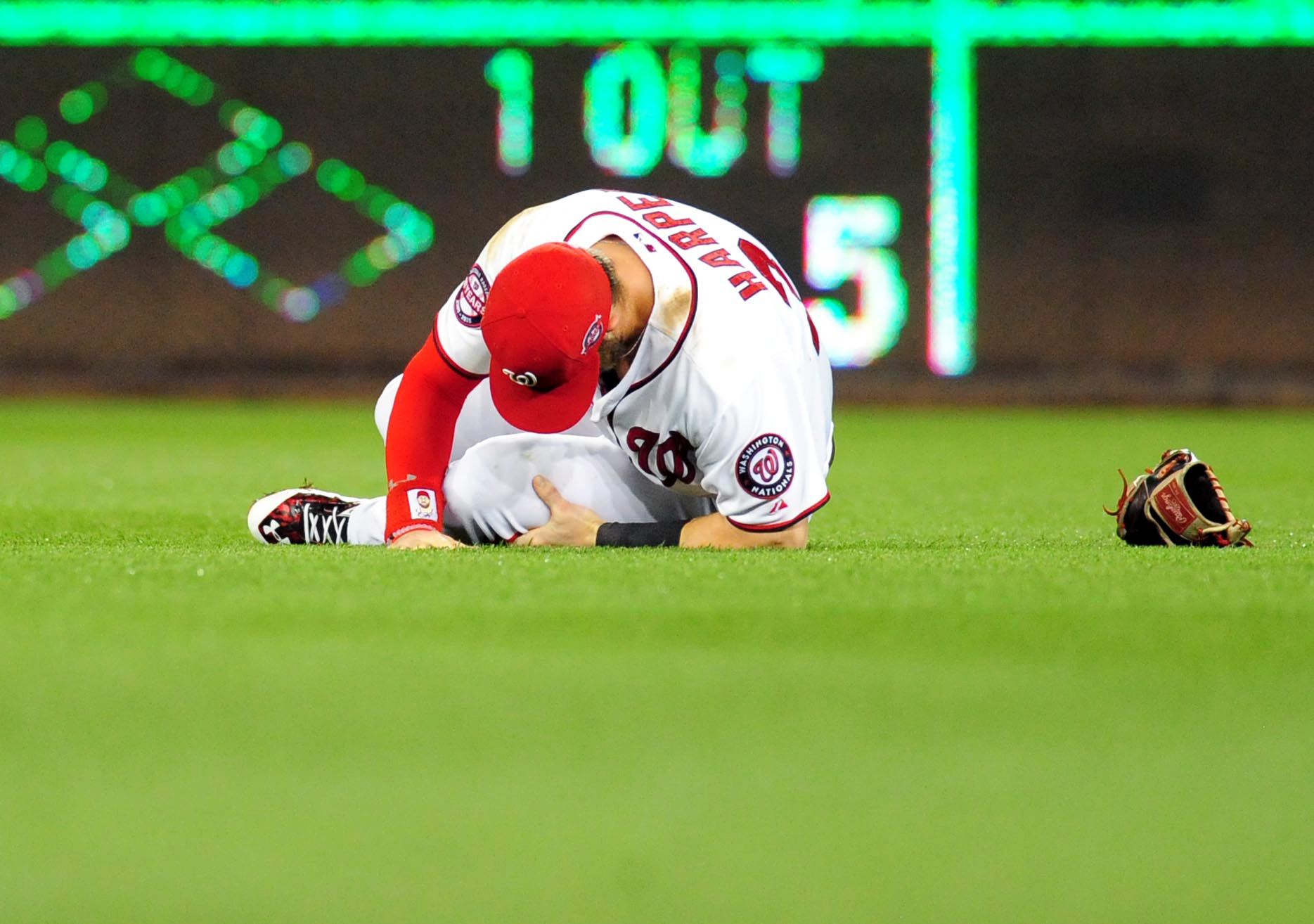 With hamstrings, or any injury really, there's a fine line that's walked in making decisions whether it's something that can be played through, but as Williams explained, they'll be watching Harper closely.

"We'll monitor him today during batting practice," he said, "but he's in the lineup and if we see anything that tells us that he is gimpy or not feeling well, then we'll get him out. But he wants to play. He feels good enough to play, and so therefore he's in the lineup today, as of right now.

"We'll get through BP first and see where we're at."