Washington Nationals' starter Stephen Strasburg struggled to find consistency throughout his first ten starts before he was placed on the DL at the end of May. After a lot of hard work and one rehab start he returns to the majors tonight in D.C.

When Stephen Strasburg was finally placed on the DL with neck tightness back on May 30th, after struggling with his command and a variety of issues (ankle/back/neck) throughout his first ten starts, Nationals' GM Mike Rizzo talked to 106.7 the FAN in D.C.'s Grant Paulsen and Danny Rouhier about the plan for the right-hander's rehab. The problems all started, he said, when Strasburg rolled his ankle in Spring Training then began compensating for the injury.

"'Cat' went back, we've all gone back the last couple, three years and looked at his alignment as he approaches the pitch to the plate and made those adjustments." -Matt Williams on the adjustments Stephen Strasburg made to mechanics

"What we're trying to do," Rizzo explained, "is we're trying to settle down all the injuries that he has and make sure that the ankle is perfectly right so he can get on line with his delivery and make sure his mechanics are good so it doesn't affect his back or any other part of his body.

"That's first and foremost what we're trying to do is get him to be where he's 100% like he was at the beginning of Spring Training before he rolled over that ankle. And then we'll attack the mechanical part of it after that, but we've got to get his body in shape and ready to pitch and once he does that I think it will be getting him on line, getting his mechanics in place and then getting him back to where he's been in the past."

After a succession of flat ground and bullpen sessions and one rehab start last Wednesday with the Double-A Harrisburg Senators, Strasburg was reinstated from the Disabled List this afternoon.

Nats' skipper Matt Williams talked to reporters before tonight's game against the Atlanta Braves, about the work Strasburg did to get himself ready for his return to the rotation.

"He spent a lot of time on it," Williams said when asked about the mechanical adjustments, "through the flat grounds, through the bullpens, the towel drills, everything that was being done in the bullpens to be on line to the plate, more on line than he had been early on in the season. [Pitching Coach Steve McCatty] went back, we've all gone back the last couple, three years and looked at his alignment as he approaches the pitch to the plate and made those adjustments."

The plan, Williams explained, was to eliminate all the distractions and thinking about his mechanics, and get Strasburg back to just pitching like he and the Nationals know he can.

"Tonight it's about competing," Williams said. "But he's had some time to work on it and get that alignment straightened out." -Matt Williams on Stephen Strasburg's return to the majors

"Tonight it's about competing," Williams said. "But he's had some time to work on it and get that alignment straightened out.

"Tonight is not going to be thinking about 'Where is my foot landing?' It's about getting outs. So hopefully all of that work he's done has allowed him to be free of mind in that regard and he just goes and competes."

Williams was asked what he would be looking for from the Nationals' 09 no.1 overall pick that would let him know that Strasburg was on the right track?

"I think it's important for him to have fastball down," he said.

Strasburg was around 95-100+ pitches throughout the first month of the season before all the injury concerns led to brief outings in May, but Williams said he was built back up to the point he could throw 95+ pitches tonight against the Braves.

"He was 80 last time, the normal progression is 95 and depending on stressful innings, depending on how he goes about it through the early part of the game, we'll determine at that point, but he should be good to 95 or 100."

As for just how big a start it was for the 26-year-old right-hander, who clearly wasn't himself on the mound before a one-inning start in Cincinnati led to the DL stint?

"I think it's big for him health-wise," Williams said. "Any time you step on the mound or to the plate, or play defense and you're not 100%, you don't feel good, something is wrong, it's never any fun, you end up thinking about that as opposed to thinking about executing whatever you're trying to do. So tonight it's important that, one, that he feels good when he walks out there and he can let it go and let if fly and there aren't any restrictions. First and foremost. 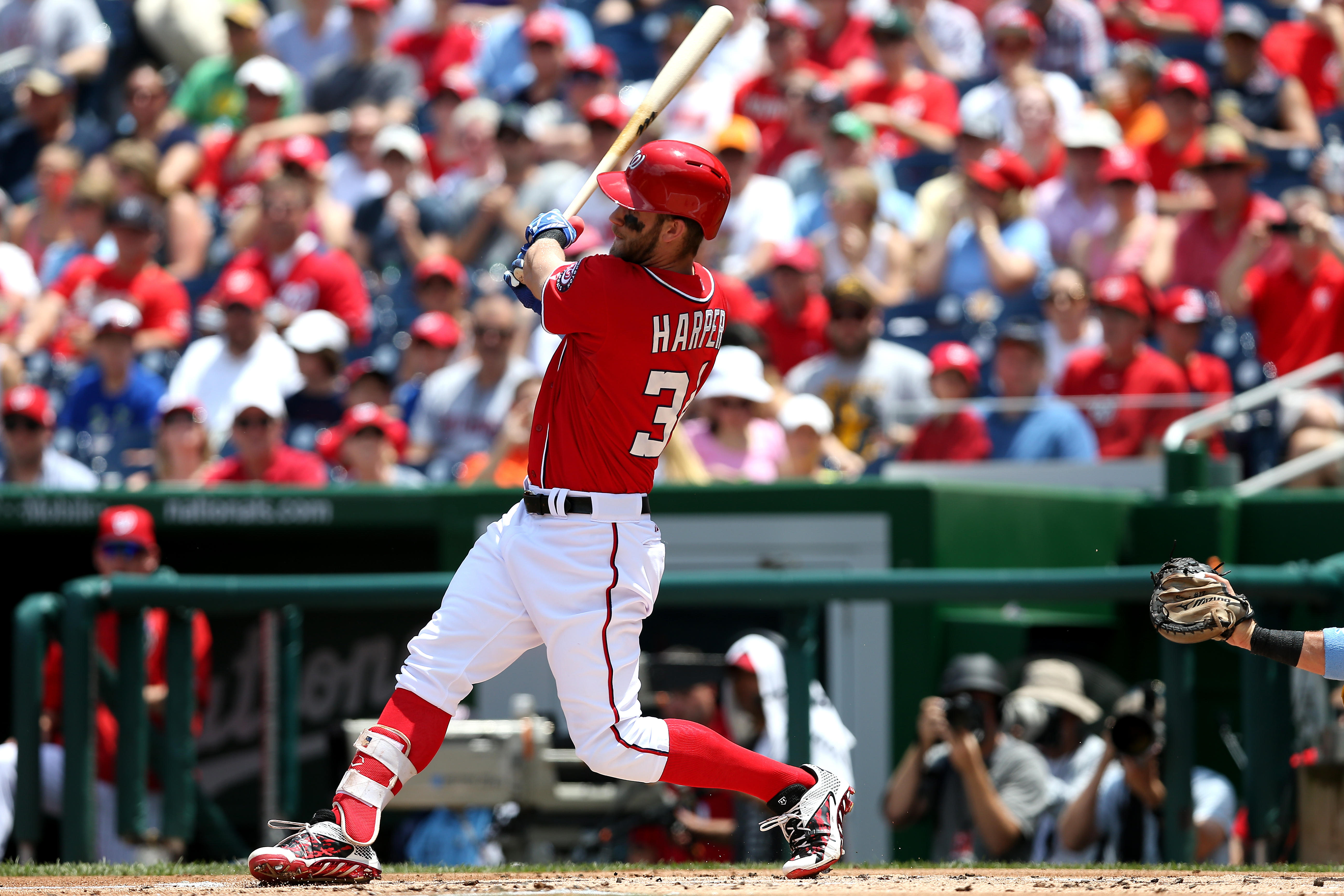 "Secondarily, it's important for him to be able throw it where he wants to. And if he can do that then he's got a real good chance of beating any team. On the other hand, if he doesn't then he can get hit.

"So, one, he feels good. Two, he's able to throw where he wants to with some conviction. That's what I'd like to see tonight, regardless of the result. We'd like to win the ballgame, of course, but for his long-term health and his long-term peace of mind and us going forward, it's just important for him to be able to be free and go compete tonight."