Matt Williams on Bryce Harper, Anthony Rendon being out of Nationals' lineup

Washington Nationals' skipper Matt Williams talked to reporters this afternoon about both Bryce Harper and Anthony Rendon getting a day off in the series finale with the Atlanta Braves in Nationals Park.

Share All sharing options for: Matt Williams on Bryce Harper, Anthony Rendon being out of Nationals' lineup

Bryce Harper, who missed one game last week when he tweaked a hamstring on a throw on the wet grass in Nationals Park's outfield, doubled in the bottom of the eleventh last night, and pulled up as he arrived at second base, limping a little and holding the back of his leg. His reaction as he arrived at the bag was noticeable enough that both Nats' skipper Matt Williams and team trainer Lee Kuntz visited the 22-year-old outfielder at second, but he told both he was fine to stay in the game and eventually scored the winning run on Ian Desmond's walk-off sac fly.

"They're both getting a day, that's as far as we're going to go. We're not going to delve into intricacies of any of that right now." -Matt Williams on Bryce Harper/Anthony Rendon sitting vs ATL

After the win, Williams was asked what Harper told him to convince him he was capable of remaining in the game?

"Just that it was a cramp when he went into second, so standing there it got a little better," Williams told reporters.

When the Nationals' lineup for the series finale with the Atlanta Braves was posted this afternoon, Harper's name was not on it, so of course Williams was asked for an update when he met with the press in the nation's capital.

"He's fine. He's getting a day off," Williams responded.

Anthony Rendon was out of the lineup too, and Williams' response on that matter was similar.

"[He's] getting a day off as well," the second-year manager said.

"He's been dealing with some soreness, so we'll give him the day too. They're both available, but today is the day to give them the rest that they need."

The soreness Rendon's dealing with is apparently not tied to his previous injury issues this season, but a left quad problem 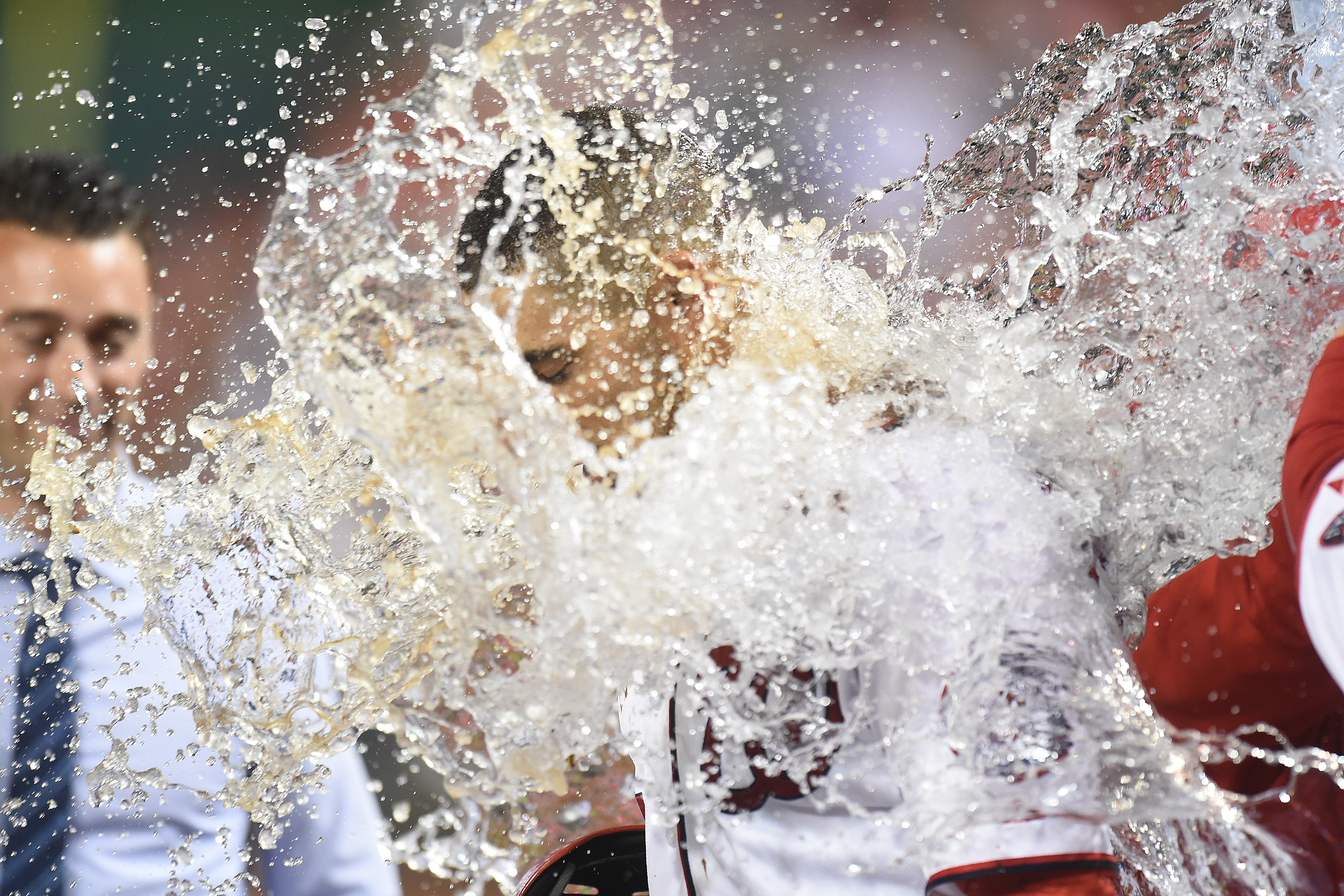 "It's nothing in the knee," Williams said.