Regardless of what role he's been asked to fill, Washington Nationals' right-hander Tanner Roark has found success by being adaptable and ready for whatever comes his way. It's a double-edged sword, of course.

Share All sharing options for: Matt Williams on Nationals' utility pitcher Tanner Roark: "He just pitches, regardless of situation."

All is right with the Washington Nationals for the moment. Their vaunted rotation is back together. With the help of Joe Ross, now down in Triple-A Syracuse, the much-ballyhooed "best rotation in baseball" put together a streak of 41 ⅓ scoreless. Stephen Strasburg and Doug Fister returned from their respective DL stints with strong outings. With solid pitching and a resurgent offense that was able to manufacture runs, the Nats finished their eight-game homestand with six straight wins, three each over the Pittsburgh Pirates and Atlanta Braves.

Everything is in its right place. Except for Tanner Roark.

The decision to send Ross, the Nationals' 22-year-old right-handed rookie, back to the minors was a tough one, but with Strasburg finally looking healthy and Fister back in the majors, it made sense that Ross would be optioned out, at least for now, in spite of the success he had after coming up from Double-A for his first exposure to major league hitters.

"It's never easy for a player to be told, especially after having success like that, that they're not going to be here," Williams explained after the announcement on Ross was made, "but he understands where we're at and he'll be ready if he's called upon again."

He wasn't the only casualty of the return of Fister and Strasburg, of course.

Also forced into a different role is Roark, the 28-year-old, +3.2 fWAR, 15-game winner in 2014 who was originally bounced from the rotation this winter when the Nationals signed Max Scherzer.

After his last start, in Milwaukee, Roark told reporters he would prepare as a starter until told otherwise, but if he had to return to the bullpen, "then I have to go back to the bullpen, so it is what it is and I'll be fine with it."

"It's certainly a luxury to know Tanner can do all of those things and if we do have an issue like we had with Doug or with Stras then he inserts back into the rotation..." -Matt Williams on Tanner Roark's role

That adaptability, manager Matt Williams said, is what has allowed Roark to have success in whatever role he's been asked to fill.

"He just doesn't care," Williams said. "If it's an inning he's ready to pitch that inning, if it's three he's ready for that and if it's a start he's ready for that. So he enjoys the opportunity to pitch whenever it is and wherever it is, and he's proven that he can handle all of them. That's mentality more than anything, just not caring what the situation is and getting outs, that's how he views it."

"It's certainly a luxury," the second-year skipper said at another point last week, "to know Tanner can do all of those things and if we do have an issue like we had with Doug or with Stras then he inserts back into the rotation and can do great and pitch well for us, so it's more of a luxury than an issue."

Even as a reliever, Roark's adaptability has him filling different roles based on the Nationals' needs.

"So, it depends. It depends on where our starters have gone and how much we potentially may have to use him long too. Hopefully that's not the case and we get the pitching like we got this weekend and guys go deep in games and we don't have to worry about that, but it's baseball. We know that it's not always the plan you lay out. So he's got the ability to pitch long. He's got the ability to pitch in the eighth. If we need him he can close the game." 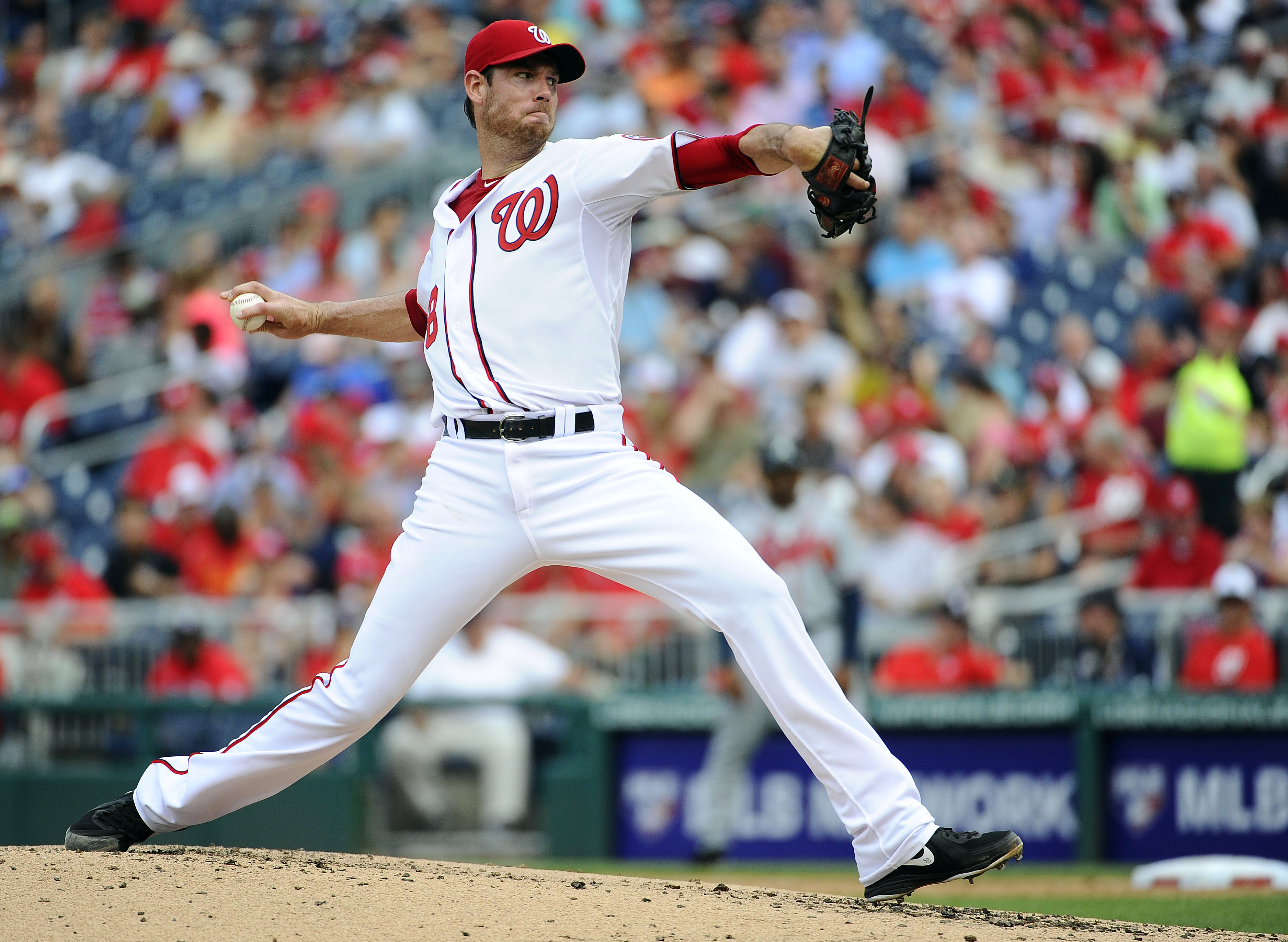 His one appearance since he returned to relief work came in Strasburg's five-inning return to the rotation on Tuesday night against Atlanta.

Roark bridged the gap to the back end of the bullpen with two scoreless innings of work.

"Tonight it's the perfect situation for us because we need length, to get to the eighth inning," Williams said. "So he provided that for us."

"He understands, he's faced all these guys so he's got a plan to get them out. Can't use him like that every day, but tonight was needed for us for him to go a couple. He just pitches, regardless of situation."