Matt Williams was as happy with Ian Desmond's eighth inning single on Thursday as he was with Desmond's two-run home run earlier in the game. Desmond doesn't care. "I don't really discriminate on hits," he said.

In the bottom of the eleventh inning on Wednesday night, Ian Desmond connected with a first-pitch fastball from Atlanta Braves' right-hander David Aardsma, sending a fly ball to left field for a walk-off sac fly that followed four trips to the plate in which the struggling shortstop was 0 for 3 with a walk.

"He stayed on a slider away," Washington Nationals' manager Matt Williams said after the Nats' 2-1 win. "It was up but that ball is away and he just stayed through it enough to drive it to the outfield. Good at bat for him."

"I'm just trying to take my same approach. There was a pitch that was over the plate and I was able to get my barrel on it." -Ian Desmond on walk-off sac fly

"I'm just trying to take my same approach," Desmond explained when asked about his game-winning at bat.

"There was a pitch that was over the plate and I was able to get my barrel on it."

Williams made the decision to rest Desmond in the series opener with the Nats' NL East rivals after he tried but didn't get the 29-year-old infielder a few days off over the weekend, since Yunel Escobar was forced to sit out by a stomach bug on Saturday.

On Tuesday afternoon he explained the decision to sit Desmond that night in favor of Danny Espinosa at short.

Desmond was back in for the second game of three with the Braves in D.C., and he came through big in extras.

In the finale with Atlanta on Thursday afternoon, Desmond reached on an error the first time up and hit a two-out, two-run opposite field home run off rookie right-hander Matt Wisler in his second trip to the plate.

"He was able to hit that homer and the ball the other way and the ball back through the middle are really good signs." -Matt Williams on Ian Desmond's two-hit game

Desmond took a 93 mph 1-2 fastball up high outside to right and over the out-of-town scoreboard for his sixth home run of the season and just his second in the last 121 plate appearances, over which he's hit .195 (22 for 113).

After grounding out in his third at bat, Desmond connected for a single off Braves' reliever Brandon Cunniff, leaving him 2 for 4 on the day.

"He stayed on a fastball away and hit it over the fence," WIlliams said, "and then got another base hit later in the game. So I'm happy for him that he was able to hit that homer and the ball the other way and the ball back through the middle are really good signs. It means he's staying on it, he's seeing it good, hope that will get him hot and get him rolling."

Asked about the single up the middle after the home run, Desmond said he didn't really care as long as they're not outs.

"I don't really discriminate on hits," he joked. "I don't really care where they go. But to be able to -- two strikes I laid off some balls in the dirt, which has been a struggle lately." 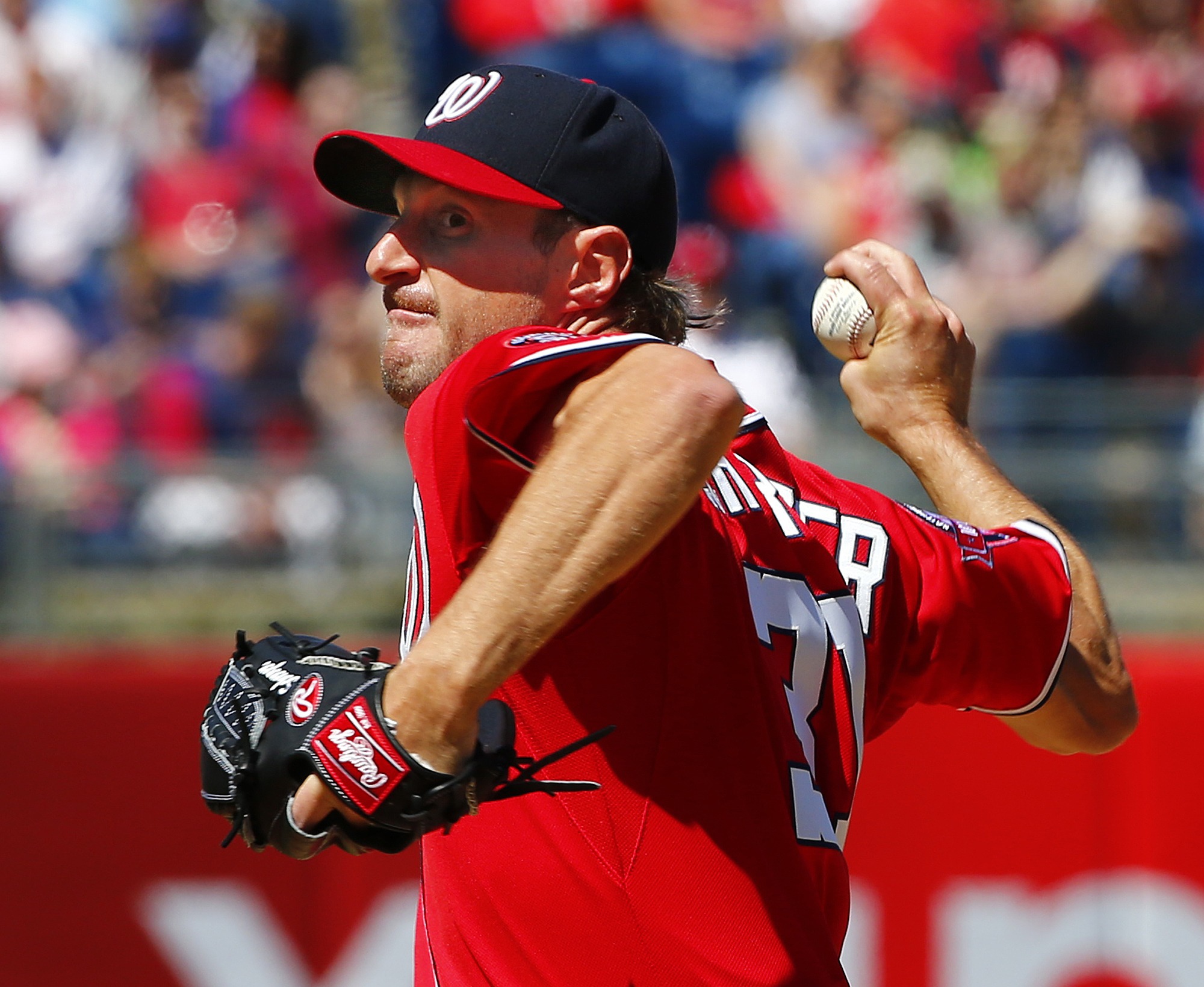 "I'm seeing the ball a lot better," he said, "and was able to get one out of the park today."

Is it the start of something good for Desmond? The way this season has gone, it's probably best to take a wait-and-see approach.