In two starts since he returned from the DL, Washington Nationals' starter Stephen Strasburg has looked like a different pitcher than the one who struggled through his first ten outings of the season. Can he keep it up?

Of course, it's just two starts, and it's mentioned with the necessary caveat that the two teams he's faced, the Atlanta Braves last Tuesday in D.C., and the Philadelphia Phillies in Citizens Bank Park on Sunday, are not exactly tearing up the league, but after the way the 2015 campaign started for Strasburg, the last two outings have been a welcome change.

In an appearance on 106.7 the FAN in D.C. last week, Nats' GM Mike Rizzo talked openly about those in the game who wondered if the '09 no.1 overall pick could recover from a ten-start stretch during which he struggled with his mechanics after an ankle injury suffered this Spring led him to alter his delivery and caused the issues in his back that landed him on the Disabled List:

"It's nice that he feels good about going out there, has had no issues, which is great, and when he doesn't you can see that that can be the result." -Matt Williams on Stephen Strasburg vs the Phillies

After Strasburg threw 113 pitches over seven innings against the Phillies on Sunday, giving up four hits and two runs, both earned, while walking one and striking out nine, Nats' skipper Matt Williams said that he looks more comfortable because he is now that he's finally healthy.

"It's nice that he's healthy," Williams told reporters. "It's nice that he feels good about going out there, has had no issues, which is great, and when he doesn't you can see that that can be the result."

"This whole season my arm strength has always been there," Strasburg said after the start, as quoted by MASNSports.com's Chris Johnson.

"It's been kinda fighting through the mechanical issues and everything like that. So I was glad to go out there for seven and I felt just as strong in the seventh as I was in the first."

The only runs Strasburg allowed came on a second inning home run by Jeff Francoeur, who crushed a first-pitch fastball low in the zone, and an RBI single by the Phillies' outfielder in the sixth.

Strasburg came back out for the seventh at 96 pitches, in the first game of a doubleheader, and retired the side in order on seventeen pitches, striking out the last two batters he faced.

"He pitched great," Williams said. "No restrictions. Up to [113]. Good fastball even in the last inning. Made a really nice pitch to get out of it, so yeah, he pitched great."

Strasburg said the fastball, and locating it, are the keys to his success.

"I think everything is off the fastball and that's the big thing," Strasburg said. "I feel like I was locating my fastball for the most part pretty well today." 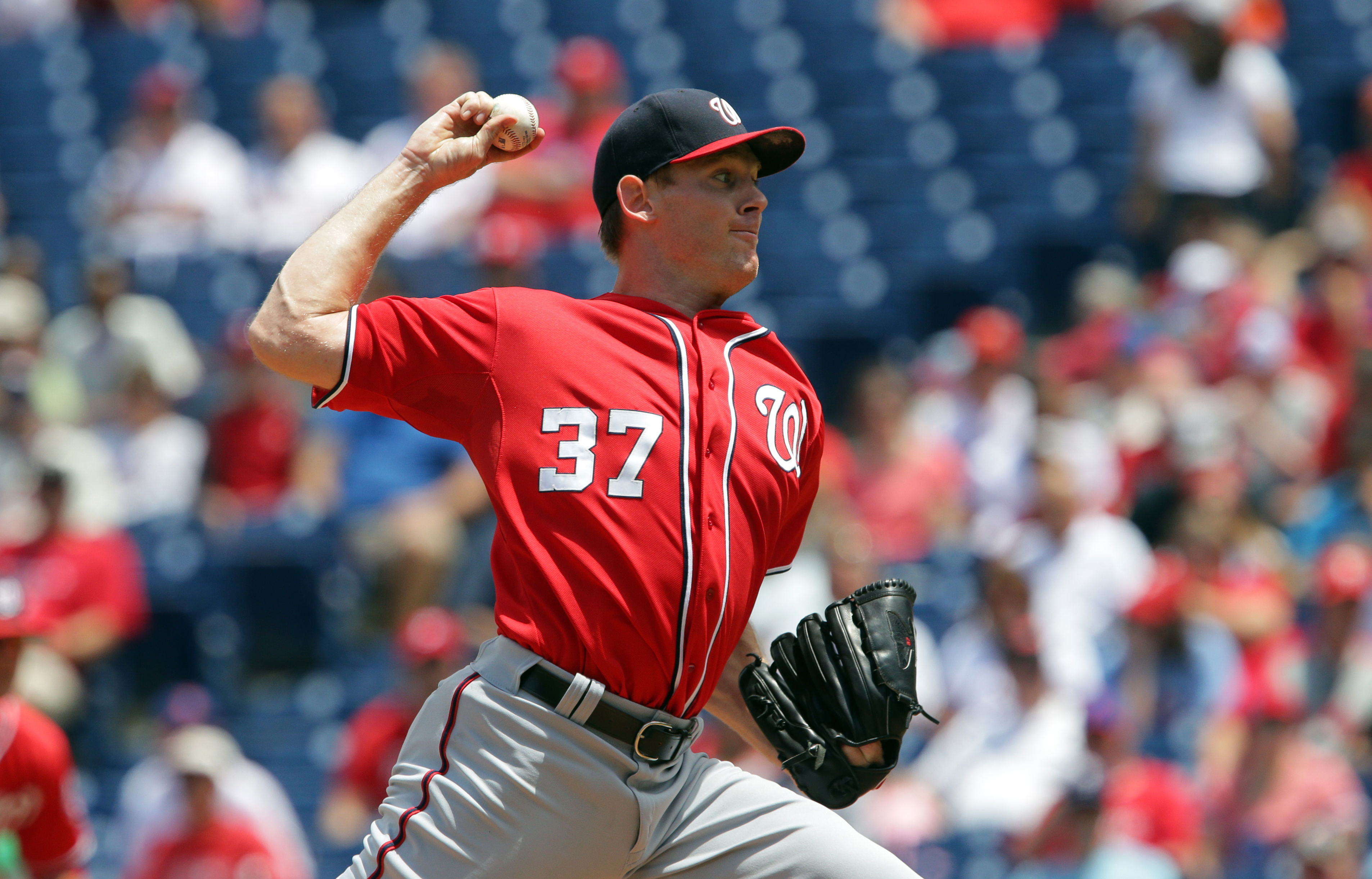 Williams said he also thought it was important that Strasburg was able to finish as strong as he did, going past the sixth for just the second time in twelve starts, especially in the first game of two that were played in quick succession in the increasingly rare traditional doubleheader.

Strasburg also provided another example of what he can do when he's at full strength, or close to it.

• We talked about Strasburg's outing, Tanner Roark's start in Game 2 and more on last night's edition of Nats Nightly: