After Washington took the first game of yesterday's doubleheader with the Toronto Blue Jays, they appeared to be set up nicely with Max Scherzer set to take the mound in the nightcap in Nationals Park. It didn't go as planned.

The talk, before the nightcap of yesterday's split doubleheader in the nation's capital, was getting kind of heady. Jordan Zimmermann had just completed eight scoreless innings in a dominant outing against the Toronto Blue Jays in the day half and the Washington Nationals were sending Max Scherzer out to the mound for the 7:05 PM matchup.

A reporter asked Nats' skipper Matt Williams about the unenviable position the Blue Jays found themselves in having to face two starters like Zimmermann in Scherzer in quick succession.

"It starts with the guy that steps on the mound in the first inning. They can take control of the game, one way or the other." -Matt Williams between starts by Jordan Zimmermann and Max Scherzer

It didn't take long for Williams to think of a comparably intimidating duo from his own playing days.

"We faced Braves teams in Atlanta, with some rain," he recalled, "and I'm sure we got [Greg] Maddux and [Tom] Glavine during a doubleheader at some point, but it's never any fun."

Williams talked about the consistency Zimmermann and Scherzer have provided the Nationals so far this season, with Zimmermann on a streak of eight straight starts without a loss (over which he's put up a 2.00 ERA and a .254/.288/.308 line against) and Scherzer set to take the mound with a five-start winning streak (over which he posted a 1.75 ERA and a .207/.236/.311 line against), and what their ability to go deep into their starts provided for the team as a whole.

"It's really helpful," he said. "We can have games like today where two [pitchers] is enough and length and all of those things we talked about. It's important to have that. It helps rest your bullpen. It doesn't put pressure on your offense to go out and score four or five. So days like today, like this game, can happen and you come out on the right end of the stick there. It starts with the guy that steps on the mound in the first inning. They can take control of the game, one way or the other. Today, Jordan was in control from the first pitch on and did a great job for us."

Scherzer, however... well, as Scottish poet Robert Burns wrote back in 1785 about a pitching performance gone awry, I believe, "The best-laid schemes o' mice an' men gang aft agley, An' lea'e us nought but grief an' pain, for promis'd joy!"

"The ball Pillar hit [in the sixth] was just a hanger in the middle of the plate, so that pitch being a different pitch it could be a different story." -Matt Williams on the second HR Max Scherzer allowed

After a dominant stretch of outings to start the first year of his 7-year/$210M deal with the Nationals, Scherzer was something less than dominant for the first time last night in Nationals Park, in what ended up a 7-3 loss.

Over six innings of work on the mound, the 30-year-old right-hander gave up six hits, two home runs, two walks and four earned runs, allowing more than one home run in a start for the first time since August 30, 2014, when he was still part of the Detroit Tigers' rotation.

Scherzer's ERA jumped from 1.51 to 1.85 on the year after he gave up more than one run for the first time in five starts.

Blue Jays' outfielder Kevin Pillar hit both of the home runs of Scherzer, who'd allowed just three in 71 ⅔ IP before last night's outing, taking the Nats' starter deep for a solo blast in the second and a three-run blast in the sixth that put Toronto ahead 4-3 after the Nationals went up 3-1 in the bottom of the fifth.

"A little different tonight," Williams said of Scherzer's start, "but he had the lead. The ball Pillar hit [in the sixth] was just a hanger in the middle of the plate, so that pitch being a different pitch it could be a different story. And then in that same inning we had to hit for him. So, had to go to the bullpen at that point. But he did okay, it's not going to be perfect every time out for sure."

"A couple of swings of the bat and it's a different story," Williams told reporters. "Pillar accounted for their first four runs, so he gets those two outs there it's a completely different game, but that's the way baseball goes sometimes. But he's not going to change the way he goes about it, he'll go battle and most of the time he's really good." 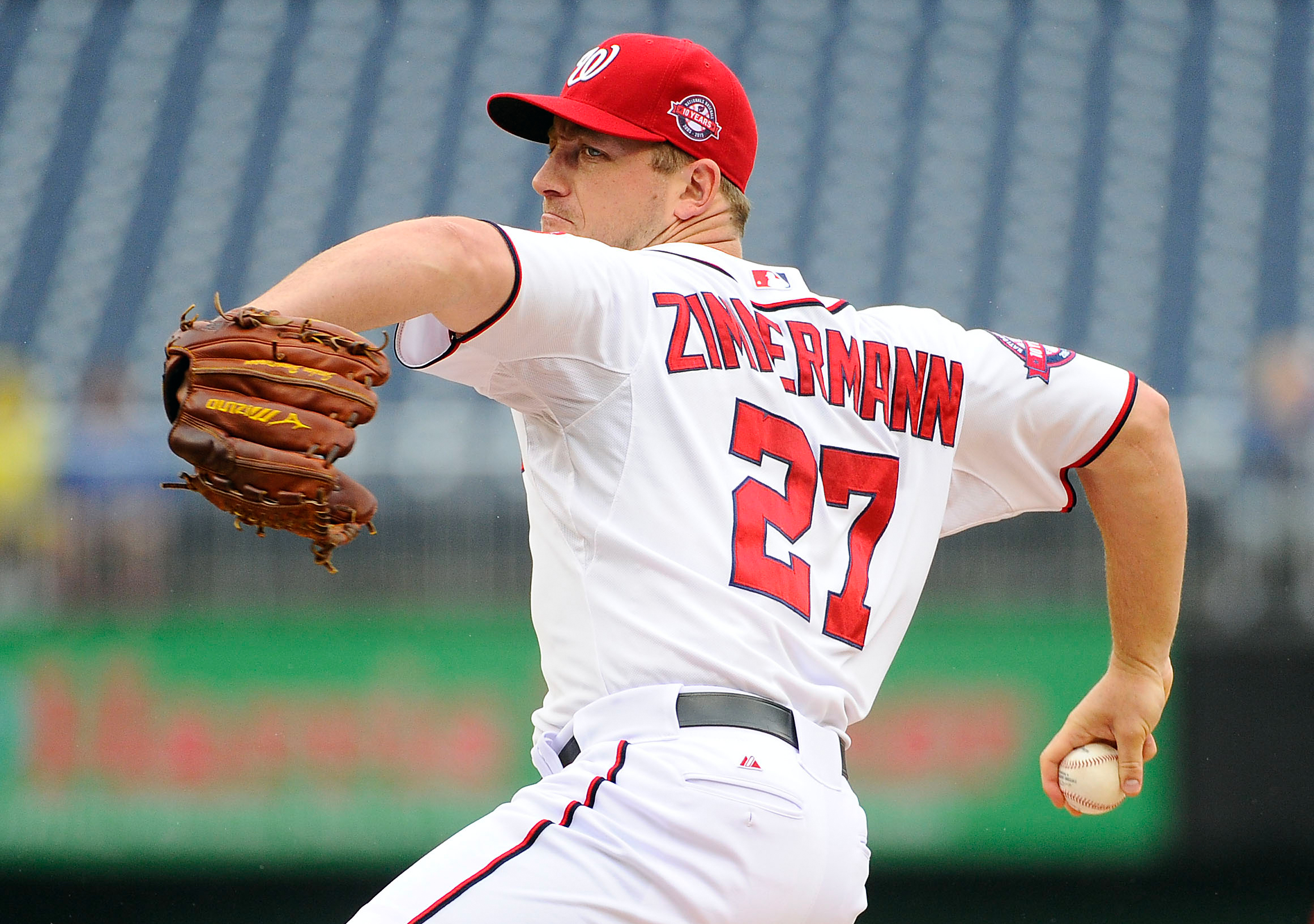 "No matter what," Scherzer said when he spoke after the loss, "you always have to flush it out and always look at the positives and you're going to have things to work on even when you have good starts. So this is just one game, I got beat, and you just go back out there with the mentality that you're going to win the next one."

• We talked about both starter's outings in last night's edition of Nats Nightly: