Tanner Roark returns to Nationals' rotation, gets singled to death by Phillies

Tanner Roark didn't last long in the second game of two in Citizens Bank Park on Sunday, but the Washington Nationals' right-hander gave up 12 hits and eight runs before he was lifted from what ended up an 8-5 loss to the Philadelphia Phillies.

Share All sharing options for: Tanner Roark returns to Nationals' rotation, gets singled to death by Phillies

Matt Williams waited until after Washington won the first game of Sunday's doubleheader to name his starting pitcher for the nightcap, though he told Nationals' right-hander Tanner Roark he would get the nod on Saturday.

"Up in the zone a little bit. They had some balls that snuck through. They did a nice job of staying on baseballs and making contact..." -Matt Williams on Tanner Roark vs the Phillies

"He knew yesterday that he was going to get the second game today," Williams said. "He was prepared."

Roark made five starts for the Nationals while Doug Fister was on the DL, then returned to the bullpen where he made one two-inning appearance before he was called upon to start again in Philadelphia's Citizens Bank Park.

Williams said there were no restrictions for the 28-year-old right-hander.

"He's been up to 100," Williams said. "He had essentially a heavy side in between pitching a couple innings and he's fully loaded and ready to go."

His outing against the Phillies ended after just 3 ⅓ innings in which he allowed 12 hits, one walk and eight runs, all earned, in what ended up an 8-5 loss that snapped the Nationals' eight-game win streak.

Just one of Philadelphia's twelve hits was an extra base hit as they pounded out eleven singles before Roark was done, having thrown 82 pitches to the 23 batters he faced.

"Up in the zone a little bit," Williams said.

"Just one of those games where you have no control, you can throw whatever you want up there and it seems to get hit." -Tanner Roark on rough outing vs the Phillies

"They had some balls that snuck through. They did a nice job of staying on baseballs and making contact and hitting it through the middle of the diamond. But a lot of grounders today that got through the infield, a couple of balls off the end of the bat, yeah, not his day."

"I felt like everything was coming out good," Roark told reporters. "Felt like my pitches were sharp, it was just one of those things, they got hits and scored."

Williams was asked if he thought that Roark was possibly too strong since he was pitching for just the second time in twelve days?

"I don't think so," he said. "I think he was fine. He threw a lot of curveballs, got beat a couple of times on the curveball that stayed up a little bit, but I thought he was fine, he was throwing it okay."

"My last outing I threw 115 pitches," Roark said when asked the same. "So I mean body felt good. Arm felt good. Still feel good now, but it was just one of those days."

"That's the game of baseball," he explained. "You can't win'em all, you can't pitch lights out every single time. You go about your business, do your job and sometimes it goes that way." 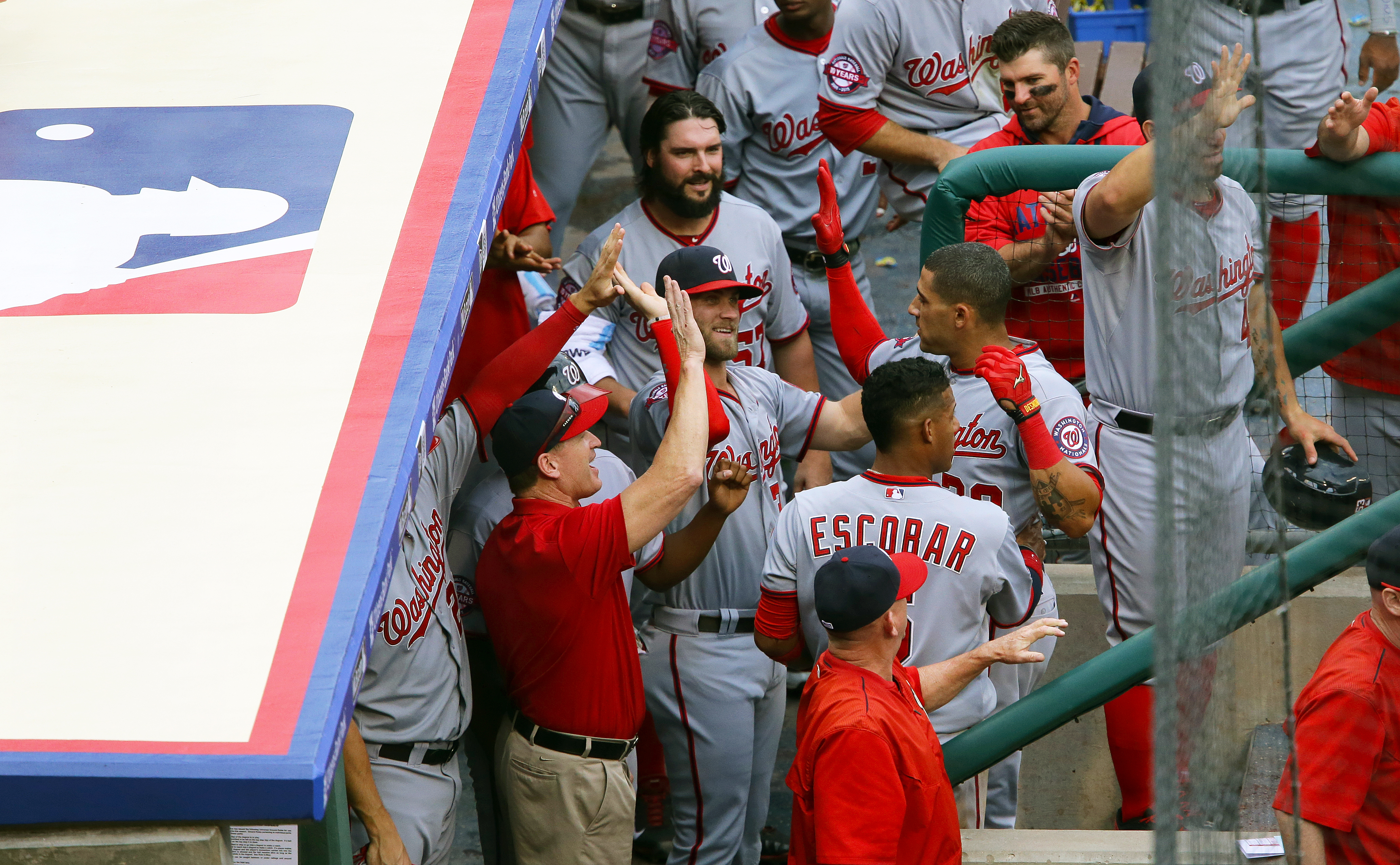 "It is what it is," Roark said of moving back and forth between the bullpen and rotation. "The team needed a guy to start and I was fit for the job and felt fine out there, felt comfortable, just one of those games where you have no control, you can throw whatever you want up there and it seems to get hit.

"So, it's not like I'm out here asking for sympathy or anything like that, it's just baseball and one of those games."