Washington Nationals' sputtering offense could use a jolt... can Anthony Rendon provide it?

Anthony Rendon is five games into his rehab stint after returning from an oblique injury suffered in early May. Can the 24-year-old infielder return and spark the Washington Nationals' offense which has struggled to score runs over the last two weeks?

Share All sharing options for: Washington Nationals' sputtering offense could use a jolt... can Anthony Rendon provide it?

Since restarting his rehab stint following the oblique injury he suffered in early May, Anthony Rendon has played five games, including yesterday's doubleheader with the Double-A Harrisburg Senators. Washington's soon-to-turn 25-year-old infielder is 4 for 18 with two doubles in those games, playing second base or DH-ing while he works his way back.

Nats' skipper Matt Williams talked to reporters about Rendon's progress earlier this week, explaining then that the 2011 Nationals' first-round pick was still trying to get his rhythm back at the plate.

"'He still feels like [his timing is] a touch off,'" Williams said, as quoted by Washington Post writer James Wagner:

"'But he’s only had a limited number of at-bats, so the more at-bats he has, he’s a fairly quick study in that regard because there aren’t a whole lot of moving parts and he’s short. It comes quickly for him but it’s important for him to get at-bats and keep going with it and so he’ll get more of those in the days to come.'"

Before the doubleheader with the Senators yesterday, Williams talked about the work Rendon's done at second base though no one has officially said that's where he'll play when he's back.

"It makes us longer, it gives us good on-base percentage, it gives us a guy that can hit the ball the other way well, he can move the baseball, he's got some power, we all know that..." -Matt Williams on what Anthony Rendon provides

When Yunel Escobar was acquired this winter, the plan was for him to play second this season, but with Rendon sidelined by an MCL sprain this Spring, the veteran infielder moved over to third and has played there since.

"'If we have opportunity for [Rendon] to go back over to third, that’s second nature anyway at this point,'" Williams told reporters, including the WaPost's Chelsea Janes.

"'But it was important that if he is gonna play second base he gets some reps there, too. Because he didn’t do it all of last year.'"

Williams talked last night, after the Nats were shut out by Toronto Blue Jays' lefty Mark Buehrle, about what Rendon can add to the Nationals' offense when he's back.

"It makes us longer, certainly," Williams said, "and the way he played last year, the kind of hitter he is, he does a lot of things well for us. So it makes us longer, it gives us good on-base percentage, it gives us a guy that can hit the ball the other way well, he can move the baseball, he's got some power, we all know that, so whenever that is he'll certainly help us."

Harper, Scherzer NL Player, Pitcher of the Month for May 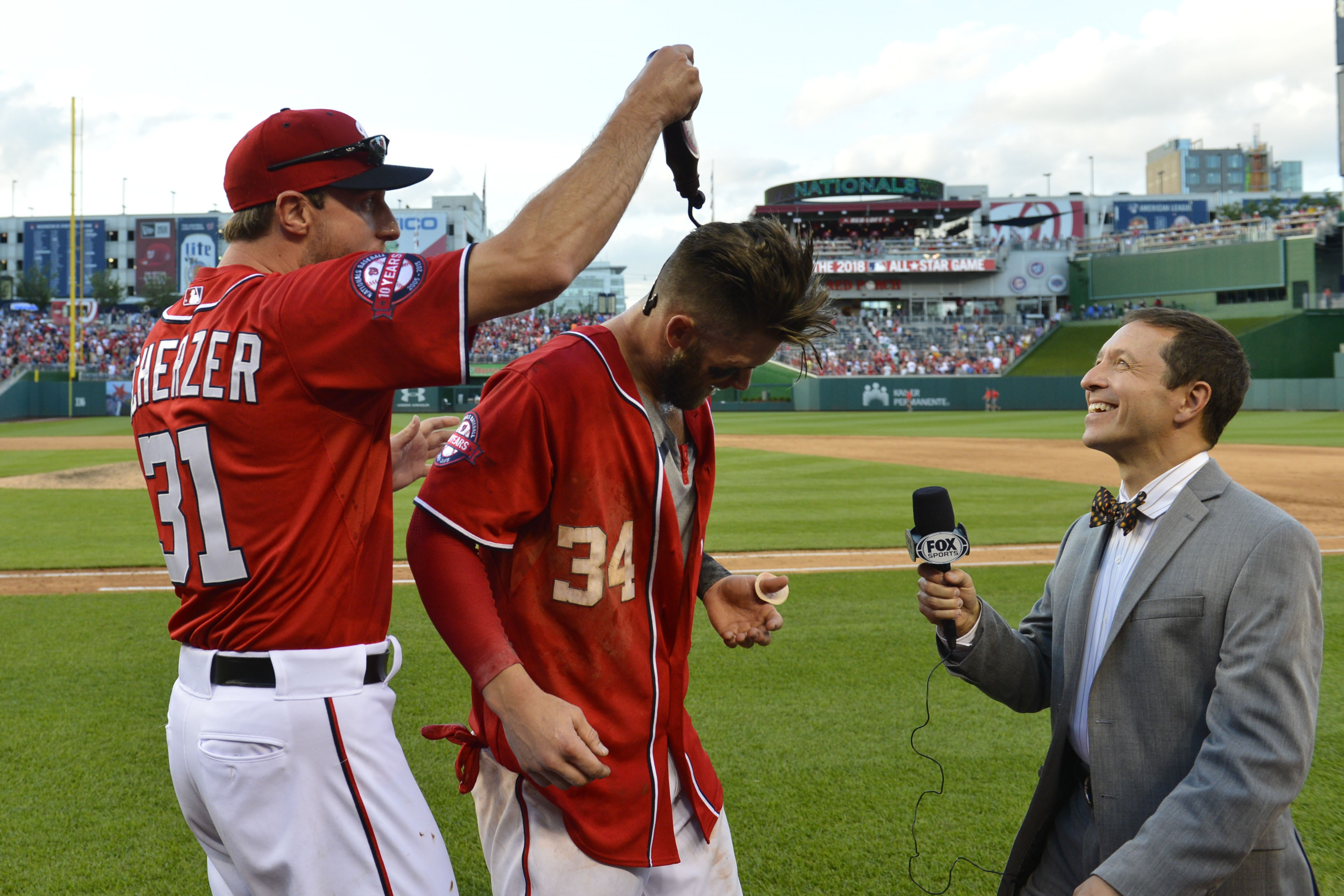 "I think just it happens that way. Hopefully Rendon will get back pretty soon and give us a little jolt in this lineup and I think it just happens, it's part of the game. We'll get going. We've got a great team and everybody knows that, so everybody will get going, we'll get hot and ride it out."

"During that long stretch that we had," Williams said after the Nationals' fifth loss in the last six games, "... we really took advantage of those opportunities that were presented to us and it hasn't been as good lately, but, you know it could start tomorrow."