The Washington Nationals got Anthony Rendon back last night, so of course they lost another player to injury just one inning into the series opener with the Chicago Cubs. It's been that kind of year for the Nats so far in 2015.

Though he said he deferred to second-year Washington Nationals' manager Matt Williams when it comes to making all final lineup decisions, Nats' GM Mike Rizzo did explain to 106.7 the FAN in D.C.'s Grant Paulsen and Danny Rouhier on Thursday why they had Anthony Rendon getting reps in at second base while he rehabbed instead of playing third like he had throughout the 2014 campaign.

"He's taken a lot of reps at second in his rehab because he's less comfortable at second base than he is at third," Rizzo said.

"Yuni does look more comfortable at third base right now and to ask him to go over to second base I think would be asking too much of him..." -Mike Rizzo on Yunel Escobar staying at 3rd on 106.7 the FAN

"Third, he's familiar and he's got all the angles, and doesn't need much rehab over there.

"At second he needed a little more work, so that's why he's played there. He's capable of playing both and I'm not sure where he would play when he starts playing back with us, but suffice it to say, he can play both very, very well."

Though the Nationals acquired Yunel Escobar with the intention of playing the veteran shortstop at second base this season, when Rendon injured his MCL this Spring, Escobar shifted over to the left side of the infield again.

After two months at third base, Rizzo said, it made more sense to keep him there and shift Rendon back to second base upon his return.

"Yuni does look more comfortable at third base right now and to ask him to go over to second base I think would be asking too much of him," Rizzo explained.

"So I would anticipate probably Anthony at least beginning his stint with us to play more second base than third, but again, that's a lineup question and those I defer to the manager of the club."

Rendon was reinstated from the DL before Thursday night's series opener with the Chicago Cubs, and he was penciled into the lineup batting second and playing second base.

That lasted all of one inning. Escobar struck out as part of a strike'em out, throw'em out double play in the first and injured his right wrist in the process, so when the Nationals took the field for the top of the second, Rendon was at third with Danny Espinosa taking over at second. 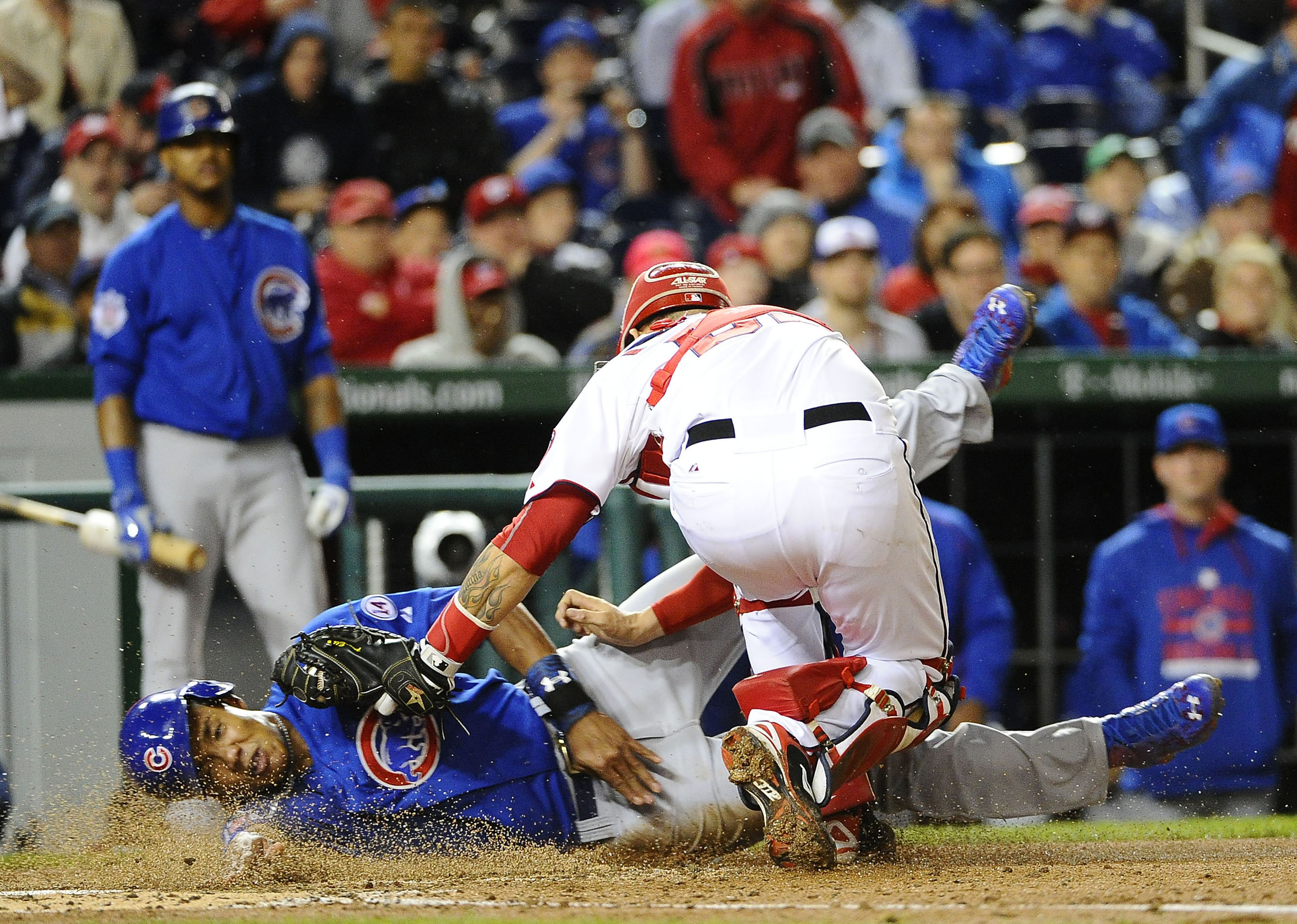 "Yunel, on the check swing, his right wrist wasn't feeling good, so we'll evaluate that tomorrow and see where he's at," Williams told reporters after the Nats' 2-1 loss to the Cubs.

Escobar did have the wrist checked out during the game.

"They took an X-ray, he's fine, there's no issue there, he just tweaked it trying to check up," Williams explained.