After Toronto lefty Mark Buehrle threw a complete game shutout against Washington in the series finale with the Blue Jays in Nationals Park on Wednesday night, Nats' skipper Matt Williams talked to reporters about what was different in the last few weeks as compared to a few weeks back, when the Nationals' offense was humming and they were piling up wins.

"Nothing different other than getting better pitches to hit," Williams said. "Tonight, you can throw that one out because Mark does that, he throws balls below the strike zone.

"During that long stretch that we had, we really took advantage of those opportunities that were presented to us and it hasn't been as good lately..." -Matt Williams on Nationals' offensive struggles

"But it's about getting quality pitches to hit and taking advantage of opportunities.

"During that long stretch that we had, we really took advantage of those opportunities that were presented to us and it hasn't been as good lately, but, you know it could start tomorrow."

It didn't happen the next night, when Cubs' right-hander Jake Arrieta limited the Nationals to one run on six hits in six innings in the series opener with Chicago.

The Nats had their chances, but went 0 for 8 with runners in scoring position with nine left on base in what ended up a 2-1 loss.

"We're not going to get that detailed about it," WIlliams said when asked about the missed opportunities against the Cubs.

Things clicked on Friday, to some extent.

"Today we swung at balls out of the strike zone, didn't give ourselves as much a chance as we wanted to so we'll have to go and get them tomorrow." -Matt Williams on Nats' hitters vs Jason Hammel

The Nationals scored seven runs, five off starter Tsuyoshi Wada, in the second game of four with the Cubs, winning 7-5 to snap a three-game losing streak, but on Saturday afternoon in the nation's capital Jason Hammel shut the Nats down, allowing just two runs on five hits in eight-plus innings on the mound.

It was the eighth straight start in which Hammel held the opposition to five hits or less, and he improved to (9-0) in 11 career starts vs Washington, in which he's held Nats' hitters to a combined .232/.267/.375 line.

"He locates his heater well enough to make his slider really effective. Heavy slider guy and he's just overall a good pitcher," Ian Desmond said after going 0 for 4 with two Ks in the 4-2 loss.

"[Hammel's] stuff has been great all year," Bryce Harper told reporters after he went 2 for 4 with a home run in the ninth that finally knocked the starter out.

"I think you can see that by the way he pitched today and his ERA and what he's been doing all year," Harper said.

"He really had command of his curveball and his heater and just was all-around good today."

Williams was asked what made Hammel so effective too? His answer?

"Strikes, quality strikes are important for us to hit," Williams explained, "if we swing at balls out of the zone you don't get hits. He pitched well, of course, and he has pitched well against us, so again he went out there [and went] about his business and pitched well against us. We couldn't muster much against him so we'll have to get them tomorrow." 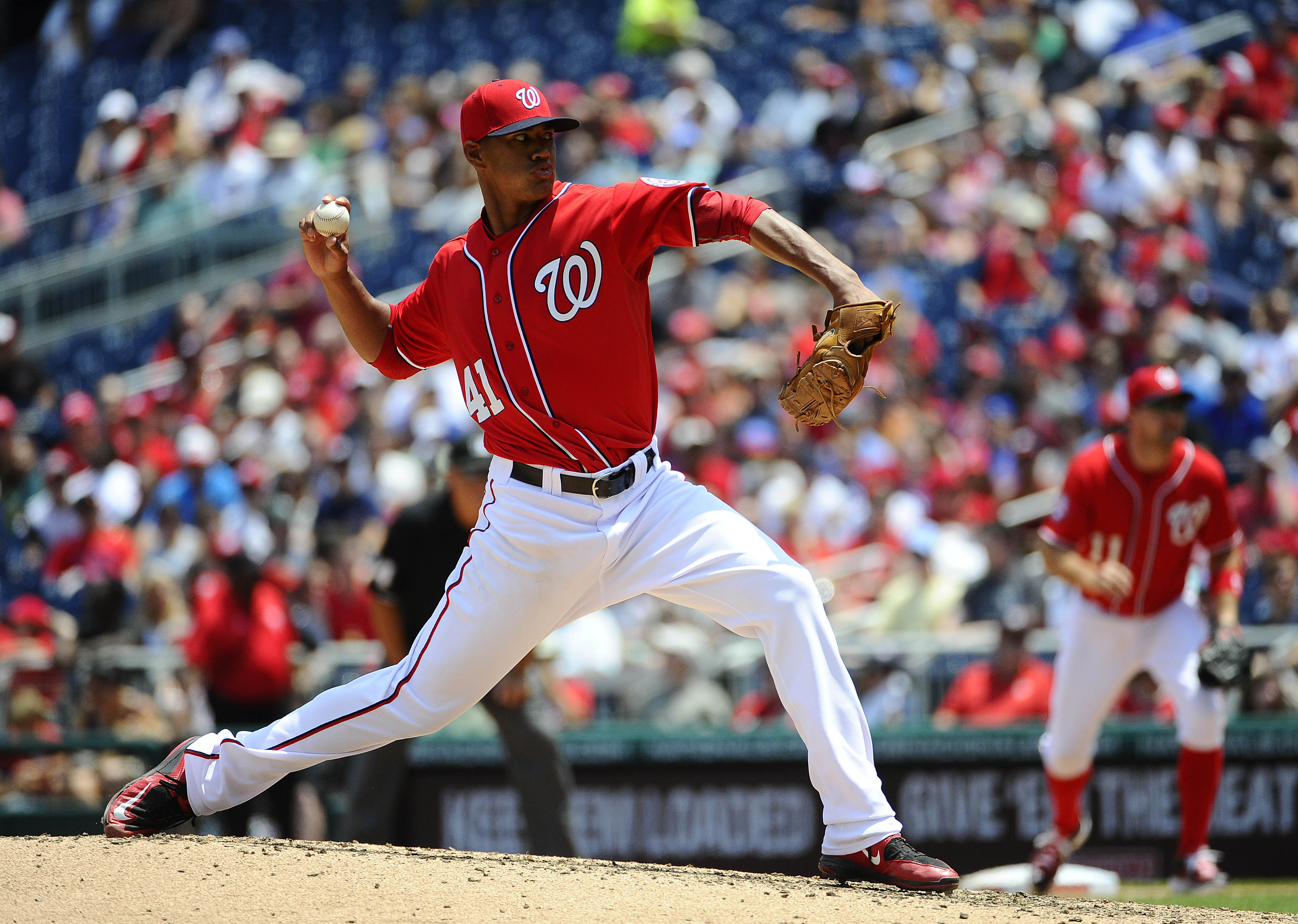 Williams was asked if it was just an issue on Saturday, or part of the problem over the last couple of weeks, as the Nationals, as a team, have put up a .234/.304/.368 line overall, good for 13th in AVG, 12th in OBP and 12th in slugging percentage amongst National League teams, while going 4-8 overall.

"We're not going to make too much of it," Williams said. "Today we swung at balls out of the strike zone, didn't give ourselves as much a chance as we wanted to so we'll have to go and get them tomorrow."

This afternoon, in the series finale of the four-game set with Chicago in Washington, the Nationals will face Cubs' starter Kyle Hendricks, who held Nats' hitters to one run on four hits in seven innings of work last week in Wrigley Field.

• We talked about the Nats' offensive issues, Ryan Zimmerman's struggles and Joe Ross' debut on the latest edition of Nats Nightly: