"I'm not concerned," Matt Williams said, after the Washington Nationals' eighth loss in the last ten games left them a .5 game out of first in the NL East. Can the Nats right the ship when they travel to New York for a two-game set with the Yankees?

Share All sharing options for: Nationals drop 3 of 4 to Cubs, 8 of the last 10, fall .5 game behind Mets in NL East

Three losses in four games against Chicago. Five losses on the seven-game homestand. Ten losses in the last fifteen games. After the Washington Nationals' 6-3 loss to the Cubs on Sunday, Nats' skipper Matt Williams was asked if he was concerned about the way things are going over the last couple weeks?

"No, I'm not concerned... It's the same team that was really good in May. It's been rough for us recently, but there's no reason that we can't pull out of that too. -Matt Williams on Nationals' recent struggles

"No, I'm not concerned," Williams told reporters. "What we need to do is play every day. It's the same team that was really good in May. It's been rough for us recently, but there's no reason that we can't pull out of that too. So, it's the same team that was rough in April. It's the way the game goes sometimes. So, that being said, I'm not worried. We're going to come to work on Tuesday and we're going to be aggressive like we always are and we're going to go after them and see what we can do."

"It's just the way baseball is," Jordan Zimmermann said, after a five-inning outing against the Cubs in which he took his first loss since April 18th.

"It's not rolling our way right now and we'll be fine. We're a veteran team, we know how to win, and we just have to put it all together."

Williams said there's no real lesson to draw from how things went in previous seasons, however.

"There are no excuses. Period. And we've got to play and win games and get to where we want to get to." -Matt Williams on Nationals' recent struggles

"All I know is last year," the second-year skipper said. "It's completely different year-to-year. We can go back to last year, there are no excuses to be made, but April wasn't kind to us last year with regard to injury, and so it was a little bit of a struggle early on and when we got everybody back it started to roll for us pretty good. So that being said, there are no excuses. Period. And we've got to play and win games and get to where we want to get to."

Jayson Werth, Doug Fister and Stephen Strasburg are all on the DL right now, but Fister and Strasburg have begun to throw again, with Fister making a rehab start in Syracuse on Sunday.

With the exception of Werth, the Nats could be close to whole in a few weeks' time.

"Get the two starters back and see where we're at," Williams said.

The Nationals will have to hope for the best with Denard Span though, after the outfielder exited the series finale with the Cubs early with a back issue in the top of the eighth.

"Denard had back spasms as he started to come out of the dugout and so we had to make a change there," Williams said.

Span told reporters, including NatsInsider.com's Chase Hughes, that he was fine until he got off the bench to head back out to the field.

"As soon as we got three outs, hopped up to go get my glove and I went to go stand up and it just locked up on me. Never happened to me before, so it definitely scared the heck out of me." 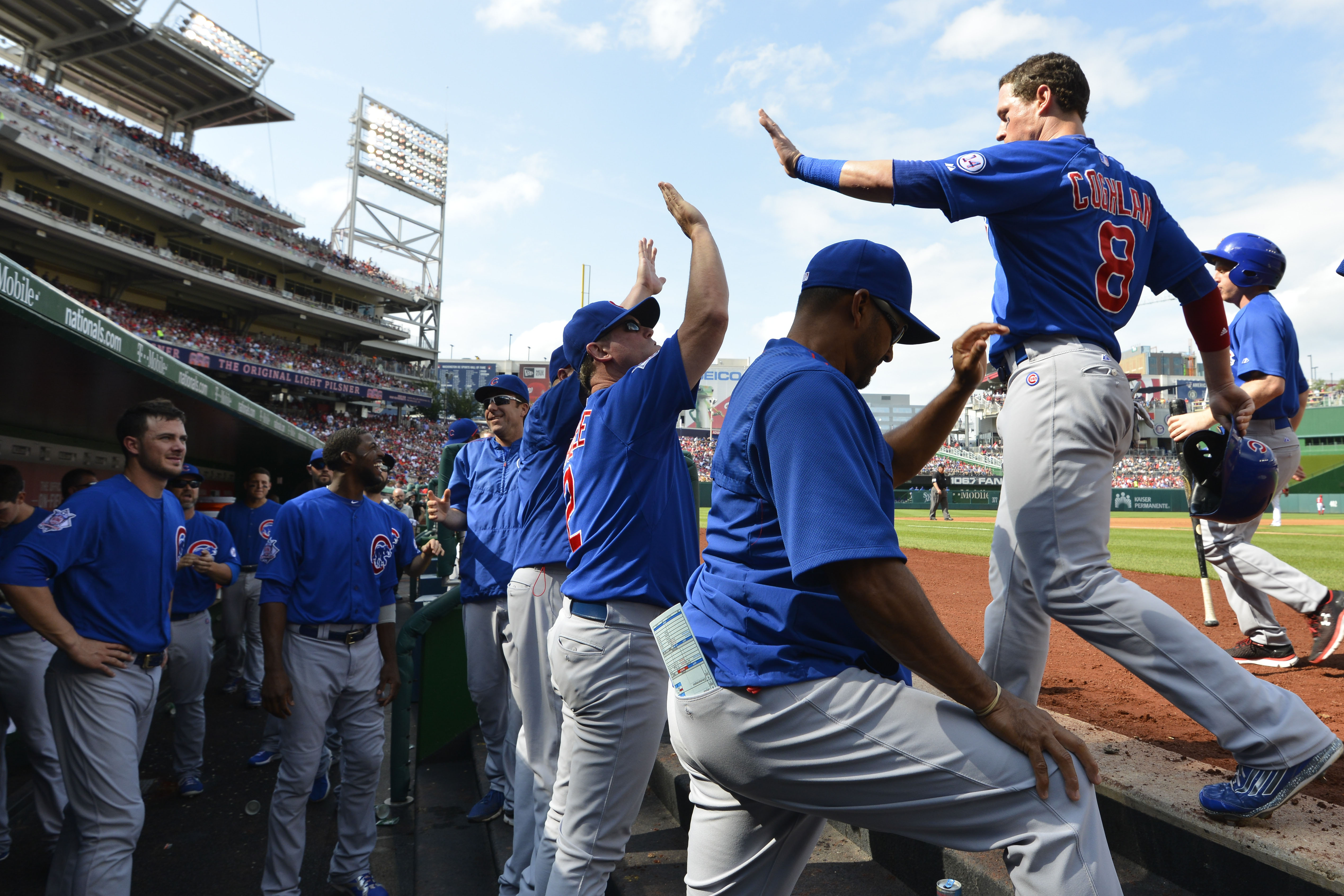 The Nationals have to win games, however, with the players that are available, starting with Tuesday night's matchup with the New York Yankees.

They'll have Max Scherzer on the mound in Yankee Stadium against Masahiro Tanaka as they try to avoid losing three straight.

The Yankees, who beat the LA Angels this afternoon, will start the series at 32-25, having won seven of ten and nine of their last fifteen after dropping two to the Nationals in the nation's capital back on May 19-20th.

• We talked about today's loss, Jordan Zimmermann's outing, Danny Espinosa in left and more on today's edition of Nats Nightly after the game: