If anything good has come out of the Nationals' injury-filled first half of the 2015 campaign, it might be that Washington's bench bats and backups have gotten plenty of at bats which can hopefully help down the line...

The Baltimore Orioles entered last night's game with a .297 average with runners in scoring position on the year, good for second in the majors this season, behind on the Toronto Blue Jays, who had a .300 AVG as a team before Friday.

"Had some opportunities with guys out there. But still we're in the game, and one swing of the bat either way can make the difference. Tonight it was for them." -Attribution goes here (optional)

In spite of the fact that they went 0 for 7 with RISP and seven left on base last night, the Orioles managed to win the series opener with the Washington Nationals in Oriole Park at Camden Yards, scoring three runs on a solo blast by Adam Jones in the fourth, an RBI double by Matt Wieters in the eighth and a walk-off blast by Jonathan Schoop in the ninth.

The Nationals scored two runs off Orioles' right-hander Chris Tillman in the fifth on an RBI double by Tyler Moore and a run-scoring single by Michael Taylor, but went 2 for 6 with six left on base overall in what ended up a one-run loss.

"Had some opportunities with guys out there," Nats' skipper Matt Williams said after the 3-2 loss.

"But still we're in the game, and one swing of the bat either way can make the difference. Tonight it was for them."

Moore, who went 1 for 4 with a run scored after he drove Clint Robinson in with his two-out double off Tillman, said that in Oriole Park, it wasn't enough.

"We just didn't swing the bats as good as we can tonight," he told reporters.

"I was able to get ahead of him and got in a hitter's count and he just threw a heater right there and I was able to put the barrel on it." -Tyler Moore on RBI double off O's RHP Chris Tillman

"Pitching was great and it's just frustrating. You want to see us swinging the bats a little better."

"Two runs in this stadium, like I said is tough, we need to score more and we didn't do that tonight."

Asked about the run he drove in, Moore talked about facing Tillman and getting himself into a good count before turning a fastball inside out and lining it to right field to tie things up at 1-1 before he scored the go-ahead run.

"[Tillman] likes his fastball up in the zone," Moore explained, "and tries to make you chase his cutter and curveball in the dirt and I was able to get ahead of him and got in a hitter's count and he just threw a heater right there and I was able to put the barrel on it."

The 1 for 4 night vs the Orioles left the 28-year-old bench bat and backup first baseman and left fielder with eight doubles and four home runs in 126 plate appearances this season, over which he's put up a .222/.270/.393 line. 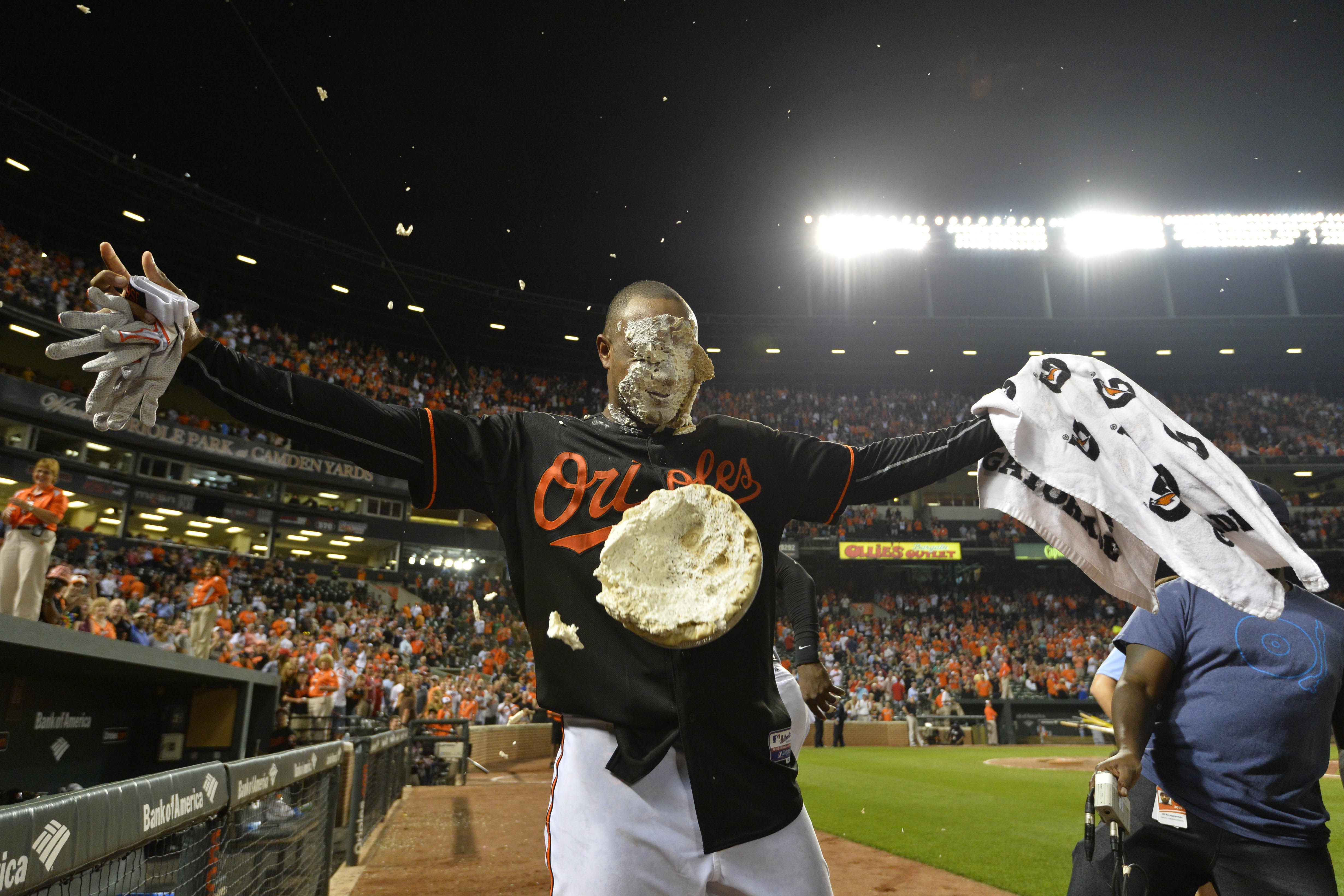 If anything good comes out of the injuries the Nationals have dealt with in the first half, it might be the fact that they've had the opportunity to get their bench bats like Moore and Clint Robinson plenty of at bats which will hopefully help with their timing later this year when/if the expected everyday players are back in the lineup.

"It's not ideal," Williams said after a three-hit game by Moore on July 4th.

"It's not the way we planned it to have so many guys out, but it gives opportunity to Tyler and Clint and Michael to get in there and get conistent at bats, and the more they do, the better timing they have and the more productive they can be."

• We talked about Moore's game, Gio Gonzalez's outing and Williams' bullpen management after last night's loss in OPACY on the latest edition of Nats Nightly: