Max Scherzer is in Cincinnati for the Midsummer Classic, but he won't be pitching in the 2015 MLB All-Star Game. But Washington Nationals' outfielder Bryce Harper is starting in right and hitting third for the National League in Great American Ball Park.

Washington Nationals' slugger Bryce Harper, with his niece in his arms, visited with the MLB Network on the red carpet today as he headed into Cincinnati, Ohio's Great American Ball Park to get ready to play in the 2015 MLB All-Star Game.

Harper, just 22, has already set career highs in home runs, walks and RBIs in the first half of the season, and he's in Cincinnati to participate in this year's edition of the Midsummer Classic after leading all National League players in the voting for the NL starting lineup.

So what's different for him this season?

"Being able to not take that time off that I have the past two years, taking two months off, getting back into it. Just trying to be patient as I can at the plate, wait for my pitch, zone in on one pitch I can drive and really have some fun."

"It's special what Bryce can do," Scherzer told the MLB Network in his own red carpet interview this afternoon.

"The thing is, we keep seeing Bryce continue to grow throughout the year," Scherzer added. "I've seen him become a better ballplayer from where he's at today than he was even at the beginning of the year. So he has so much in front of him, and that's the scary part. He can get better. He can be better. I've seen the best. I've played with the best, I know what it takes and I have such a high ceiling for him because I know he's capable of it."

Scherzer too, seems to have taken his game to another level this season upon returning to the National League after five years in Detroit.

"We are thrilled that Max and Bryce will be representing our team at this year’s All-Star Game in Cincinnati," Nationals Managing Principal Owner Theodore N. Lerner said in a press release last month.

Nationals finish "first half" atop the NL East at 48-39 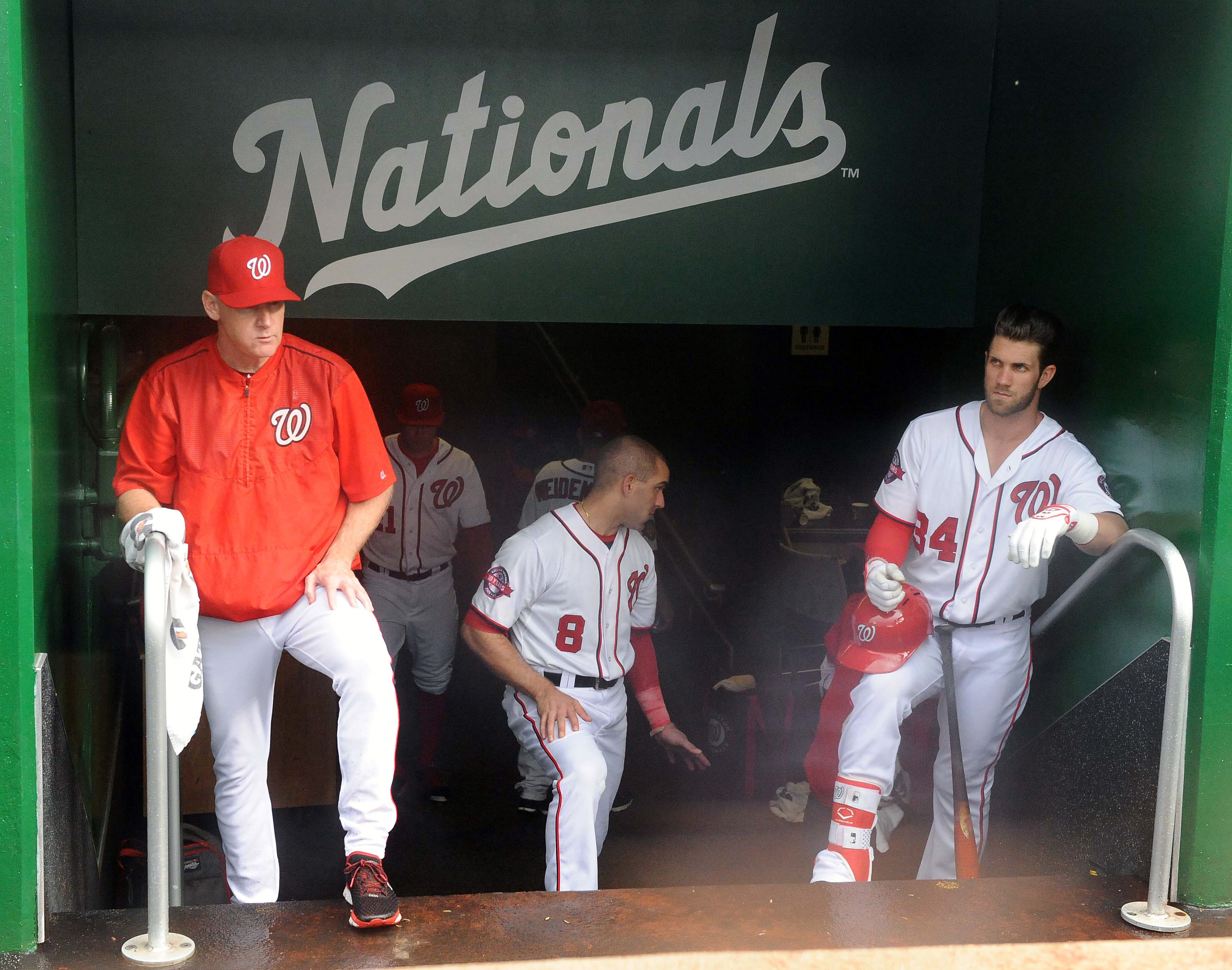 "The performance of both of these players during the first half of this season has not only contributed directly and significantly to our team’s success, but it has been historic in nature as well.

"We are so fortunate to get to watch both of these talented players on a nightly basis, and we are honored to call them ours. We can’t wait to see them get the credit they so richly deserve on a stage with so many of baseball’s brightest talents."

Tonight's broadcast starts at 7:00 PM EDT in GABP. Who's watching the All-Star Game?