Washington Nationals' slugger Bryce Harper went 0 for 3 with two Ks in his third All-Star Game and the National League dropped a 6-3 decision, handing home field advantage in the 2015 World Series to the American League.

The following is a running, offhand collection of notes on the 2015 MLB All-Star Game and broadcast. We tuned in to the Midsummer Classic in Cincinnati, Ohio's Great American Ball Park and turned on the laptop. We didn't edit our thoughts... or our grammar or spelling... or anything really. This is kind of an off-day honestly. Go NL!!

-- The Nationals made it into FOX's first-half wrap video with Bryce Harper highlights, Max Scherzer's no-hitter featured and the Nats' chocolate syrup celebration getting the spotlight with Scherzer spraying the camera with chocolate to end it.

-- Pete Rose's posture on the pregame show is appalling. Sit up straight, Pete, you're on television.

-- The "Franchise Four" should go over well in Washington. It's about to be announced in GABP, and it should get some interesting reactions if it is in fact Expos-heavy. #eMb

-- "Everybody wants to make a big deal about my hair," Harper says. He also says, "You've got to look good, feel good, smell good, play good." - Words of wisdom, Lloyd.

-- Polite applause for the Nationals' participants in the ASG.

-- Bench, Hank Aaron, Koufax and Willie Mays. Nice moment with all four being introduced in GABP.

-- With consistent release point for all his pitches, Zack Greinke is "harder to read than Dostoyevsky" -- Tom Verducci... then Mike Trout homers off him to start the game. 1-0 AL.

-- In his first at bat of the game, Bryce Harper worked the count full and grounded out to third. 0 for 1.

-- Does Zack Greinke always grunt like that while pitching? I'll be okay with it when he opts out of his contract with the Dodgers and finally signs with the Nationals this winter.

-- With the score tied at 1-1 in the fourth, on an RBI line drive to right by Jhonny Peralta that scored Paul Goldschmidt, Harper came up first against Tigers' lefty David Price and struck out on a 1-2 change down and away. 0 for 2.

-- I think I just fell asleep. Remember when Prince Fielder was rumored to sign in D.C.? His two-out single to left made it 2-1 AL. Lorenzo Cain drove in another run for a 3-1 lead.

-- I wonder if Taylor Swift is going into her encore in Nationals Park right now? I also hope Clayton Kershaw can shake off this rough-ish inning. Shake it off. Shake it off.

-- Bryce Harper can't believe we once had to go in the bank to get the money... playing David Bowie's "All the Young Dudes" for the spot on the game's young stars was cool though. Hey, I had a VCR!

-- Andrew McCutchen unloaded on a first-pitch slider from Chris Archer. HR to left and into the second deck. More like McClutchen, amirite? 3-2 AL.

-- Harper K'd swinging on a 2-2 change from Orioles' lefty Zach Britton in the bottom of the sixth, 0 for 3.

-- "Trout can run, bro." - mic'd up Bryce Harper to Todd Frazier after Trout scored from second.

-- Justin Upton replaced Harper in right field in the top of the seventh. The AL took a two-run lead when Manny Machado doubled to drive in Brock Holt. 4-2. Prince Fielder hit a sac fly to center to bring Machado in, 5-2.

Assessing the Nationals' pitching needs at the deadline 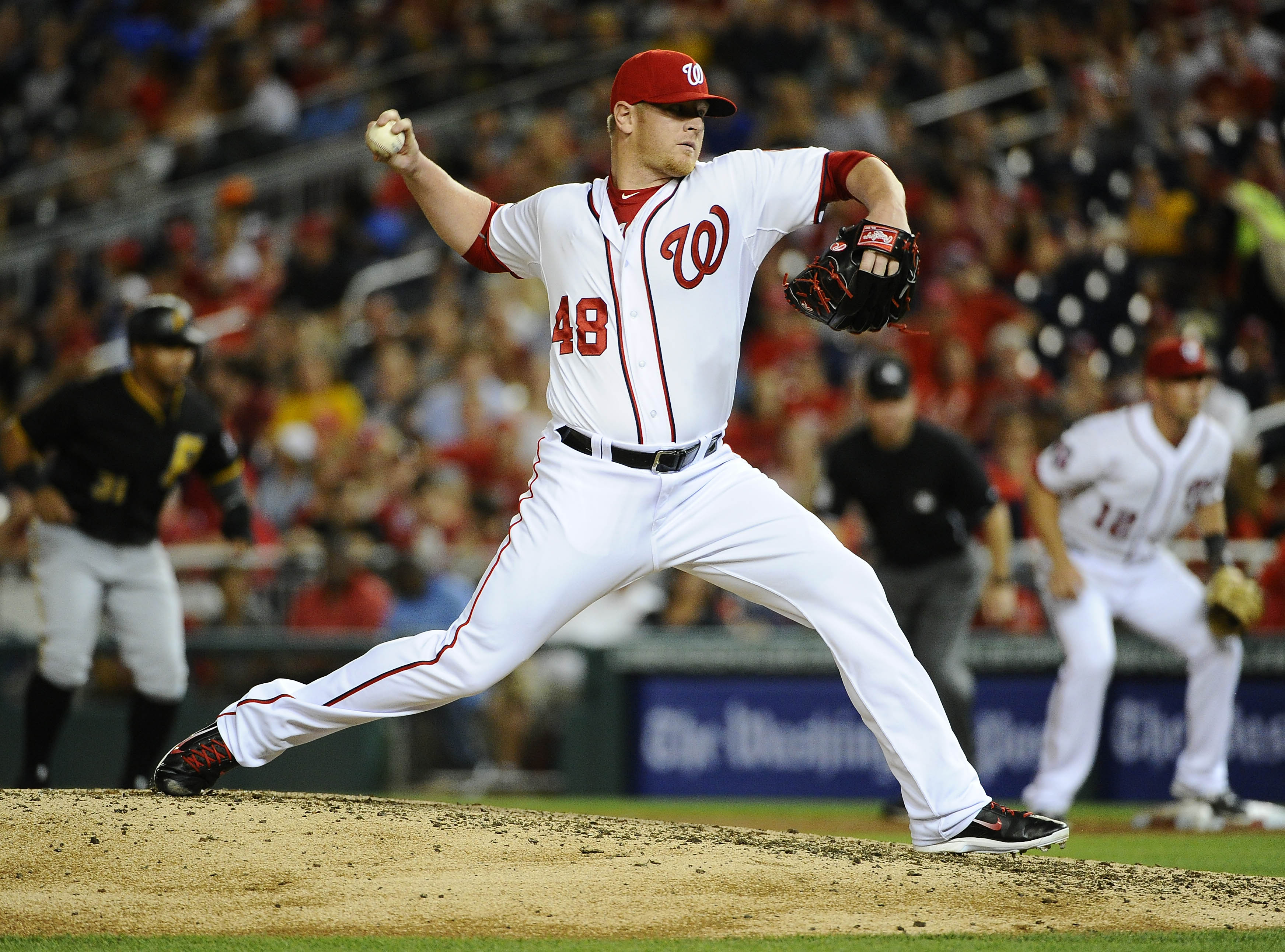 -- Did I mention that this game deciding home field advantage in the World Series is ridiculous?

-- Whichever announcer it is who keeps doing a "wow" whistle all game is annoying the [blank] out of me.

-- It took until the eighth, but finally a WKRP in Cincinnati reference.

-- Brian Dozier took Mark Melancon deep to center for a two-out homer in the eighth, 6-2 AL.

-- The American League is the evils.