Nationals and Dodgers set for rubber match in D.C. after split on Friday/Saturday

Matt den Dekker's home run in the eighth inning of the first game of two on Saturday became even more important when the Washington Nationals ran into a dominant Los Angeles Dodgers' lefty Clayton Kershaw in the second game of the three-game set.

Share All sharing options for: Nationals and Dodgers set for rubber match in D.C. after split on Friday/Saturday

The Washington Nationals took the field on Saturday afternoon in D.C. with a 3-2 lead in the conclusion of Friday night's suspended game, but one out into the top of the sixth, where action picked up, the Los Angeles Dodgers tied it up with first baseman Adrian Gonzalez taking Tanner Roark deep for an opposite field blast, his second of the game and 20th of the 2015 campaign.

It stayed a 3-3 game until the bottom of the eighth, when Nats' pinch hitter Matt den Dekker jumped on a 96 mph first-pitch fastball from Dodgers' reliever Pedro Baez and sent a two-out, two-run home run into the second deck in right field in Nationals Park.

"First-pitch fastball. I was just ready to be aggressive early... just got a pitch over the plate and got the barrel on it." -Matt den Dekker on two-run home run vs Dodgers

"He got a fastball to hit," Matt Williams said after the Nationals held on for a 5-3 win in the series opener with L.A.

"He knows Baez throws hard and put the head out on one."

"First-pitch fastball," den Dekker told a reporter who asked what he hit. "I think that's what it was.

"I was just ready to be aggressive early. Coming off the bench you've got to be in there and be ready to go, so that's what I did, just got a pitch over the plate and got the barrel on it."

It was den Dekker's second home run of the year in his first season with the Nationals after the trade this Spring that brought him over from the New York Mets in exchange for reliever Jerry Blevins.

"It's just exciting to be part of the win, part of the team," den Dekker said after his big moment.

"I haven't had a home run like that in my career, just to be able to do that and get the team the lead late in the game like that was a lot of fun."

After den Dekker put the Nationals ahead, Drew Storen came on in the ninth and put the first two runners on with a walk to Yasiel Puig and a single by Andre Ethier bringing the potential go-ahead run to the plate.

Storen retired two batters without the runners advancing into scoring position, but Joc Pederson stepped in next and after falling behind 0-2, went with a 2-2 slider outside and lined it to left for what came way to close to being a three-run home run.

It eventually sliced to the left of the foul pole, but for a minute, Storen and everyone watching held their breath.

"Off the bat, I thought it was going to slice foul," den Dekker, who tracked it, told reporters.

"He establishes strikes and then goes down out of the zone. I don't know how many curveballs he threw today, probably 15 of them, he may have thrown one for a ball..." -Matt Williams on Clayton Kershaw vs Nationals

"But I kept running and it kind of stayed straight then it hooked a little bit foul at the end, so we were fortunate right there but Drew did a great job coming in and shutting the door for us."

"When it left the bat it was fair by a touch," Williams said, "but it started to fade... again, the ball is carrying today. So any fly ball has a chance. If it's hit well it's got a chance to carry a little bit, but just foul, four or five feet."

Storen came back with a slider inside and got a check-swing strike three for the third out of the ninth.

The Nationals took the first game of the series from L.A., but a few hours later, ran into a dominant Clayton Kershaw in the second of three for the Dodgers in D.C.

Kershaw struck out 14 batters in eight scoreless in the nation's capital and the Dodgers cruised to a 4-2 to win that only got close when Bryce Harper hit a two-run home run of closer Kenley Jansen in the bottom of the ninth.

"Unfortunately I've seen that way too much," Williams said when asked about Kershaw's dominant outing. 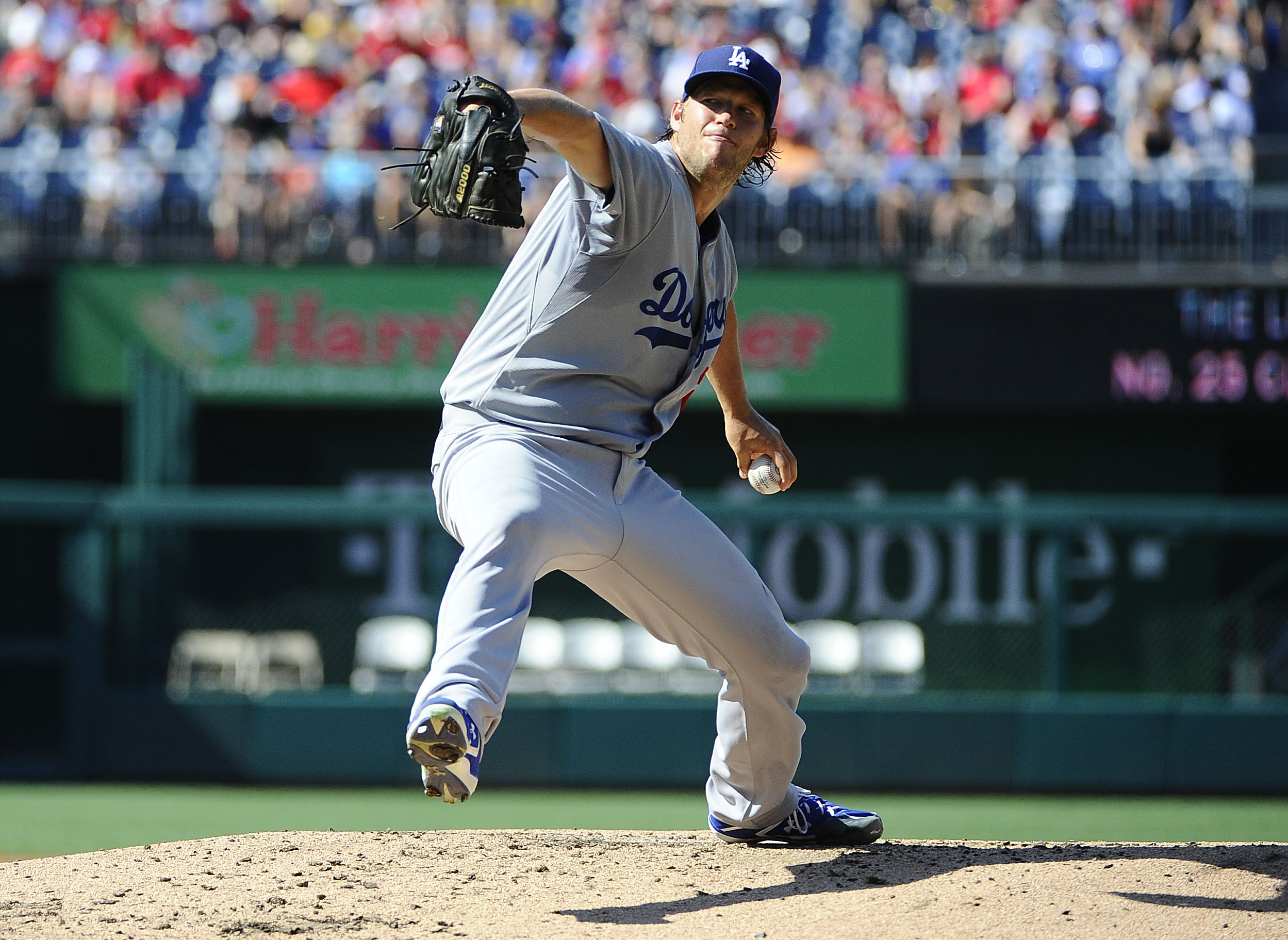 "He's a pretty good pitcher. He establishes strikes and then goes down out of the zone. I don't know how many curveballs he threw today, probably 15 of them, he may have thrown one for a ball, so that's why he's good."

Kershaw gave up just three hits on the day and didn't walk anyone and the Nationals put just one runner in scoring position against the left-hander.

"He didn't afford us any [opportunities]," Williams said. "The good ones don't give you much."

The split of the first two games set up today's rubber match in the nation's capital which features Max Scherzer on the mound against a streaking Zack Greinke, who hasn't allowed a run in 35 ⅔ innings going into the series finale.