Washington Nationals' starter Max Scherzer came back out for the ninth at 97 pitches and gave up two singles, one an infield hit and the other a chopper over third that fell in fair for a walk-off winner that gave the Atlanta Braves the series in Turner Field.

Washington and Atlanta went into the ninth inning tied at 1-1 and Nationals' right-hander Max Scherzer, who'd held the Braves to just one run on three hits to that point, went back out to the mound for another inning of work at 97 pitches.

The fourth hit of the night for the home team in Turner Field was an infield single off pinch hitter Pedro Ciriaco's bat that shortstop Danny Espinosa barehanded and threw late to first.

"They both got it fair. There's no angle for us to review it, it's a non-reviewable play anyway, once it bounces before the umpire fair or foul is not reviewable." -Matt Williams on umpires' response to questions about walk-off hit

One out later, with Ciriaco at second base after a sac bunt by Jace Peterson, Cameron Maybin stepped to the plate and hit a chopper toward third that bounced over the bag and was called fair for a walk-off single that the Nats initially wanted a second look at, though unfortunately, it was not a reviewable play.

Nationals' manager Matt Williams talked to the umpires, but was told it was a fair ball in spite of the fact that it landed in foul territory after bouncing over the bag.

"They both got it fair," Williams said after the game when asked how the conversation went.

"There's no angle for us to review it, it's a non-reviewable play anyway, once it bounces before the umpire fair or foul is not reviewable. So, I asked them, they said 'We've both got it fair.' There's no real camera angle to take a look at it anyway, so one of those unfortunate bounces for us."

"I have no view," Scherzer said. "I'm not in position to even comment on it. It just is what it is."

Losing a game that way?

"An infield single and [Pedro] Ciriaco being able to beat it out and then a ball that chops right over the third baseman, I mean, what are you going to be mad about?" -Max Scherzer on the Braves' walk-off winner

"The way you lose like that -- an infield single and Ciriaco being able to beat it out and then a ball that chops right over the third baseman, I mean, what are you going to be mad about?

"I felt like I executed my pitches in those situations, they just got hits. Baseball is a funny game sometimes."

Williams was happy with the effort by Scherzer too, though not with the missed chances that kept it tied until Maybin's walk-off winner.

"He gave up one," Williams said, "but until that point he was in command, he pitched well and we had some opportunities to execute tonight, didn't get it done, but he pitched really well for us."

The Nationals had a runner on first with no one out in the seventh after Bryce Harper doubled to center and scored on an RBI single to right by Wilson Ramos to tie it at 1-1.

Dan Uggla failed to get a bunt down in the next at bat, however, and he K'd on a check-swing strike three before a double play grounder off Tyler Moore's bat ended the frame. 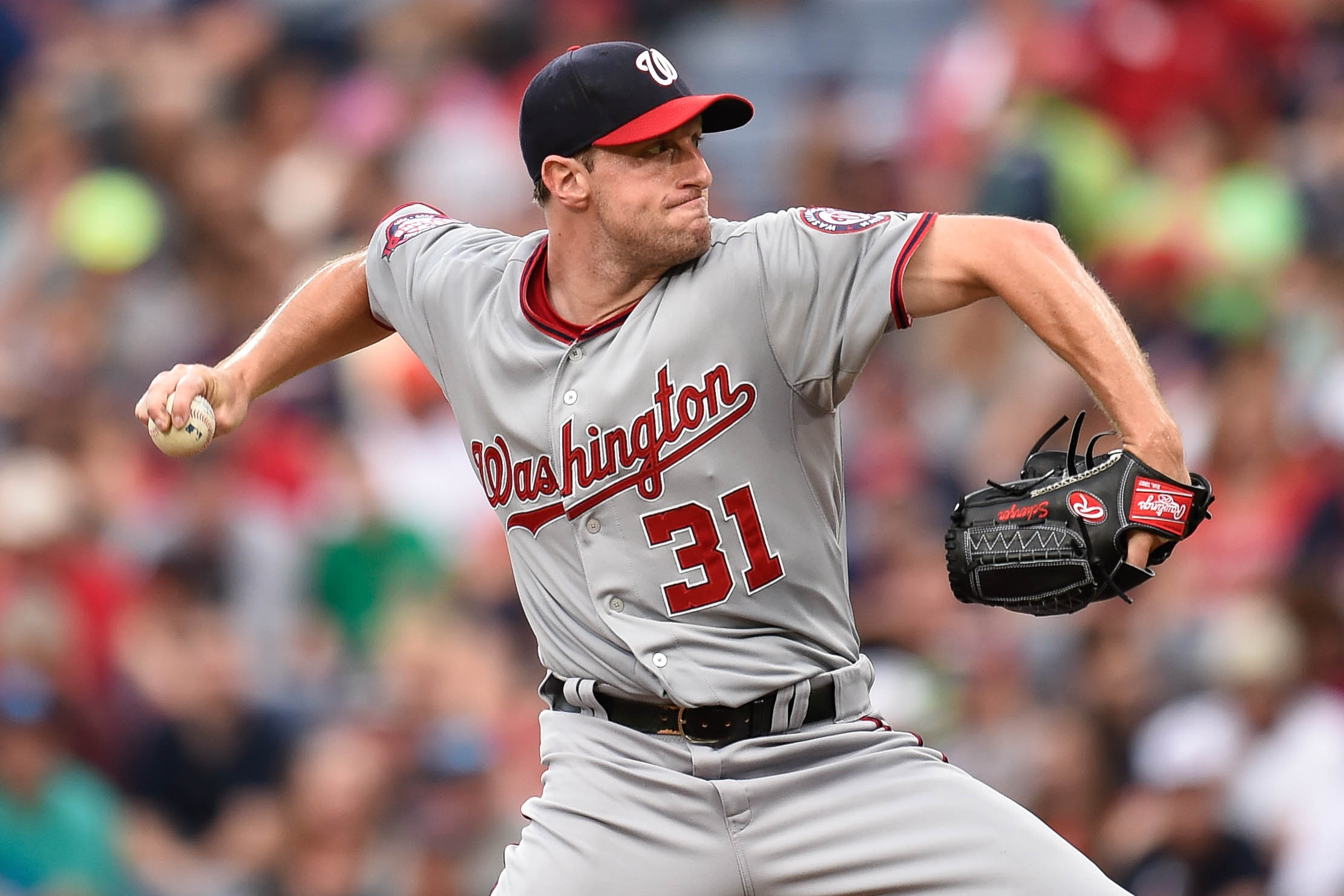 Michael Taylor singled to start the eighth, but Max Scherzer K'd looking after squaring to bunt on a full-count pitch from Jim Johnson. A lineout and groundout followed as the Nationals came up empty again.

They finished the night 1 for 3 with runners in scoring position and four left on base in what ended up a one-run loss.

The Nationals dropped two of three, losing the first series of the season to the Braves after taking two of three in the first matchup between the NL East rivals this season and sweeping the last two three-game sets.