Washington Nationals' manager Matt Williams talked recently about what Wilson Ramos looks like when he's going strong and what goes wrong when he's struggling. Can a visit from the New York Mets get Ramos going again?

Washington's no.1 catcher has played in 71 of the Nationals' first 90 games.

"He's been swinging at balls just off the zone, sliders down, fastballs up, so we want to get him to zero in a little bit more." -Matt Williams on Wilson Ramos' struggles at the plate

After a two-hit night against the San Francisco Giants earlier this month, in which he homered, walked and drove in a run with an RBI single, Nationals' manager Matt Williams talked to reporters about what it looks like when the catcher is going right.

Ramos homered to right-center off Giants' right-hander George Kontos in the sixth inning to put the Nationals up, 2-1, then drove Bryce Harper in with a single to center field off Hunter Strickland in the home-half of the eighth to give the Nationals some insurance in what ended up a 3-1 win.

"For me the most impressive one was the RBI single," Nats' skipper Matt Williams told reporters after the win.

"That will allow him to be productive for us, to be that four-five-six guy for us that has opportunity."

"Man on third, line drive back through the middle.

"It's just -- he's got the ability to do that, that's why he hits in the middle of the order, because he's an RBI guy, he's a run-producer. So, again, he stayed on a slider, first-pitch slider and delivered."

"For him," Williams explained, "it's about hitting pitches up. If he swings at those balls down, then he gets himself out oftentimes, but today he did a nice job of staying on it and hitting it back through the middle, the other way."

When things aren't going right, like during the last seven games when he's 2 for 26 with nine strikeouts?

Williams talked about what happens when Ramos struggles after Sunday's loss.

"I think for [Ramos], any time that he's swinging well, and he's waiting for the baseball, he's on top of the baseball and he's hitting strikes," Williams said.

"He's been swinging at balls just off the zone, sliders down, fastballs up, so we want to get him to zero in a little bit more. 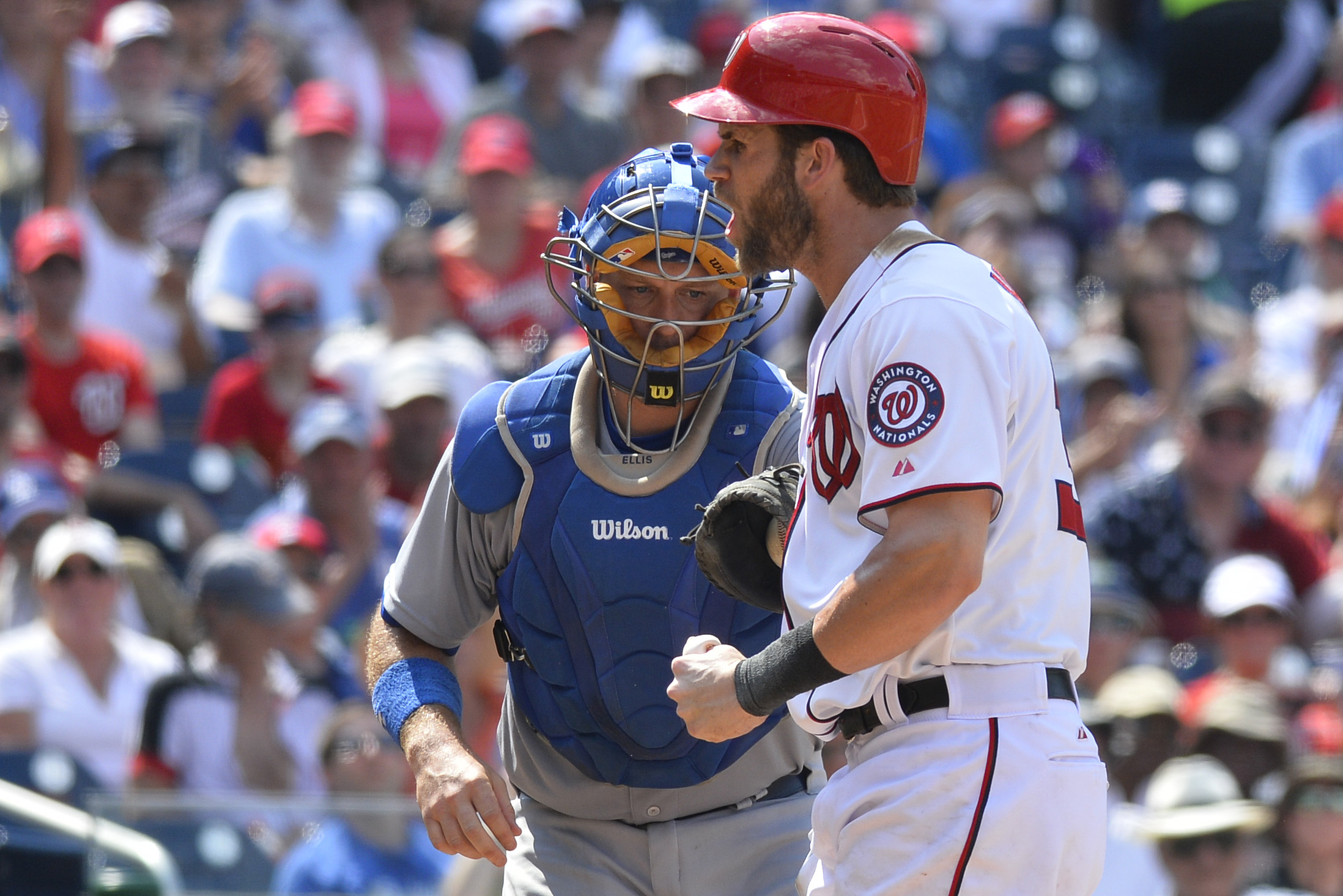 "If he's patient enough to get a good pitch to hit, he's pretty good. Recently it hasn't been that way, so hopefully it starts tomorrow."

The Nationals start a three-game set with the Mets tonight at 7:05 PM EDT in D.C.

Ramos is just 2 for 12 against the Mets in five games with the Nats' NL East rivals this season, but he's 3 for 6 with a double in a small sample size against visiting starter Matt Harvey.

Different pitchers, different seasons, he's always hit New York's pitchers pretty well. Can a visit from the Mets get the catcher going again at the plate?