With the Washington Nationals trailing 1-0 after eight innings in Sunday's series finale with the visiting Los Angeles Dodgers, Nats' skipper Matt Williams brought Blake Treinen out of the bullpen. After Justin Turner, Joc Pederson, Andre Ethier, A.J. Ellis and Yasiel Puig singled off the right-handed reliever, he was lifted from what was then a 5-0 game in L.A.'s favor, though the Puig single was at least playable, though well-struck.

Washington Post columnist Thomas Boswell talked in a chat with readers last week about Treinen's struggles with walks and command this season:

"Nobody with the Nats thinks there is any excuse for the walks. It's not his pitching nature to be wild. His walks are up from 2.3 per 9 IP last year -- more than good enough -- to 4.4, which is awful, unacceptable, especially if you have a 97 mph sinker and almost never give up a HR. He had excellent control in the minors at every stop. This is ridiculous. Where is the four-year track record of good to excellent control? He's disappointed in himself. He could be a fine reliever if he threw more strikes. He can. He hasn't."

Boswell was discussing Treinen as a potential late-inning option for the Nationals, who are rumored to be in the market for relief help with the trade deadline approaching.

"Right now, he's absolutely not the answer," Boswell wrote. "But he could be. Maybe even should be."

The outing on Sunday snapped a streak of six appearances in which Treinen didn't allow a run, but it was the fourth outing in the last 13 in which he gave up multiple runs. Since his first appearance in June, opposing hitters have put up a combined .313/.414/.814 line.

Williams was asked after the outing about his decision to go to Treinen in the ninth, after starter Max Scherzer and relievers Felipe Rivero, Aaron Barrett and Casey Janssen had already pitched.

Tanner Roark pitched Friday and Saturday in both halves of the suspended game with the Dodgers. Drew Storen was available, but the Nationals were trailing, and you know, closer.

"He hasn't pitched," Williams said. "So he's a guy that we can go to, he's our long guy, so if we tie that game, he's still in the game, if he gets through that inning easy. Had a good matchup for Felipe with the lefties, had to get him out of the inning with Barrett, but we're down to our long guy there." 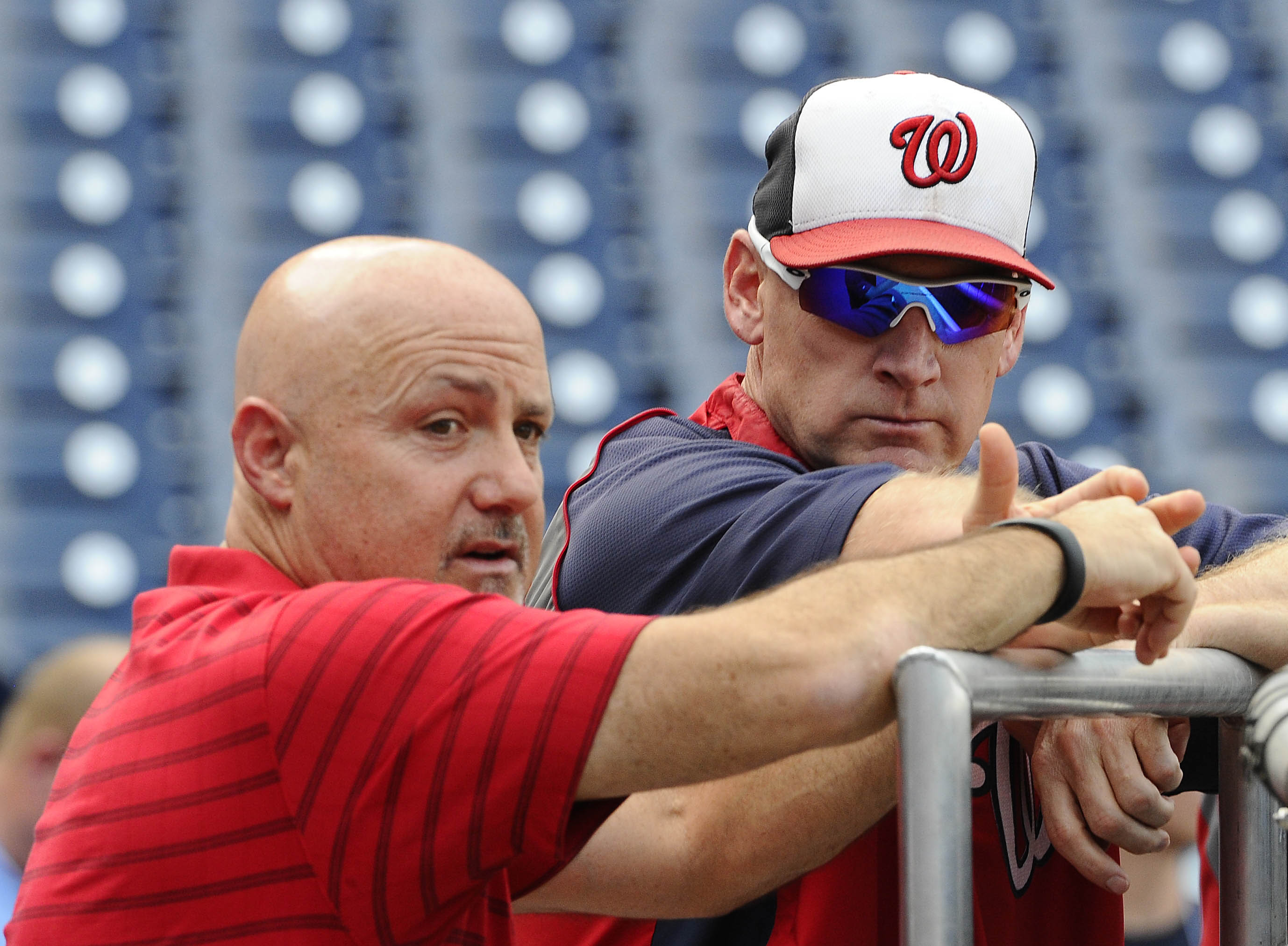 Less than twenty-four hours after that rough outing, the Nationals announced that they were optioning Treinen to Triple-A Syracuse and calling 22-year-old right-hander Abel de Los Santos up to work out of the Nats' bullpen.

To make room on the 40-Man roster, the Nats transferred Jayson Werth to the 60-Day DL.

de Los Santos is in the midst of a strong stretch on the mound as he comes up to make his MLB debut. The former Texas Rangers' prospect, acquired in the Ross Detwiler trade this winter, has gone 15 innings without allowing any runs, striking out 15 batters over that stretch and holding opposing hitters to a .104 AVG since June 8th.

Can Treinen sort things out with the Nationals' top minor league affiliate? He and Aaron Barrett were thought of as potential back-end of the bullpen arms when the season began. Can he get back on track and help the Nationals down the stretch after this setback?