Ian Desmond received some positive reinforcement from Cal Ripken last weekend, but the Washington Nationals' shortstop has a lot of people in his corner as he tries to turn things around in the second-half.

If you somehow haven't heard the story yet, or have heard references to it and weren't quite sure what the full story was, Washington Nationals' shortstop Ian Desmond told reporters on Friday night about an encounter he had with former Baltimore Orioles' infielder Cal Ripken on the way to the ballpark.

Desmond was coming off a rough series with the Los Angeles Dodgers which saw him go 0 for 10 with four Ks in three games, though none of his teammates did much of anything against LA's starters either, but he was in an 0 for 18 slump overall in a six-game stretch which left him with a .204/.248/.324 line on the year.

"It's always nice to have that reassurance. You never know where it's going to come from or who is going to be the person that kind of lifts you up, but you've got to keep your ears and eyes open..." -Ian Desmond on advice he got from Cal Ripken

He had a good night at the plate in the series opener with the New York Mets though, going 2 for 4 with a single off Matt Harvey and a two-run home run to right-center off Mets' reliever Alex Torres that put the Nationals up 7-2 late.

So what did he hit?

"Fastball," Desmond said. "Just saw it middle and tried to put a good swing on it, it was nice to get one on the barrel."

In spite of the fact that he went hitless against the Dodgers, Desmond said he felt good at the plate.

"Over the last few days I felt little things. Obviously the last two games, going up against [Zack] Greinke and [Clayton] Kershaw, that's kind of a tall task, especially when you look up and you're hitting .200."

But he received some motivation, as he told reporters.

"It was funny," Desmond explained. "The other day, I was walking to the park and Cal Ripken was out there signing autographs in the parking lot and he kind of grabbed me and he said, 'Hey, you know, back in '93, through the first 80 games I was hitting .199,' and he said, 'I finished with a pretty good year. You're going to be all right.' And that kind of gave me a little bit of hope. It was like, 'Alright, if he did it and grinded through it I can too.' That's kind of the mentality I had, but it's always nice to have that reassurance. You never know where it's going to come from or who is going to be the person that kind of lifts you up, but you've got to keep your ears and eyes open all the time."

Matt Williams liked what he saw from Desmond against the Nationals' NL East rivals, telling reporters that Desmond seemed to be seeing the ball a lot better in the last few games.

"I see Ian Desmond becoming the Ian Desmond that we've all grown accustomed to here. He's a guy that has a track record..." -Mike Rizzo on Ian Desmond on MLB Network Radio

"That's the key with Desi," Williams said. "If he sees it well, then he lays off the bad pitches and he's able to do stuff like that. Hit balls over the fence and get base hits and walk and cause havoc on the bases as well. So I like where he's at right now, he's seeing the ball well."

So can he turn it around in the second half and climb back closer to the .264/.311/.422 career line he's put up over his first seven major league seasons?

He's got his manager and at least one key member of the Nationals' front office in his corner.

"He's a guy that has a track record and as we project down the road in each and every offseason, we've projected him to be an impact guy for us and we're still confident that he will get things going and become an offensive and defensive threat for us that we can count on later on in the season."

"Ian Desmond is one of the real leaders of this ballclub," Rizzo continued. 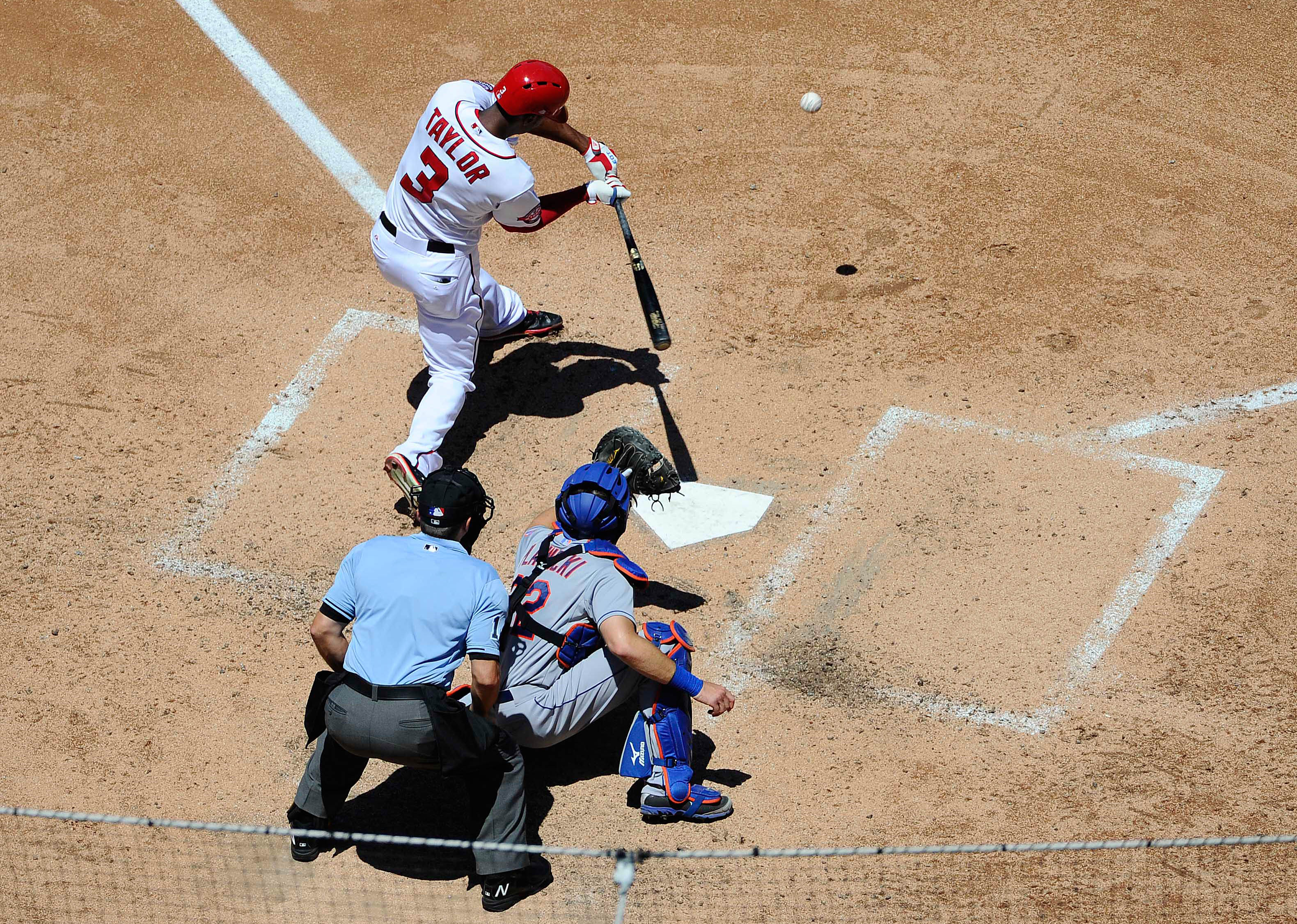 "He's been here since the beginning. I love the guy. He's our shortstop and he's the leader of the club and he's going to be there and we're hoping and expecting him to turn it around and play much better the second half than he did in the first half, but that said, the one thing that I know that Ian Desmond gives us, and especially this year it's been a godsend, is that I know who's playing shortstop each and every day and Ian Desmond is out there every day. He grinds it out.

"He comes to the ballpark with a great attitude, a smile on his face and a bounce in his step and he's a true leader of the Washington Nationals and loyalty is a two-way street and I'm extremely loyal to Ian Desmond, I have been his whole career and he is towards us. We love the guy."