Washington Nationals' starter Max Scherzer no-hit the Pirates when he faced them in the nation's capital last month, but the right-hander struggled last night in PNC Park in what ended up a 7-5 loss.

Share All sharing options for: Nationals' starter Max Scherzer struggles in loss to Pirates in PNC

Max Scherzer started the night on Friday with a streak of 19 straight scoreless innings on the mound against Pittsburgh, including the nine innings of his no-hitter against the Pirates a month ago in the nation's capital.

Washington's 30-year-old right-hander extended that streak to 20 innings before he gave up a two-run home run to right by Pedro Alvarez in the second inning of what ended up a 7-5 loss for the Nationals in PNC Park.

Alvarez jumped on a fastball that Scherzer immediately regretted. It ended up bouncing into the Allegheny River on a hop, putting the Pirates up 2-0 early.

"Early swings. That's the chance you take against somebody like Max and if he's not putting it where he wants to, you've got opportunity." -Matt Williams on Max Scherzer vs the Pirates

The Nationals rallied to take a 4-2 lead with a four-run fourth inning against Pirates' left-hander Jeff Locke, but the home team struck again in the bottom of the fifth with Gregory Polanco, in a 12-pitch battle, and then Neil Walker, hitting back-to-back home runs in what was Scherzer's last inning of work on the night.

"Alvarez just got a fastball to hit," Matt Williams said after the Nationals' second straight loss to the Pirates.

"We were able to come back and take the lead. And then the Polanco at bat, he kept throwing him fastballs and he was fouling the ball off the other way, and went to a different pitch and got a slider kind of middle of the plate and then the Walker homer was a fastball. So, a long inning for him, of course, and we came back and tied it, we just couldn't finish it off."

Scherzer ended up throwing 36 pitches in the fifth, leaving him at 98 pitches in five innings in which he gave up a total of seven hits and five earned runs.

"We haven't seen that this year," Williams said of Scherzer's rough outing. "It's going to happen. He'll be ready for his next one. We've got games to play before he gets back out there, so we'll have to go get them tomorrow."

"They were swinging early," he said. "Early swings. That's the chance you take against somebody like Max and if he's not putting it where he wants to, you've got opportunity. They took advantage of those pitches today, but I would assume that they were coming out and not wanting to get deep in counts and they were swinging early."

"Just didn't locate the ball on some pitches as well as I needed to and they made me pay for it. They know what I got and that's how it goes sometimes." -Max Scherzer on rough night vs the Pirates

"I felt good, just made some mistakes,' Scherzer told reporters. "Just didn't locate the ball on some pitches as well as I needed to and they made me pay for it. They know what I got and that's how it goes sometimes."

It was a drastically different outing and result than his no-hitter on June 20th.

"Like I said, it's takes a little bit of luck to be able to throw a no-hitter.

"They hit some balls hard last time, it just went at people. This time I just left some offspeed stuff over the plate, fastball over the plate and then every time that happened, I paid for it."

Scherzer was disappointed that after his teammates rallied to take the lead he wasn't able to get through the middle innings and hand a lead to the bullpen.

"It's frustrating," he said.

"It's really frustrating when you get that four-run inning and you're not able to go out there and turn the ball over to the bullpen to close it down. That's the stuff that I relish and want to do to help the team, pitch deep into the game and I wasn't able to do that tonight."

The second walk Scherzer's issued in his last 49+ innings started the fifth, before Polanco stepped in for the epic 12-pitch battle with Scherzer that ended with the second of three home runs Scherzer gave up. Polanco fouled off six two-strike pitches before he got hold of a breaking ball.

Scherzer struggles in loss to Pirates 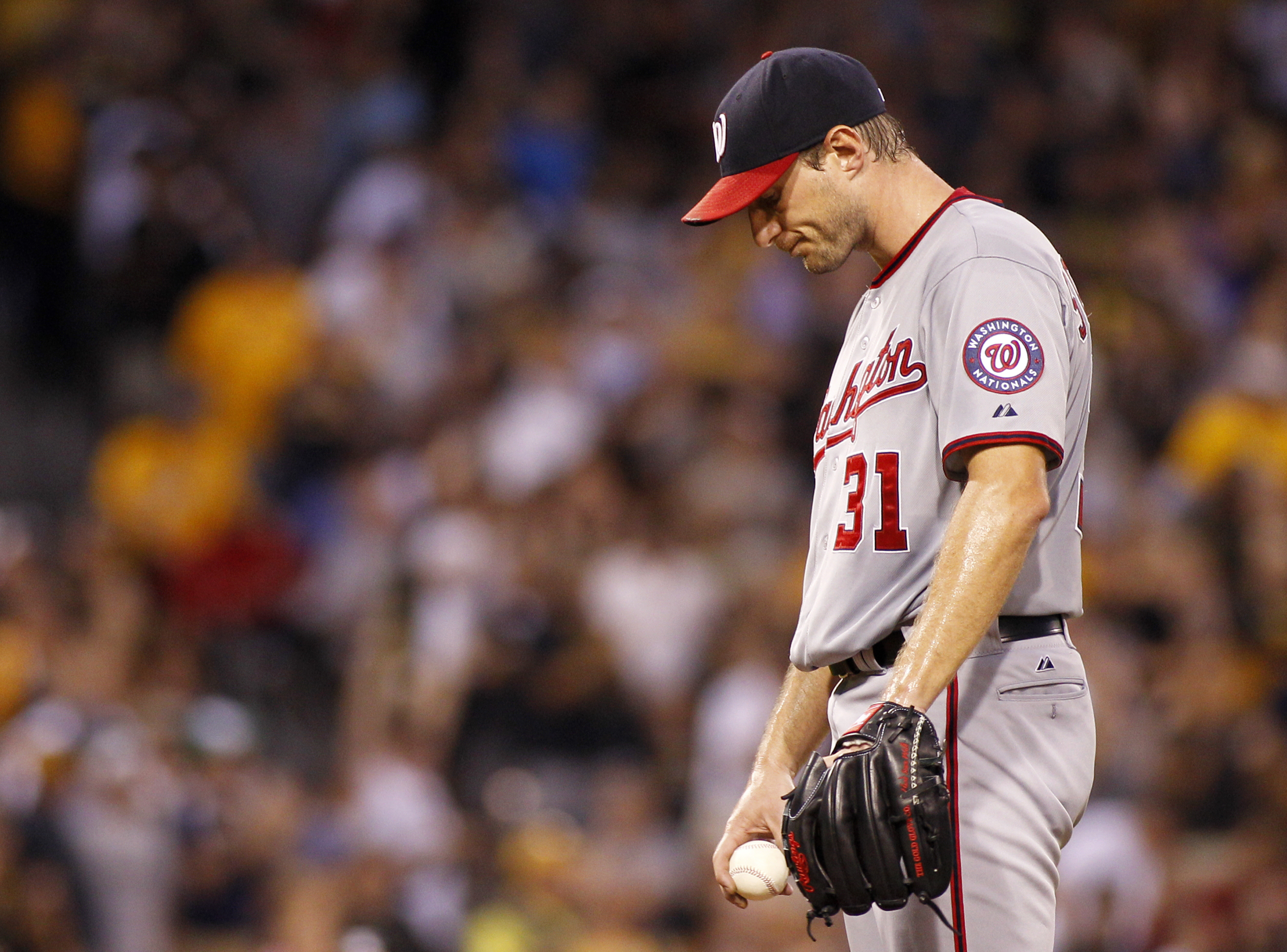 "He just grinded me all the way through," Scherzer said. "He did a great job of just fouling off fastballs, keeping his swing short and when it came to a curveball he put a great swing on it. Sometimes you just have to tip your hat to another hitter."