Michael Taylor went 6 for 19 with two home runs during the Washington Nationals' four-game series with the Pittsburgh Pirates this weekend. He also made a number of impressive catches, sprinting and leaping around center field.

In the first fifteen games this month, Michael Taylor was struggling at the plate, going 9 for 55 (.164/.193/.218) with one home run, two walks and 22 Ks in 57 plate appearances. Then he came up big in Washington's 4-3 comeback win in the series finale with the New York Mets in Nationals Park.

Taylor, 24, singled off Mets' right-hander Noah Syndergaard for one of the five hits the rookie starter allowed and drove in the only run Syndergaard surrendered with a fourth-inning single to left.

"When he gets in those situations, he doesn't try to do too much. He's not looking for a three-run homer, he's just looking for a base hit..." -Matt Williams on Michael Taylor's big hit vs the Mets

With the Nationals trailing 3-1 in the bottom of the seventh, Taylor came up big again, sending a two-out, two-run single through the left side of the infield to drive in two runs and tie the game up at 3-3 before stealing second (SB no.9) and scoring on a double by Danny Espinosa to put the Nats ahead for good, 4-3.

"When he gets in those situations, he doesn't try to do too much," Matt Williams told reporters when discussing Taylor's big hit after the win.

"He's not looking for a three-run homer, he's just looking for a base hit and he's just been able to improve this year, to feel his way through his first real stint in the big leagues. And he's played well."

Taylor followed that game up with an 0 for 5 night at the plate in the series opener with the Pirates in Pittsburgh's PNC Park, but in the final three games of the four-game set he went 6 for 14 with two home runs, going 1 for 5 in the second game, 4 for 5 with a home run on Saturday night and 1 for 4 with a homer that accounted for the only run the Nationals scored on Bucs' ace Gerrit Cole on Sunday.

Along the way, he made a number of impressive catches as well, tracking two balls to the wall in center in PNC on Saturday and making a leaping grab to rob Gregory Polanco of an extra base hit in Sunday's series finale.

"The first one he went and got at the wall and he ran down another one, and of course he got a fastball that he hit the homer on, but just a nice game. Again, came up clutch for us with a guy in scoring position and two out."

Combine those numbers with his defense and Taylor is quickly emerging as the talent the Nationals have been saying he is for several years now. His teammates are impressed too.

"I think every time I've pitched [Michael Taylor] has made something great happen out there in the outfield..." -Joe Ross on Nats' center fielder Michael Taylor

"I think every time I've pitched [Michael Taylor] has made something great happen out there in the outfield," Joe Ross said after Taylor's leaping grab on Sunday.

Taylor too discussed the catch on Polanco's liner when he spoke to reporters.

"The ball kind of took off a little bit, but it's carrying pretty well," he said. "I feel like all the line drives were staying up this week and I was able to run underneath it."

Polanco certainly thought he had a hit off the bat, and he threw a frustrated "Get out of here!" wave towards the Nats' center fielder after the grab.

It wasn't all positive, of course. Taylor also made a throwing error on a single by Polanco in the third, throwing home to try to catch catcher Chris Snyder at the plate but throwing it up the line, by Wilson Ramos and Ross backing up and off the brick wall, allowing Polanco to take third before he scored later in the inning.

"It was off," Williams said of the throw.

"[Taylor] came in, it's deflected, so it's not bounding at him and he had an opportunity to pick it up barehanded. I don't know if he go the proper grip, but it's up the line. We've got to knock that one down though, keep that ball from getting to the backstop."

"Not a great throw," Taylor admitted. "Might have been a little too aggressive in that situation. Who knows, maybe if I make a better throw we have a chance at him."

It was a rare defensive miscue from the young outfielder, and just his third error of the season.

As of this morning, Taylor continues to lead all major league outfielders in Ultimate Zone Rating (UZR) at +14.7. 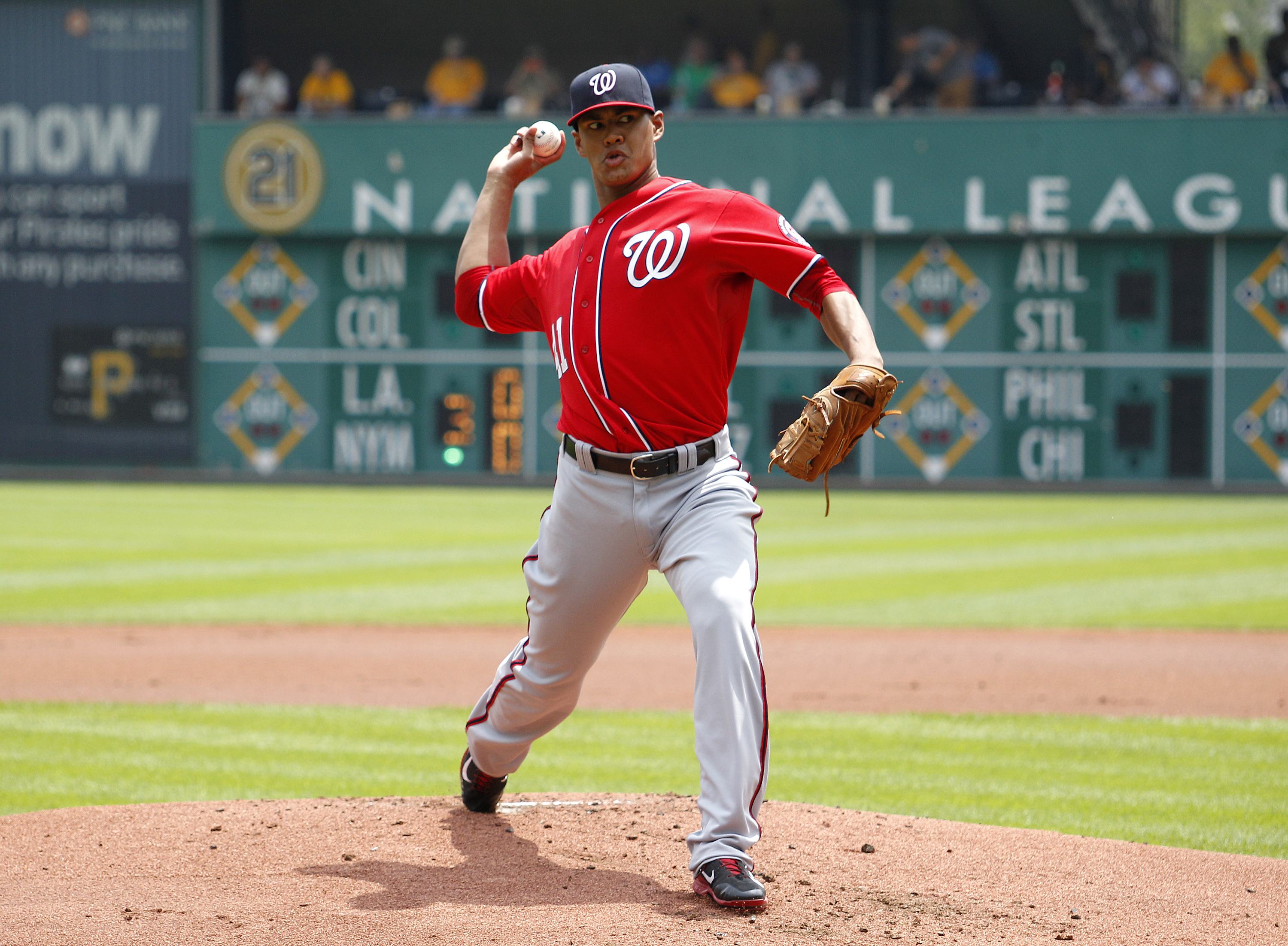 "He's a guy that really has a chance to be a five-tool type of player. He hits for average, he's got great pop, he steals bases, he plays defense, he throws well, he's got a great all-around game and demeanor. He's a good baserunner beyond being a base stealer, so he's been a guy who each and every level that we've put him in he's had a slow start and adjusted to the league and had a good season for that year and he did the same thing in the big leagues."

He said Sunday his recent run of success at the plate was a positive step offensively.

"It's nice to hit, so kind of went through a tough streak, hopefully I can build off these last few days and put together a couple more good days."