The Washington Nationals have reportedly acquired veteran closer Jonathan Papelbon from the Philadelphia Phillies in return for 22-year-old right-hander Nick Pivetta. The Nats and Phillies were rumored to be talking all day. The deal is reportedly now complete...

With some segments of the fanbase up in arms about the possibility of the Washington Nationals acquiring veteran reliever Jonathan Papelbon from the hated Philadelphia Phillies and what it might mean for incumbent closer Drew Storen, the Nationals and Phillies were reportedly making steady progress on a difficult deal all day:

The Nationals have been rumored to be in the market for a late-inning option for several weeks now as they seek to bolster their bullpen.

There was enough chatter that GM Mike Rizzo even joked about it in an MLB Network Radio interview last week when he was asked if the Nationals were, in fact, in the market for bullpen help?

Papelbon will be a Nat. He's been told he will close, with drew storen demoted to set-up role despite brilliant season.

"That seems to be the popular opinion, that our bullpen needs more depth," Rizzo said, though he noted immediately afterward that the relievers in the Nats' bullpen have performed admirably this season.

Source: Under terms of trade agreement, if completed, Papelbon will close for #Nationals and be signed for 2016.

Source: Under terms of trade agreement, if completed, Papelbon will close for #Nationals and be signed for 2016.

Still the rumors persisted. Though it hasn't yet been confirmed by the Nationals, several sources are saying it's a done deal:

Confirming: #Phillies getting Double A RHP Nick Pivetta for Papelbon.

The #Phillies get Pivetta from #Nats, who has solid upside

The Washington Nationals have reportedly acquired Jonathan Papelbon from the Phillies in return for minor league right-hander Nick Pivetta, a 22-year-old, 2013 4th Round pick out of New Mexico Junior College and Victoria, British Columbia who's pitched at High-A and Double-A in the Nats' system this year, going (7-4) in 15 games, 14 starts at Potomac with a 2.29 ERA in 86 ⅓ innings pitched and (0-2) in three starts for the Harrisburg Senators, over which he's put up a 7.20 ERA in 15 IP. 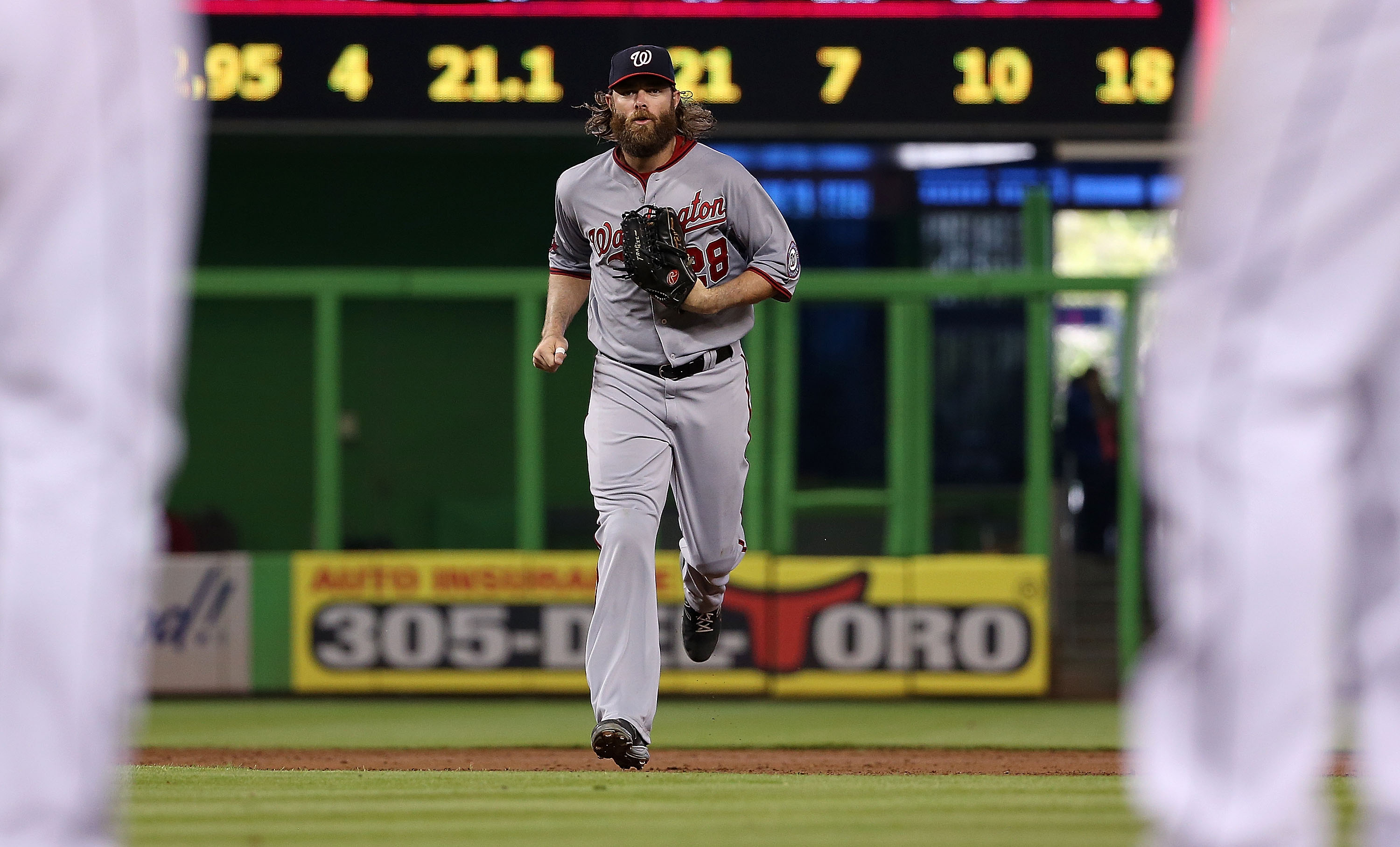 So, NatsTown... how do you like your new closer? [ducks]