It's a point of pride for Max Scherzer, he's said so himself. Washington's 30-year-old right-hander managed to avoid giving up any walks again last night in the Nationals' loss to the Atlanta Braves. Scherzer keeps throwing strikes and retiring batters.

Max Scherzer hasn't allowed a walk in three starts and 26 ⅓ innings pitched. His last walk came in the eighth inning of his start against the Milwaukee Brewers in Miller Park. Since his last walk, the 30-year-old right-hander has collected a total of 30 Ks (10.25 K/9). It's a point of pride for the Washington Nationals' starter.

"As a hitter you stand up there and you know he's going to throw strikes. And it's easy to get in swing mode and he's able to expand laterally and vertical when he needs to as well..." -Matt Williams on Max Scherzer pounding the zone

"Another outing with no walks," Scherzer said after his eight-inning start against the Phillies. "That's what you pride yourself on, just attacking the zone."

Nats' skipper Matt Williams talked after Scherzer's no-hitter against the Pirates about what it's like as a hitter when you have to face someone like Scherzer, who's constantly pounding the zone.

"As a hitter you stand up there and you know he's going to throw strikes," Williams explained.

Last night in Atlanta, Scherzer went 8 ⅓ scoreless, giving up one run through eight and another when Braves' center fielder Cameron Maybin hit a walk-off chopper over third to win it.

Frustrating as the loss was, Scherzer talked afterwards about throwing strikes and challenging hitters, most of whom failed to connect on anything as he held the Braves to three hits before his final inning on the mound in Turner Field, and completed another start without allowing a walk.

"I mean that's just the result of attacking early in the count and making sure that you get to two strikes before two balls... that keeps you from falling behind where you do let guys get on base." -Max Scherzer on avoiding walks in last few outings

"I mean that's just the result of attacking early in the count and making sure that you get to two strikes before two balls," Scherzer told reporters.

"When you put yourself in position like that, that keeps you from falling behind where you do let guys get on base. So that's something that I'm extremely proud of, no free passes over here for the past couple games and that just shows you that I'm attacking the zone."

Williams said the start against the Braves was just more of the same from Scherzer, who gave up a run in the fifth when Juan Uribe doubled on a 1-2 change low inside and scored on an RBI single by Andrelton Simmons, who lined a 2-1 slider to center, but otherwise dominated hitters until an infield single and chopper ended the game.

"Just throwing everything where he wanted to," Williams said. "He threw a pretty good pitch to Uribe for the double, changeup down and in but he was able to sneak it inside the bag and then the base hit on a slider that was a good piece of hitting by Simmons and that was their one run until the last inning." 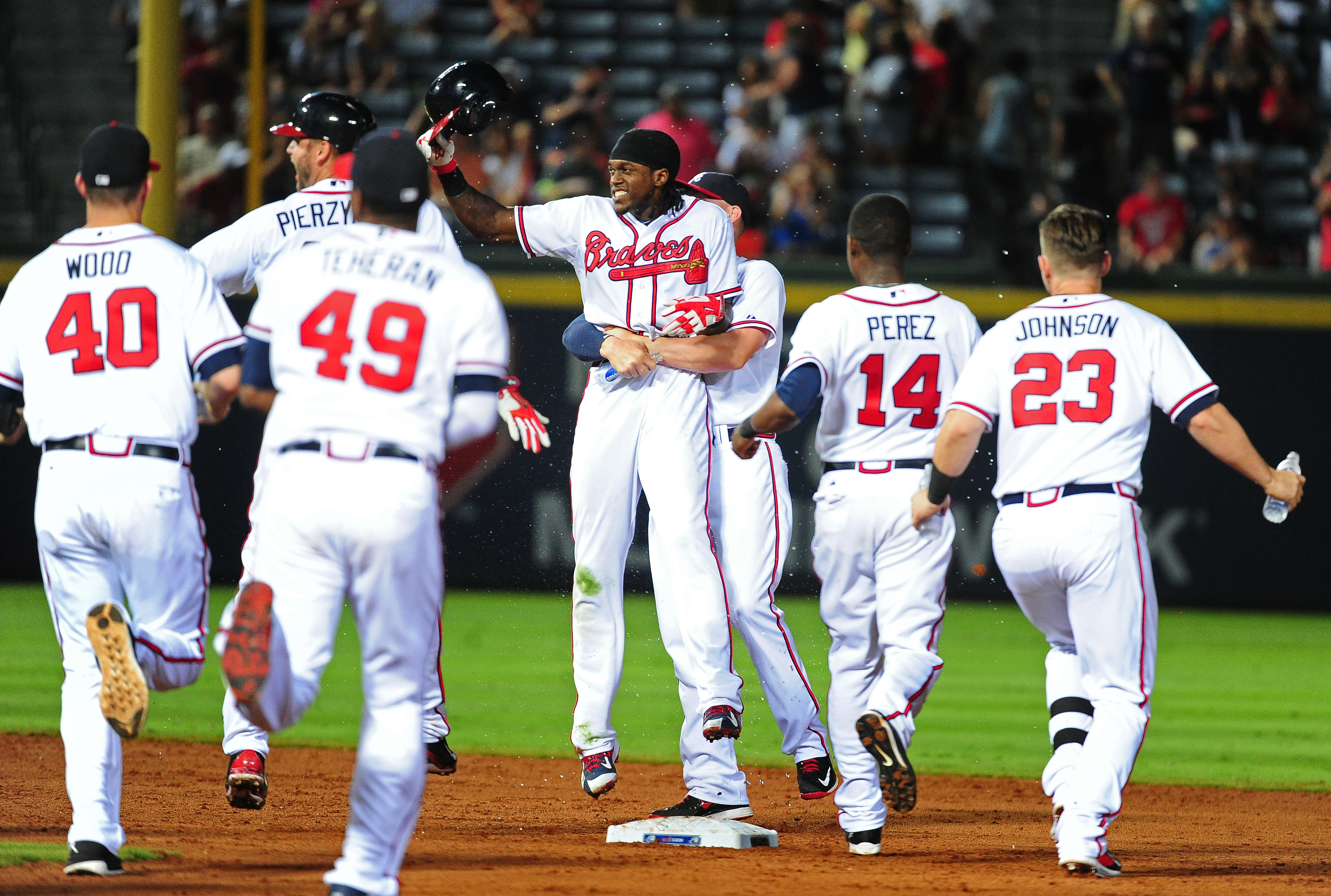 "Just used all my pitches," Scherzer said. "I thought I did a good job of using every pitch actually. [Wilson Ramos] had a good feel for when to throw the curveball and I trusted him and threw a few extra cutters, so I was happy with that. I mean, another outing with no walks, that's why I'm able to go out there in the ninth. When Willy and I get to going and we can sequence guys we can do some pretty good stuff."

• We talked about Scherzer's outing, the loss to the Braves and more on last night's edition of Nats Nightly: