The Washington Nationals start this weekend's three-game set in Citi Field with a 3.0 game lead over the New York Mets in the NL East. Can the Nats add to their lead or will the Mets chip away. Matt Harvey vs Gio Gonzalez tonight at 7:10.

The Washington Nationals were coming off a split of their four-game set with the LA Dodgers when the New York Mets came to the nation's capital last week for a three-game series. New York skipper Terry Collins changed up his rotation coming out of the break so he had his top three starters going against the NL East leaders. In the first game of three in D.C., Matt Harvey and Gio Gonzalez matched up.

Harvey took the mound with a 0.68 ERA in 40 innings pitched against the Nationals in his career, but Nats' skipper Matt Williams talked before the game about what his team needed to do against the hard-throwing right-hander.

"The key for us is to be patient enough to get a good one to hit and it doesn't change with Matt [Harvey] tonight or any of the pitchers that we're going to see..." -Matt Williams on the Nationals' approach at the plate

"The key for us is to be patient enough to get a good one to hit and it doesn't change with Matt [Harvey] tonight or any of the pitchers that we're going to see," Williams said.

"If we're patient enough to get good pitches to hit, then we have success, if we're not, then we don't.

"And that's the bottom line to any hitter against any pitcher. So that's what we think about. We think about what Harvey will give us tonight? Of course he throws high fastballs, and we know that, so we'll try to lay off of that one, and get a good pitch to hit and whack it and go from there, give ourselves some opportunities to score some runs."

The Nationals got an opportunity early and cashed it in with Danny Espinosa singling and scoring from second on a ground ball through the left side by Yunel Escobar after Bryce Harper walked to put him in scoring position, and a second run came in on a pitch in the dirt in the next at bat when both runners tried to advance and the Mets forgot about Harper as they ran Escobar down.

Clint Robinson doubled in two runs in the third and Ian Desmond drove Robinson in too for a 5-0 lead after three in what ended up a 7-2 win in the series opener.

"I think we laid off the high fastball a little bit better," Williams said.

"We understand that that's part of his repertoire, when he gets two strikes he likes to elevate that fastball.

"[Harper] laid off a couple. He got a couple of walks early which allowed us to get more baserunners, but for the most part it's important for us to hit strikes and stay middle of the diamond, which we were able to do tonight against him."

For his part, Gio Gonzalez, put together another in a string of solid starts. It was the fifth start in the last six in which the left-hander allowed two runs or less.

Going into the outing, Williams talked about what the southpaw needed to do to have success.

"If he can control both sides of the plate early and throw the offspeed pitches for strikes, then his pitch count stays down and he can go deep in a game for us." -Matt Williams on keys to Gio Gonzalez's success

"Tonight is the same as it always is with Gio," Williams said. "If he can control both sides of the plate early and throw the offspeed pitches for strikes, then his pitch count stays down and he can go deep in a game for us."

"I think he's been aggressive," Williams said. "I know he feels good. Really from the start of the second half last year, it's been pretty good and I think that would be indicative of where he would want to be really the second-half of last year's season and through the first half of this year's season he's thrown the ball well for us. Kept us in games, given us opportunities to win. I think he's right where he wants to be. He's got opportunity to go get these guys tonight, he knows them, he's pitched against them before and hopefully that game plan is good and he can throw it where he wants to."

Gonzalez gave up six hits and two runs, both on a fourth-inning single by Harvey, but nothing else. He followed that outing up with a five-inning start against the Pittsburgh Pirates in which gave up five hits and three runs, one earned, on his way to his fourth win in the last five outings.

Tonight in Citi Field, where the Mets are 35-18 this season, Harvey and Gonzalez meet up again.

Scherzer to Storen to Papelbon = W 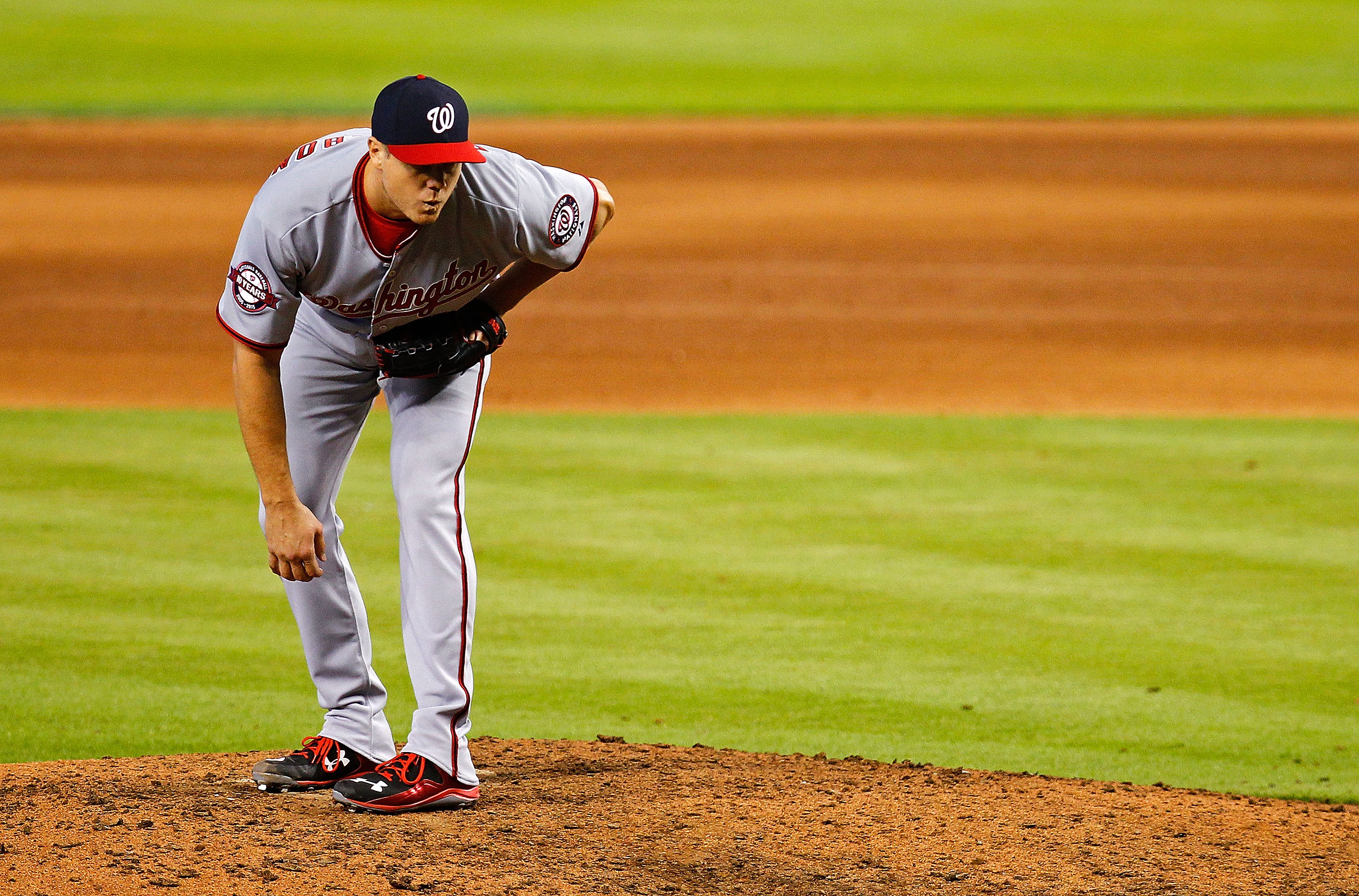 Can the Nationals strike another blow against their main competitors for the NL East crown? Or will the Mets chip away at the Nats' lead in the division? We'll find out at 7:10 PM EDT.