Washington Nationals' lefty Gio Gonzalez threw strikes, avoided walks and held the San Francisco Giants to one run on a solo home run by Buster Posey in the Nats' 2-1 win in Nationals Park.

It looked, for a few minutes at least, like Gio Gonzalez might be headed for a hard-luck loss. Washington's 29-year-old left-hander tossed six scoreless in the series opener against the San Francisco Giants in the nation's capital, but gave up a home run to center by Buster Posey on the first pitch of the seventh inning that put the visiting team up 1-0 on a night when Jake Peavy was holding the Nats at bay.

"Tip your cap. Center field. That's down and away and he went down and got it, and put it where it is. He's a great hitter. What can I do?" -Gio Gonzalez on home run by Buster Posey

It wasn't even that bad a pitch to Posey, who extended his current hit streak to nine straight games with his 14th home run of the season.

"Ball down," Nats' skipper Matt Williams said. "It may have not even been a strike. Buster is a good hitter. He's got great power the other way and he stayed on that one."

"Tip your cap," Gonzalez said. "Center field. That's down and away and he went down and got it, and put it where it is. He's a great hitter. What can I do? Tamed him for a little bit, and then he got his pitch and he made me pay."

Peavy had tamed the Nationals, who scored two runs total in back-to-back losses in Atlanta, to that point too, with six scoreless innings on the mound, but a walk to Bryce Harper in the bottom of the seventh and a two-run home run by Clint Robinson put the Nats ahead 2-1 and Washington's bullpen made it hold up with Matt Thornton and Drew Storen following Gonzalez on the mound with a scoreless inning each.

"I didn't even know I had no walks," Gonzalez said after the win.

There were runners on base, with the Giants' leadoff hitter singling in each of the first three innings, but Gonzalez settled in and before Posey's home run he'd retired 12 of 13 batters. He told reporters after the game he was just focused on hitting his target wherever Nats' catcher Jose Lobaton put it.

"It was just finding [Lobaton's] glove and trying to pound it. Trying not to do to much and kind of like gas myself up so I could keep the ball down. Instead of trying to amp it up and try throw it hard it was just trying to locate it and keep it down." 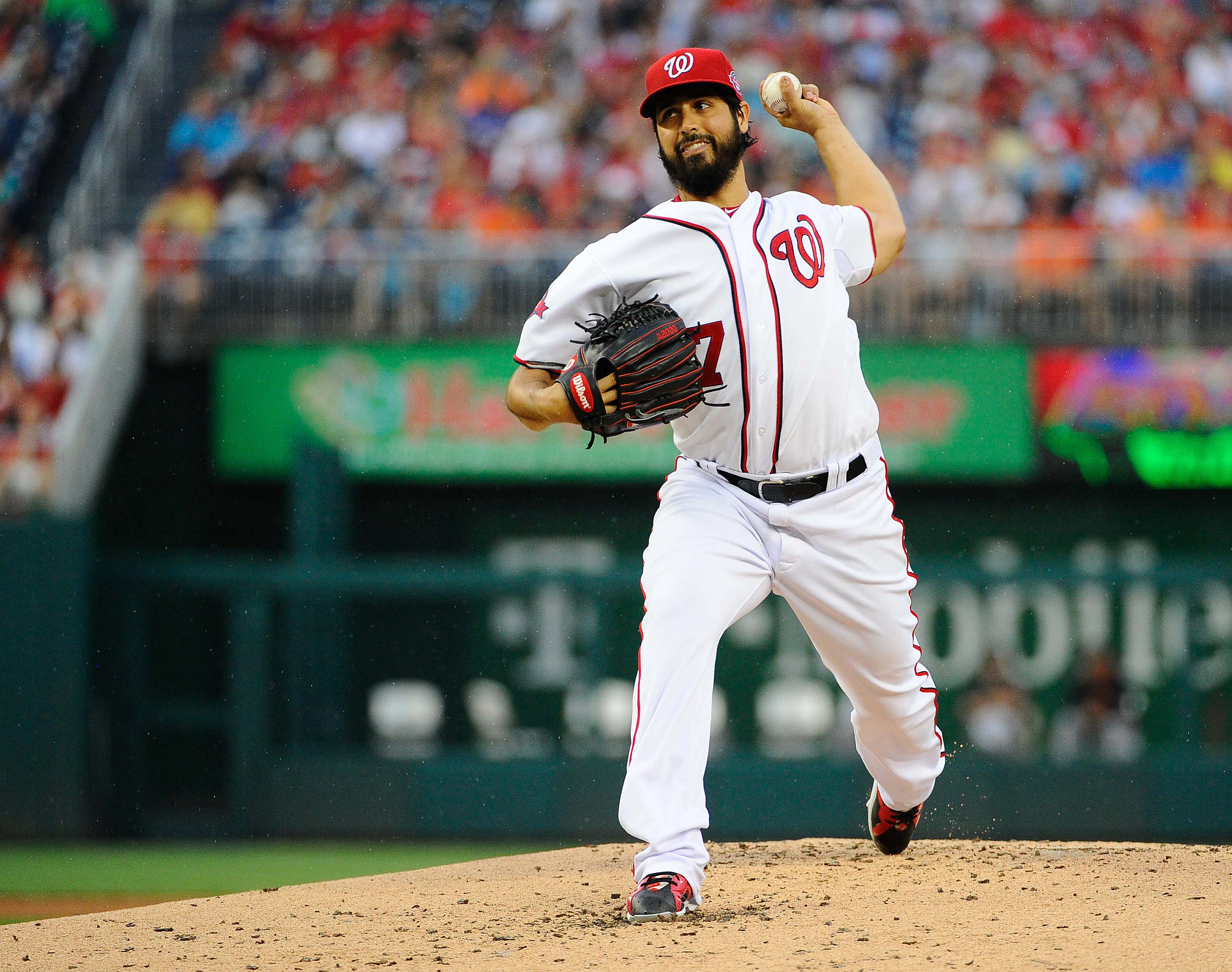 "I thought Gio was in command of all of his pitches from the first inning tonight," Williams said. He hit for Gonzalez in the bottom of the seventh when the Nats put a runner on after Robinson's two-run blast put them ahead. They didn't add to their lead, but the 2-1 advantage held up and Gonzalez got the win.

"He was really strong. Ball was coming out great. He was able to throw his changeups and curveballs for strikes and locate well with the fastball too. So he pitched really well for us."

• We talked about tonight's win, the upcoming trade deadline and more on tonight's edition of Nats Nightly: