Washington Nationals' center fielder and leadoff man Denard Span got an MRI on his back yesterday, but as of last night there was no new news on what's been ailing the 31-year-old outfielder. Span said last night he wants a definitive answer.

Share All sharing options for: Nationals, Denard Span awaiting results of MRI on Span's ailing back

Since the issue with his back first came up late in a June 7th game against the Chicago Cubs, it's been a recurring issue for Washington Nationals' center fielder and leadoff man Denard Span. His back has locked up on him on a number of occasions now, forcing him out of the lineup.

Span and the Nats have now decided they need a more definitive answer as to what is going on with the 31-year-old's back.

"We just got an MRI this morning and I think we're going to go see a specialist," Span told reporters in the nation's capital before last night's loss to the Cincinnati Reds.

"I want to know what the root of the problem is so we can take the correct course of action and correct the problem." -Denard Span on MRI on his back

"That's the latest, and hopefully he'll be able to explain more than what I know what's going on."

Asked if his level of concern is up after the MRI, Span said, "Not yet."

"We've got to see what he says. A little anxiety waiting to see what's going to happen, but just got to wait."

Getting a definitive answer is the key though.

"Of course. I want to know what the root of the problem is so we can take the correct course of action and correct the problem."

Matt Williams was asked after the game if they had received an update on Span?

"I didn't get a chance to talk to the doc yet," he said. "So there wasn't anything by game time and I haven't spoken to him quite yet."

Span talked to reporters, including NatsInsider.com's Mark Zuckerman, after the loss to the Reds and said he needed to be smart about the problem going forward after trying to play through it for the last month:

"I don’t think I’m doing myself or the team any good. I’ve been playing every four days and then getting a day off here and there. I can’t do that. I can’t do that to the team. It puts the team in a bad spot...

Williams provided another update when he appeared on MLB Network Radio this morning to talk to Steve Phillips and Todd Hollandsworth.

As he reminded everyone, it's been a tough year for Span physically.

"Remember, he had those two abdominal surgeries last winter," Williams said. "Any time that you have surgery there is going to be some time that you have to take to get back powerful again. On the other side of that coin, on any given day Denard is great. He feels great, he goes out there and plays and steals bases and roams center field for us and there [are] times where it just barks on him. It just gets him. That happened two nights ago in the rain delay. He was fine, no issues, nobody had any problem, and sat down for fifteen minutes and all of a sudden went get back up and it spasmed on him again. It's a concern because we want him to, one, be healthy, and feel good about going out there and playing, and two, be consistent for us out there too because he's an important part of our team." 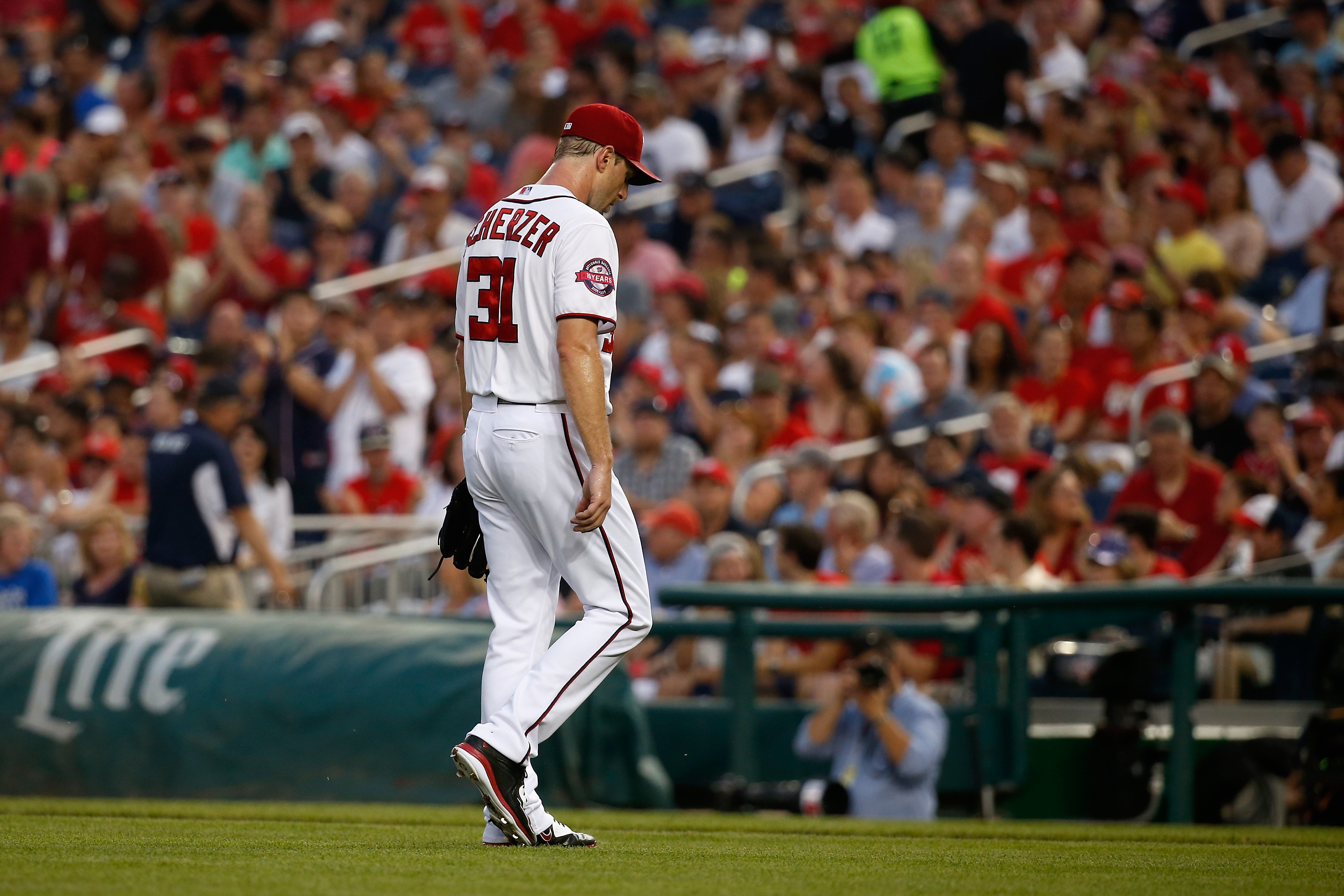 "It's a concern in that we've got to figure out what the root cause is here. It's difficult to say because on any given day he's great. Will we have to manage it for the rest of the year? Potentially. We've given him some days off and tried to make sure that he's 100% when he goes out there.

"He's on a strengthening program which he's probably a little bit behind on because of the surgeries and the lack of Spring Training. But hopefully we can find it and eliminate it so he doesn't have these issues and he can out there and do what he wants to do."

Is Span headed for a stint on the Nationals' already-crowded DL? With the All-Star Break coming up, it might be a good time to get the outfielder some rest, because the Nats need Span atop their lineup.