Quick Take: What do Washington Nationals do with Doug Fister?

Doug Fister gave up a three-run home run to right in his first relief appearance for the Washington Nationals after he was sent to the bullpen last week. What role will the 31-year-old right-hander play in the Nats' 'pen?

Share All sharing options for: Quick Take: What do Washington Nationals do with Doug Fister?

Matt Williams talked after Doug Fister's last start about the problems the 31-year-old right-hander has dealt with over the last few months as he's struggled to keep the ball down in the zone.

"For him it's about down," Williams said. "The down angle, the ball moving down, and when the ball is up it doesn't have a chance to do that, so it moves laterally, especially to the left-handers and they can stay on the baseball and hit it to the middle of the diamond."

Fister gave up two hits and a run in the first three innings of his outing against the Arizona Diamondbacks, but in the fourth the D-Backs connected for back-to-back home runs that put the Nationals behind 4-0 in what ended up a 6-0 loss.

"He felt good about coming out, it just didn't work out for him tonight. But I think he was in command, in the strike zone, he pitched fine." -Matt Williams on Doug Fister's relief appearance in LA

"If it's sinking then you find what you found in the first couple innings where it's rolling over, grounders, it's early count outs and he's in command," Williams said. "But when he gets up, it's a lot easier for a hitter to hit."

When the decision to move Fister to the bullpen and keep rookie Joe Ross in the rotation was announced, Williams explained what the future would hold for the veteran right-hander.

"He's willing to do whatever he can to help us win," Williams said. "So he was out there today and he'll continue to be out there and get innings where we can get him innings. But he's a team guy.

"He's ready to pitch at any moment to do whatever he can."

"It's a difficult task when you've been a starter for so long," Williams said. "But the opportunities for him will be long, that's kind of where we see it."

Fister got his first opportunity to pitch out of the bullpen last night in Los Angeles.

He retired the first batter he faced, Alberto Callaspo, and got a grounder from Alex Guerrero that should have been good for out no.2, but a throwing error by Ian Desmond put a runner on, and a walk to A.J. Ellis followed.

After another backwards K from Joc Pederson for out no.2, Fister gave up a three-run home run by Carl Crawford before he struck Jose Peraza out to end the game.

Williams talked about the outing after the Nationals' 8-3 win when asked for his thoughts on the right-hander's appearance.

"Good," he said. "It's unfortunate. We want to get him in there. He made a good pitch, we didn't make the one play and then the two-out, two-strike swing. But I thought coming out of the pen, I thought he was good. He had plenty of warmup. He felt good about coming out, it just didn't work out for him tonight. But I think he was in command, in the strike zone, he pitched fine." 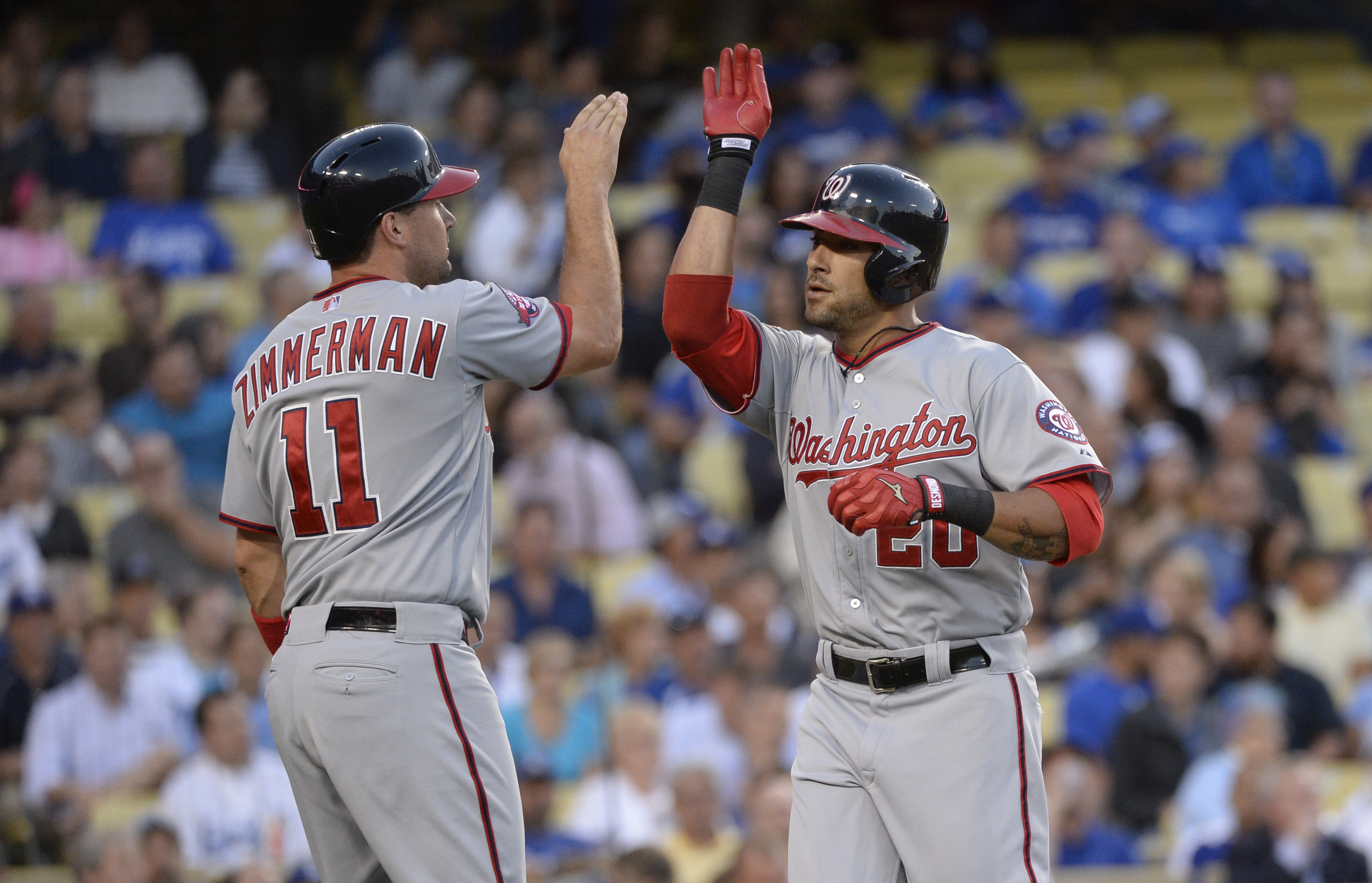 So how do the Nationals use Fister going forward? Is he a mop-up right-hander? Are they going to use him in anything even close to a high-leverage situation?

What does the future hold for Doug Fister?